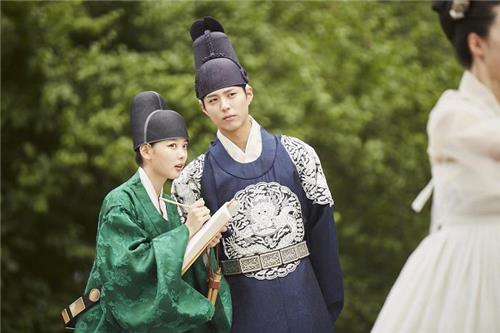 This is a 5.1 percent increase in viewership from the previous KBS Monday-Tuesday drama “Beautiful Mind” which had viewership ratings of 3.2 percent for its last episode.

Although KBS’s new Monday-Tuesday drama trails behind at last place in comparison to other competing dramas, this is a success considering the low average viewerships rating of 2 to 4 percent for its predecessor “Beautiful Mind.”

Actor Park Bo Gum, who was catapulted into popularity after tvN drama “Reply 1988,” makes his first drama appearance after seven months as the male lead in this story that fuses light romance into a historical drama. The story revolves around the comical and sweet love story between a oddball prince and female eunuch during the Joseon Dynasty.

Park Bo Gum shows a different childish and playful side in his acting, creating anticipation for him to overcome the “Respond 1988” jinx, where all of the actors from the series have seen mediocre results in their follow-up dramas.