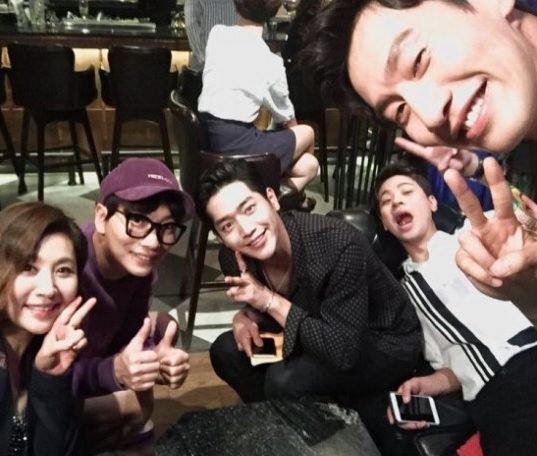 tvN’s remake of the hit HBO show “Entourage” is in the middle of filming as it gets ready to premiere later this year!

On August 25, actress Choi Myung Gil shared a group shot of some of the cast members on set to her Instagram, including actors Lee Dong Hwi, Seo Kang Joon, Park Jung Min, and Lee Kwang Soo. She explains in the caption that they were filming a scene in a club at the time.

Meanwhile, tvN has announced that the show will be premiering on November 4, at 11 p.m. KST, taking over the time slot of “Cinderella and Four Knights.” The show began filming in June, and is intended to be completed fully before its premiere.