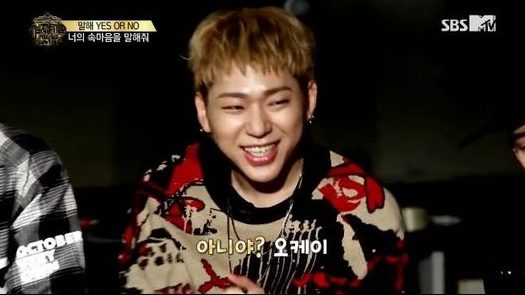 On the August 25 episode of SBS MTV’s “The Collaboration,” Block B’s Zico underwent a lie detector test with a popular toy that sends a little electric shock through your hand if it “detects” that you are lying.

Zico had to answer true or false to the statement: “I think I have the best musicality out of all the people here,” and Zico said it was false – “No, everyone has it.”

However, the lie detector found his answer to be a lie, making everyone laugh. Winner’s Kang Seung Yoon and Song Mino teased Zico, calling him arrogant while Zico reiterated that he thinks that everyone has musicality. At this Jay Park just told Zico to stop pretending to be humble and just go with it, as everyone continued to laugh at the funny situation. 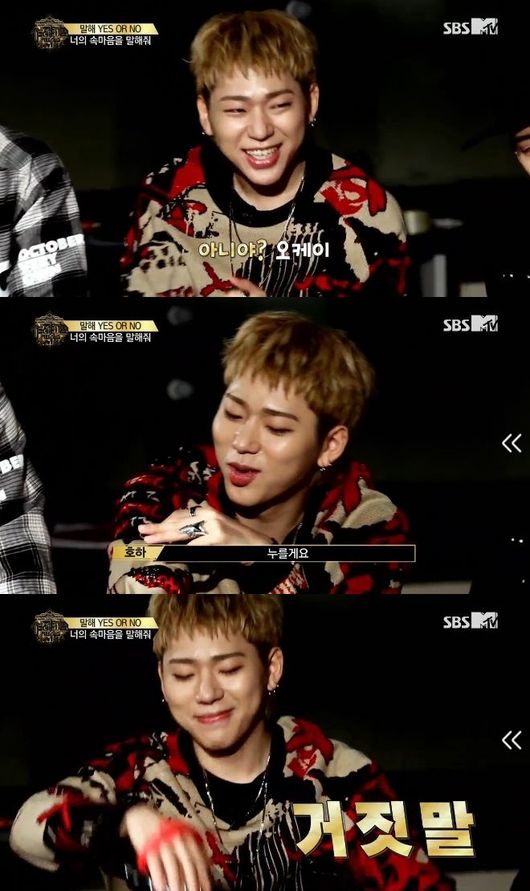 Block B
Zico
The Collaboration
How does this article make you feel?