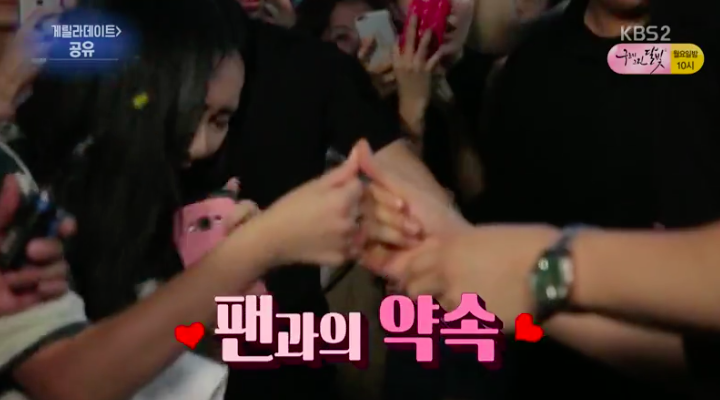 During his segment, Gong Yoo walks around the streets of Gangnam and interacts in person with the fans who swarm around him.

One fan who gets to come up and talk with Gong Yoo one on one is asked what she would like from Gong Yoo as a fan, and she cracks Gong Yoo up by saying, “When you announce your marriage plans, please announce it on the fan cafe first.”

“When I do it later…” Gong Yoo begins

The fan interjects, “But my heart’s not ready for it yet!”

Gong Yoo responds, “My heart’s not ready for [marriage] yet either.”

“But later on, if and when I actually end up [getting married], I planned to to announce it on my fan cafe anyways,” Gong Yoo.

Gong Yoo and the fan seal the deal with a pinky promise. 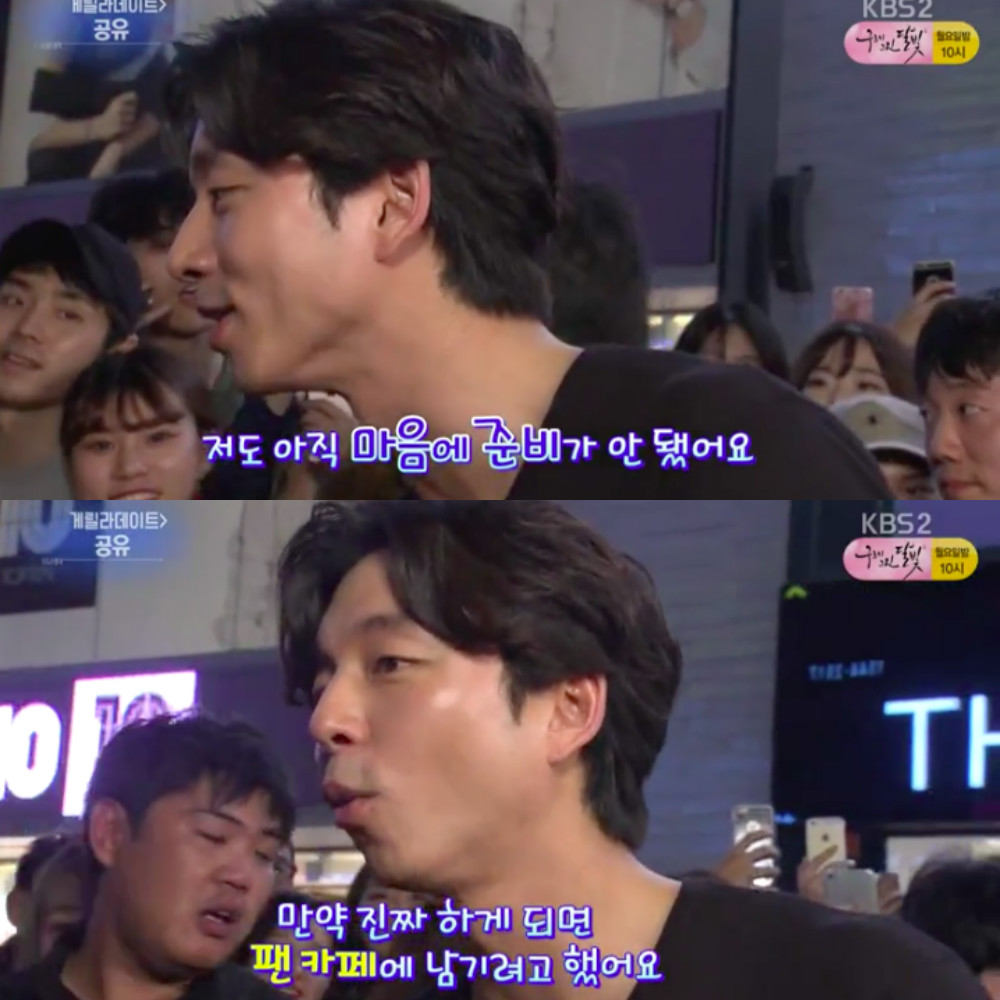 Meanwhile, Gong Yoo’s latest action flick “The Age of Shadows” is slated to premiere in September.

Entertainment Weekly
Gong Yoo
The Age of Shadows
How does this article make you feel?