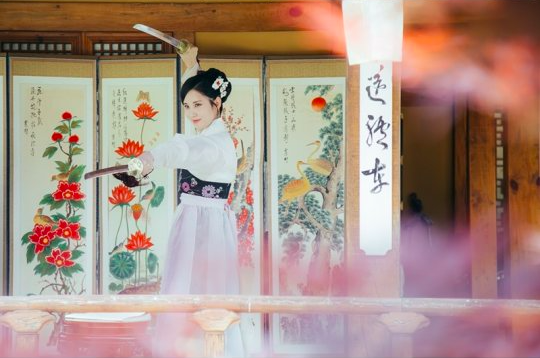 The caption to her picture reads, “Good Morning. The weather feels as though fall has suddenly come. Please be careful of catching a cold during the seasonal change. ‘Scarlet Heart: Goryeo’ airs its first episode at 10 p.m. on August 29. Everyone will watch it real time, right?”

In the picture Seohyun is brightly smiling next to a horse named Tobin. She is wearing a traditional hanbok while sporting an elegant expression. Seohyun stars in the drama as Woo Hee, the last princess of Baekje.

“Scarlet Heart: Goryeo” is about a 21st-century girl who travels to the Goryeo dynasty and gets involved in a fateful romance with a prince. Seohyun is set to star in the drama alongside Lee Joon Gi, IU, Kang Ha Neul, Hong Jong Hyun, Nam Joo Hyuk, and many others. The drama airs its first episode August 29 at 10 p.m. KST.

Scarlet Heart: Goryeo
Seohyun
How does this article make you feel?