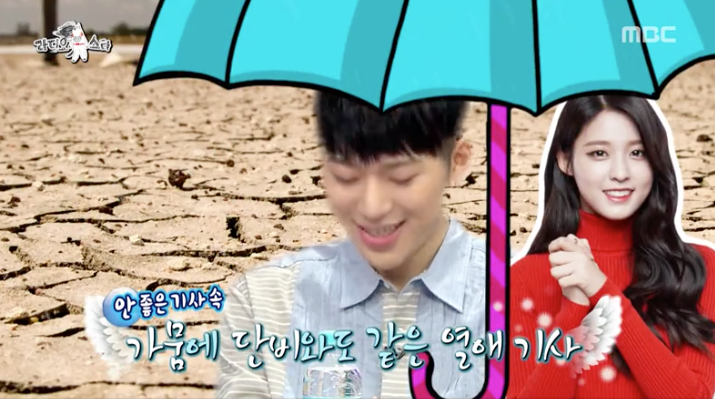 While on the show, Zico is inevitably bombarded with questions regarding his budding relationship with AOA member Seolhyun. When asked by the MCs what first made him fall for Seolhyun, Zico responds, “In the beginning, we just knew of each other and were in a sunbae-hoobae relationship, but as we cautiously kept in touch—you know how it goes—without a specific reason, you develop interest.”

Zico continues, “That’s how we started cautiously meeting up with one another, and our relationship developed from there.”

When asked by Simon D whether Zico played hard to get, Zico says, “My personality itself is the type that just doesn’t play hard to get.” 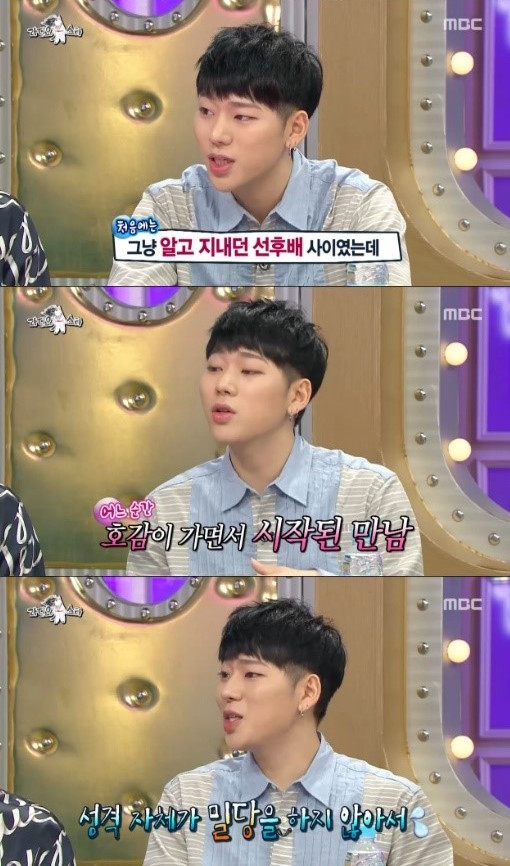 Simon D asks, “Then you read her texts as soon as they came?”

“Well, I couldn’t read them when I was working,” Zico says. “But I would after I’m done with work.”

MC Yoon Jong Shin notes, “As you’re talking, I can tell that you’re being a lot more cautious than usual. Do you have a specific reason for that?”

“I think it’s a given that I can’t help but be careful,” Zico says.

You can catch the full conversation on the latest episode of “Radio Star” on Viki below!

Block B
AOA
Radio Star
Zico
Seolhyun
How does this article make you feel?