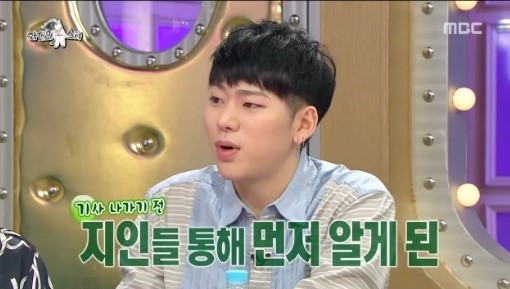 During the show, Zico answers questions regarding his recently revealed relationship with AOA member Seolhyun.

MC Yoon Jong Shin asks, “Did the dating news break without you expecting it at all? Because there are instances when the reporting agency will contact you first and say, ‘We’ve confirmed this news and are going to publish it.”

Zico responds, “I mean of course there were rumors circulating among our acquaintances. [They’d say,] ‘You guys were caught on camera,’ things like that.”

“I expected the news to break at some point, but I didn’t think the news would be released in such a sudden way,” Zico says. “Even before the news broke, though, I would get a lot of calls from people I don’t really know asking me, ‘Are you in that kind of relationship with that person.’ I got a lot of calls like that. So I didn’t think [the news] was that significant.” 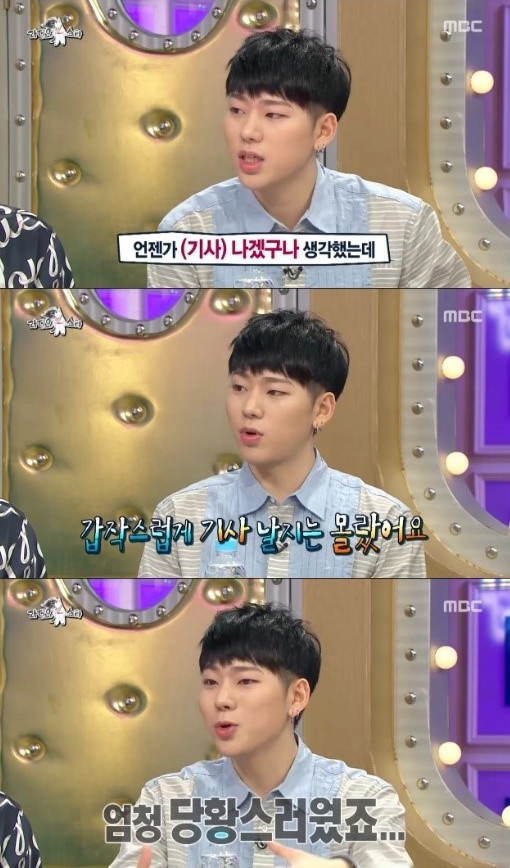 However, when the news broke, Zico reveals he was extremely flustered. “I was in Japan [when the reports were published], and I was sleeping when I got a call from the head [of my agency].”

“I looked up the news article and was extremely shocked,” Zico says.

You can watch the full episode of “Radio Star” featuring Zico on Viki below!

Block B
AOA
Radio Star
Zico
Seolhyun
How does this article make you feel?