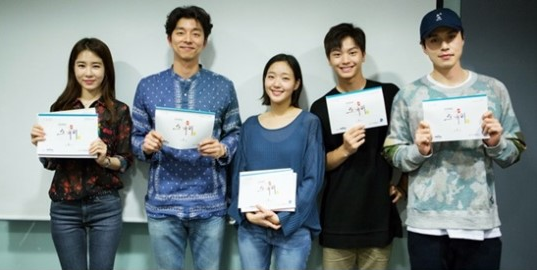 tvN’s upcoming drama, “Goblin,” has held its first script read-through with the cast. 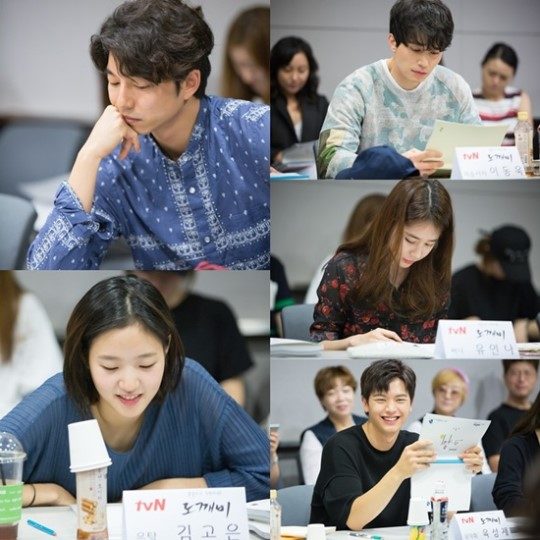 Although it was the first meeting for the full cast, they were completely absorbed in the script during the four-hour session. Gong Yoo is playing the goblin Kim Jin, while Kim Go Eun is playing a high school girl named Ji Eun Tak.

Lee Dong Wook showed off his charisma in the role of a grim reaper (or angel of death), while Yoo In Na made everyone laugh with her lines as Sunny, a chicken restaurant owner. Yook Sungjae, who plays Yoo Duk Hwa, the son of a wealthy family, was energetic throughout the read-through.

The production staff stated, “Writer Kim Eun Sook and producing director Lee Eung Bok took the lead. The script read-through was passionate and the actors all matched well together. We have confidence that we can make a production that will conclude 2016 with a flourish.”