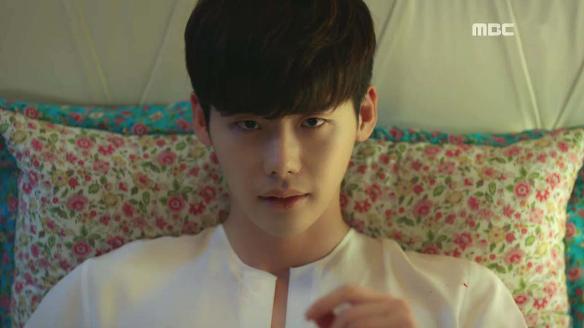 In Episode 10, Lee Jong Suk’s character, Kang Cheol, is shot after a dramatic confrontation and requires the help of Oh Yeon Joo (Han Hyo Joo) to get away. 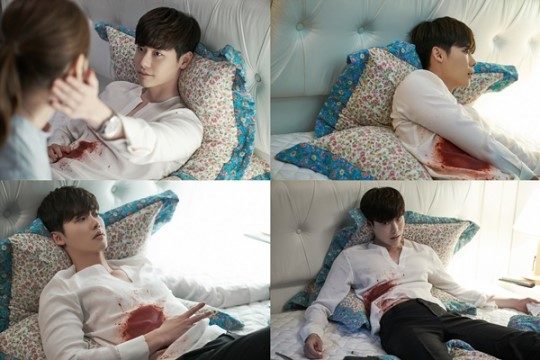 In the photos, Lee Jong Suk can be seen absorbed in his role and using intense expressions to convey his emotions since his character cannot easily physically move.

A source from Green Snake Media, the production company, said, “Lee Jong Suk is a clever actor. There are times when the false and true identities act differently, but he portrays the conflict in identity very well. Because of its format, ‘W’ presents some unique challenges to its actors, and he deals with them very naturally. Even in difficult scenes he carefully walks the line between the false and true identities.”

They added, “In order to portray the spectacular and speedy storyline development, the actors are sparing no energy. Lee Jong Suk said he used to learn taekwondo, so the fighting scene came out really well. In addition, the special effects team at MBC are also working hard to create good quality scenes for ‘W.'”

“W” airs every Wednesday and Thursday on MBC. Catch the drama exclusively on Viki!