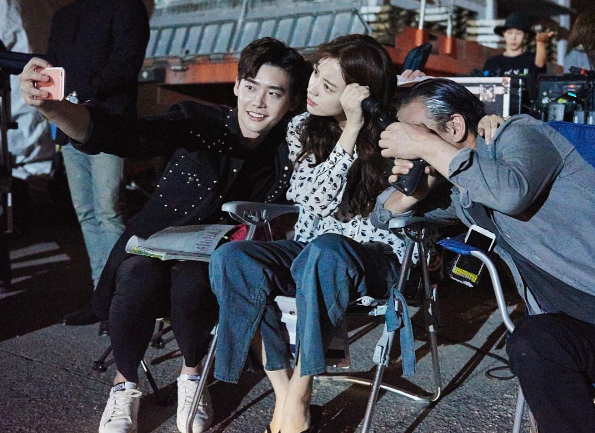 On September 6, “W” posted a photo (above) of the three main cast members on its official Instagram, with the caption, “A new type of family photo. The wife is in danger, but [Kang] Cheol is too happy.” Kim Ui Sung is pictured holding a toy gun to Han Hyo Joo’s head, while Lee Jong Suk is all smiles to the side.

Previously, Kim Ui Sung posted a similar photo on his Instagram, in which he says, looking as scary as ever (spoiler alert for episode 13), “The day that two out of the three died.” 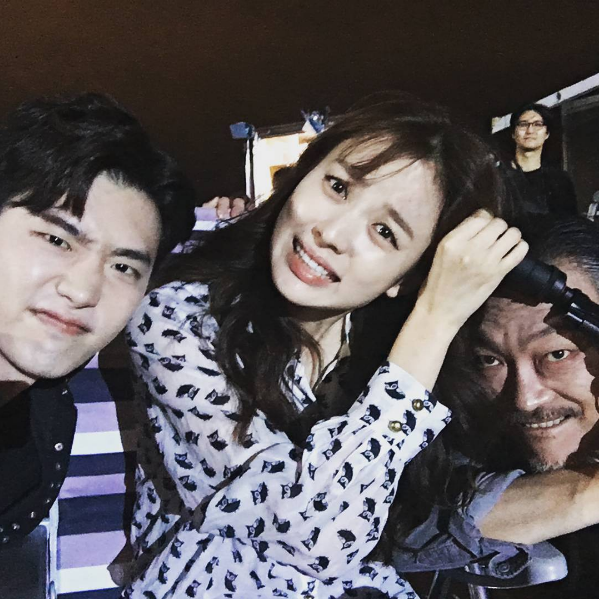 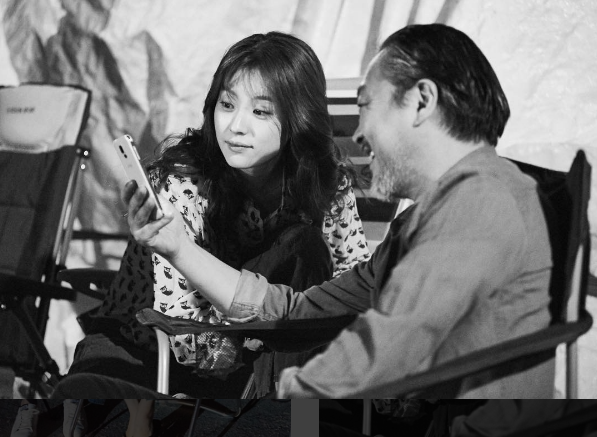