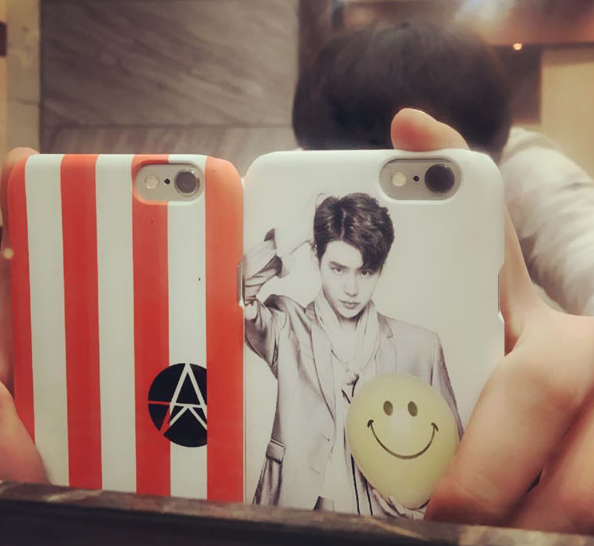 Lee Jong Suk, who is currently starring in the Wednesday-Thursday drama “W,” recently displayed his new phone cases, with one containing a familiar image!

The actor uploaded the picture on his personal Instagram with the caption, “How’s this? Is it not good?”

In the image, Lee Jong Suk is holding two phone cases: one with orange stripes, and one with his face printed on the case. Many fans have responded to the photo, expressing their desire to get one.

With three episodes left in the series, “W” is currently garnering much interest, as the ending for the series has reportedly been confirmed. Episode 14 will be airing on September 7 10 p.m. KST.