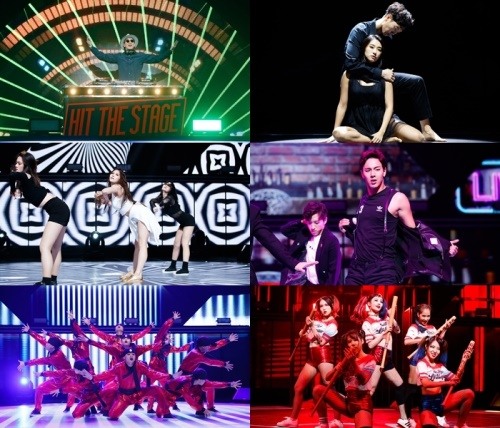 “Hit the Stage” continues its fourth competition in September 7’s episode, with the first group of celebrity dancers stunning with the crowd with their performances under the theme of “Crazy.”

SISTAR’s Bora is up first in this episode, and although she is experiencing a lot of pain due to her injury, Bora pulls through to the end with a contemporary dance routine.

Lovelyz’s Mijoo is next with the Miro Crew, putting on a sexy performance in contrast to her usual cute Lovelyz image. She earns 139 points, beating Bora.

The third performance is a special performance from the JUST JERK team that won the Body Rock 2016 competition.

The fourth performance is from MONSTA X’s Shownu with Prime Kings and D.Q., earning 160 points.

The final stage this week is from Nicole with 3D Color, channeling Harley Quinn, and earning 162 points, placing first for the first half of the fourth competition.

What was your favorite performance from this first part of the competition?

shownu
Mijoo
Bora
Nicole
Hit the Stage
How does this article make you feel?