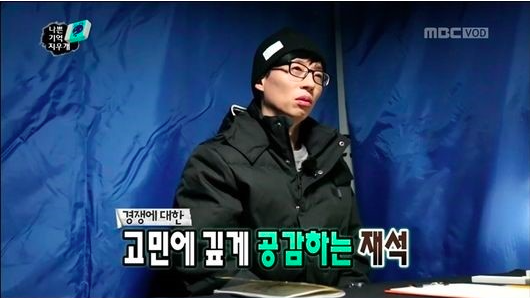 On September 8, South Korea’s Ministry of Health and Welfare announced that MBC’s “Infinite Challenge” will receive a commendation from the Minister (Jung Jin Yeob) on September 9 at the Seoul Yangjae aT Center’s Grand Hall for their March 5 episode called “Bad Memory Eraser.” This episode contributed to raising awareness on suicide prevention.

The Ministry of Health and Welfare commented, “The ‘Bad Memory Eraser’ episode shed light on the severity of suicide. Celebrities such as Yoo Jae Suk and the cast members lent their talents to the production of a promotional video that had a big role in raising awareness and interest in suicide prevention to the masses.”

During this particular episode, the cast members listened to the concerns and difficulties of the youth and gave warm encouragement.

According to South Korean law, September 10 is Suicide Prevention Day, which serves to create a proactive society that spreads awareness of the risks of suicide and the need for prevention.