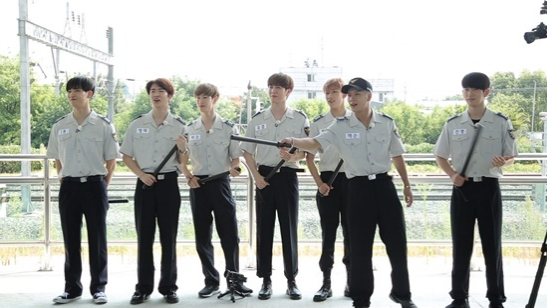 GOT7 makes a cameo in the latest episode of “Running Man,” where they get to play a version of the fan-favorite name tag ripping game!

In this episode, the cast members have been dressed up in prison uniforms and are being transported by train to “prison.” While on the journey, they stop at a station for some hard labor. Waiting for them on the platform is GOT7, who have donned prison guard outfits for their role!

The cast members’ mission on the station platform is to stamp ten thousand envelopes in twenty minutes. The cast protests at the seemingly insane task, but the clock begins, and right away Jackson yells at them to make the stamps look pretty. 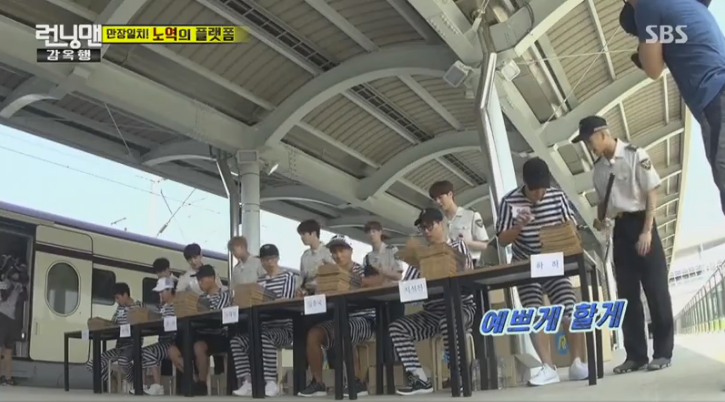 The members quickly find ways to do it a bit faster by flipping through a stack of envelopes like a flip book and stamping the corners, but JB points at them and says, “Do it honestly!” Yugyeom protests, “Don’t use tricks!” 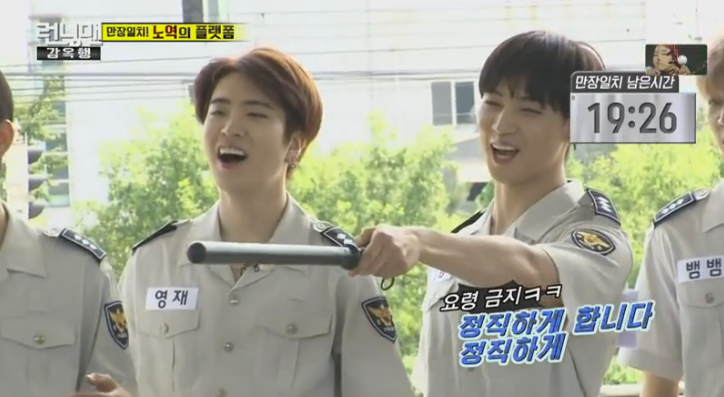 As they continue stamping and complaining, Jackson gets really into the role, yelling at the cast in his imperfect Korean, “Sit down!” and “Stop talking!” 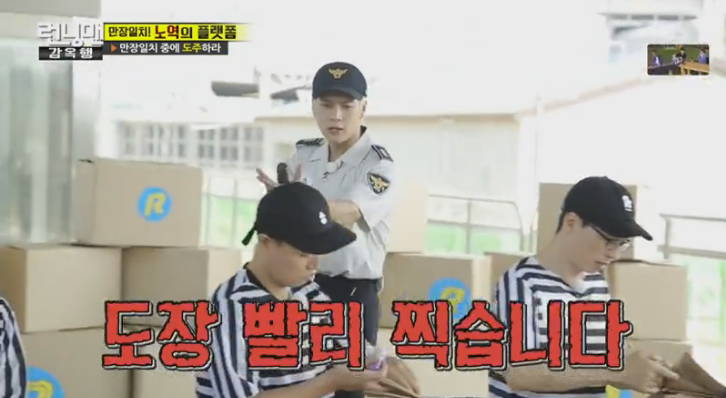 The twist is that some of the envelopes have a message on them that reveals that the cast members can escape from their fate of going to prison if they manage to make their way to the getaway car in the parking lot without having their name tag ripped off by a guard. Also, if they take off a guard’s name tag, the guard is unable to make any movements for a full minute.

Although the members one by one find the message and try to make their escape, the guys of GOT7 prove to be formidable opponents. At one point, Lee Kwang Soo complains about how they’re all so good, and Jinyoung says, “It’s because we’re a bit younger than you.” Lee Kwang Soo yells back, “Be quiet! I’m ‘Running Man”s maknae!” as the guys laugh.

Watch all the fun below!

GOT7
Lee Kwang Soo
Jackson
Yugyeom
JB
Running Man
Jinyoung (GOT7)
How does this article make you feel?