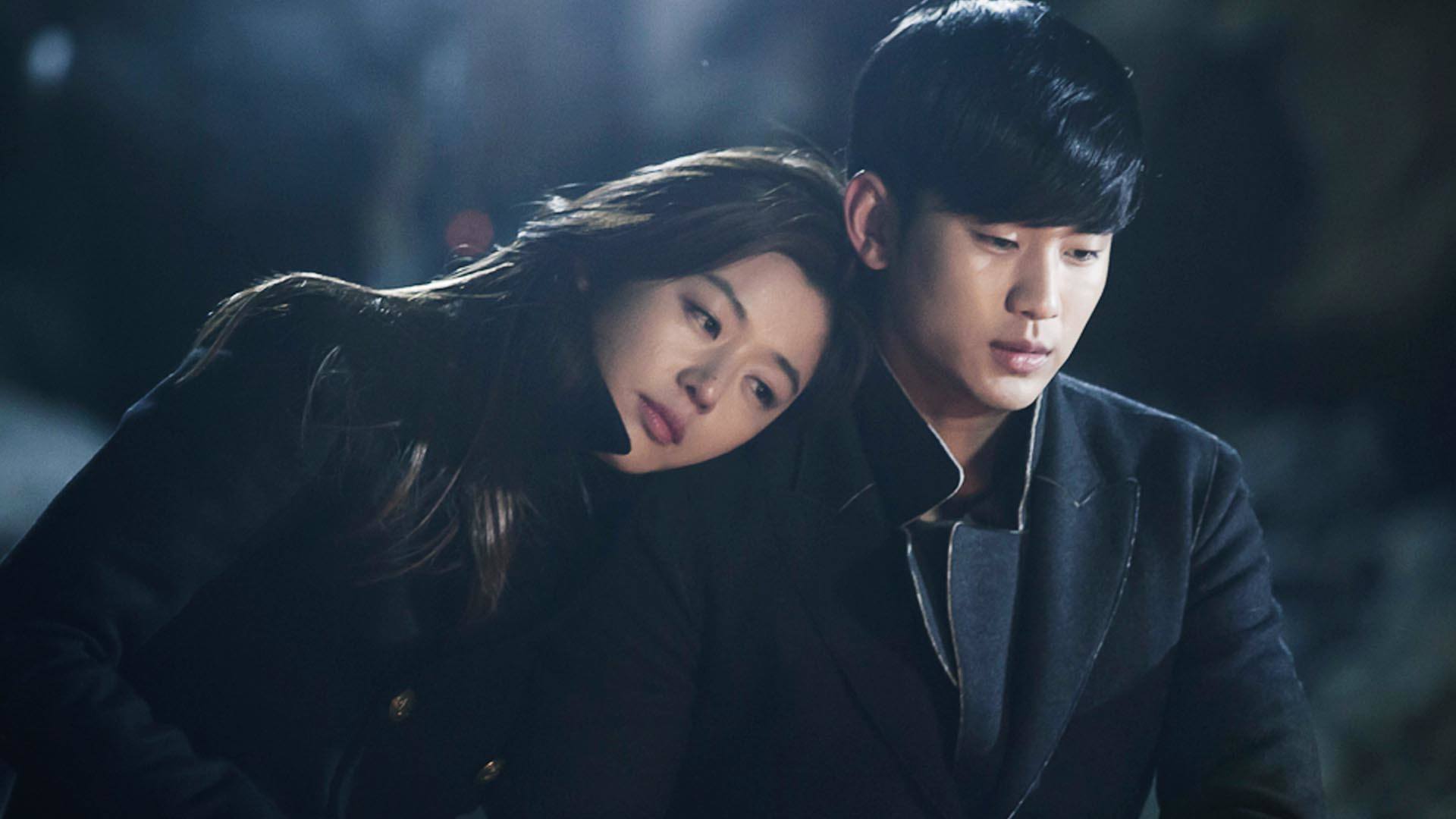 11 Actor Pairs Who Have Played Couples More Than Once

Thinking about couples that reunite onscreen is like a chicken-and-egg question. Were they cast in more than one drama together because of how good they look together and how great their chemistry is? Or did they develop that chemistry by having worked with each other previously?

Like the chicken-and-egg question, perhaps we will never find out. What’s most important, though, is that we drama fans get to enjoy these awesome couples more than once! 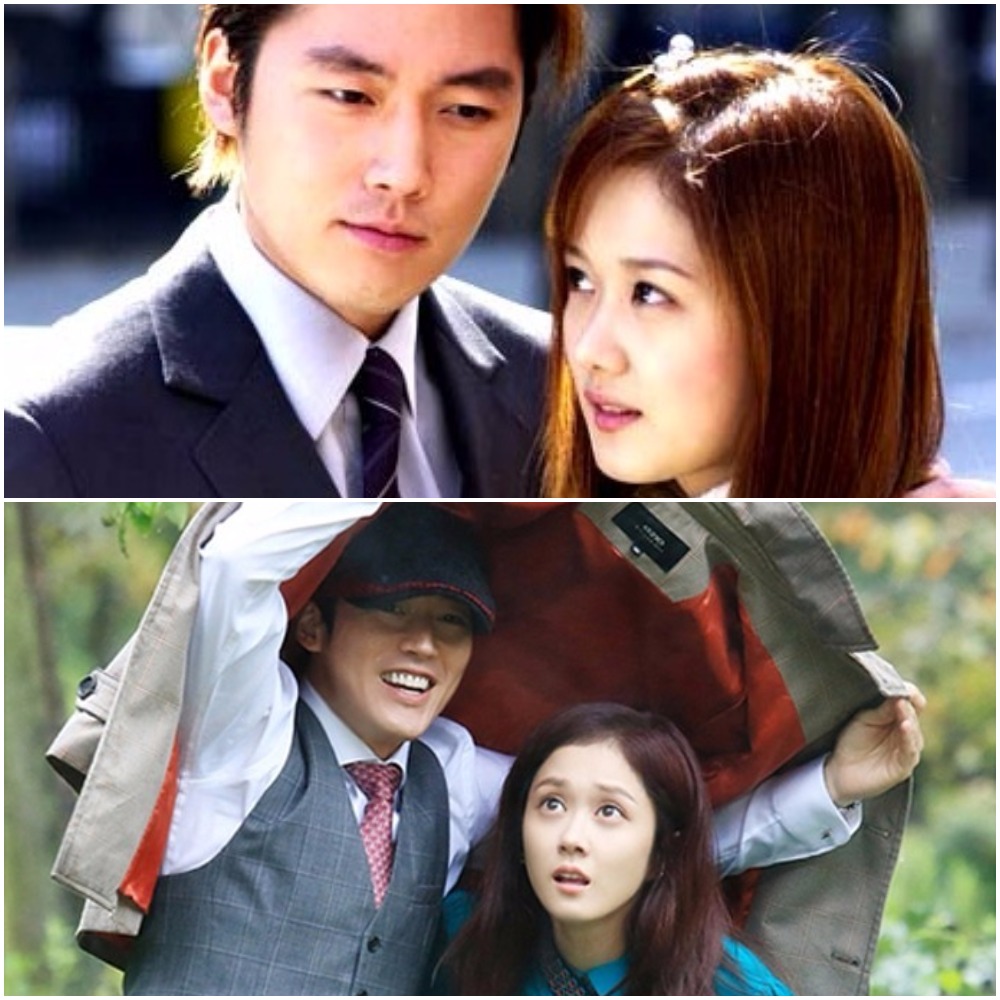 Jang Hyuk and Jang Nara had such great chemistry in “Fated to Love You” that it comes as no surprise that the two actually collaborated when they were rookies, in “The Successful Story of a Bright Girl”.

Truth be told, however, Jang Hyuk confessed that he never kept in touch with Jang Nara in the 12 years after the first production. Yet they were surprisingly comfortable with each other when they reunited for “Fated to Love You”. In fact, they were so good, they were cast together for the third time in a one-episode special called “Old Goodbye“. 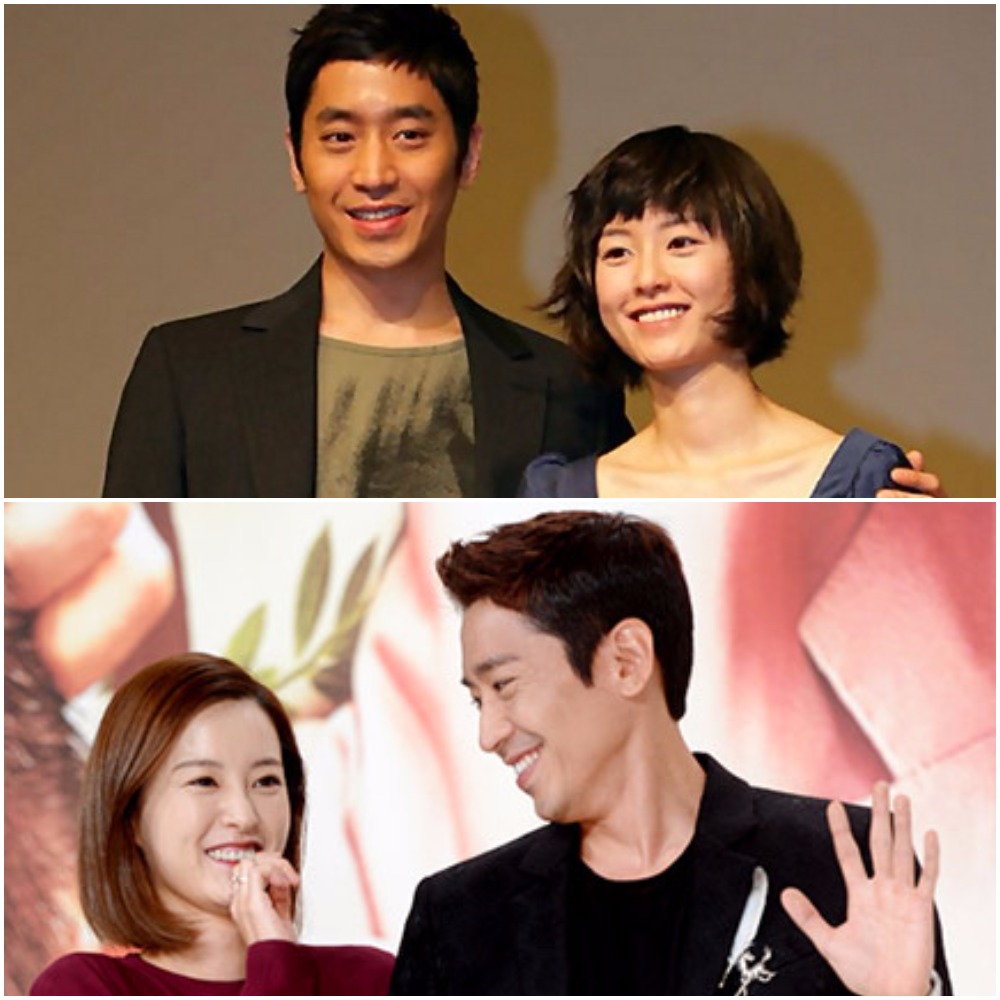 It’s always exciting to hear of Eric Mun taking on a new drama, but nothing beats finding out that he’s working with a costar from several years ago. Eric Mun and Jung Yoo Mi first collaborated in “Que Sera Sera” in 2007, and then reunited in “Discovery of Love” in 2014. Needless to say, their chemistry improved by leaps and bounds by the time “Discovery of Love” aired.

What’s most interesting, however, is the fact that there are more similarities between the two productions than one would expect. Short of spoiling it, both dramas featured honesty in love as a theme, and had interestingly artistic filmography.

Check out the first episode of “Discovery of Love”! 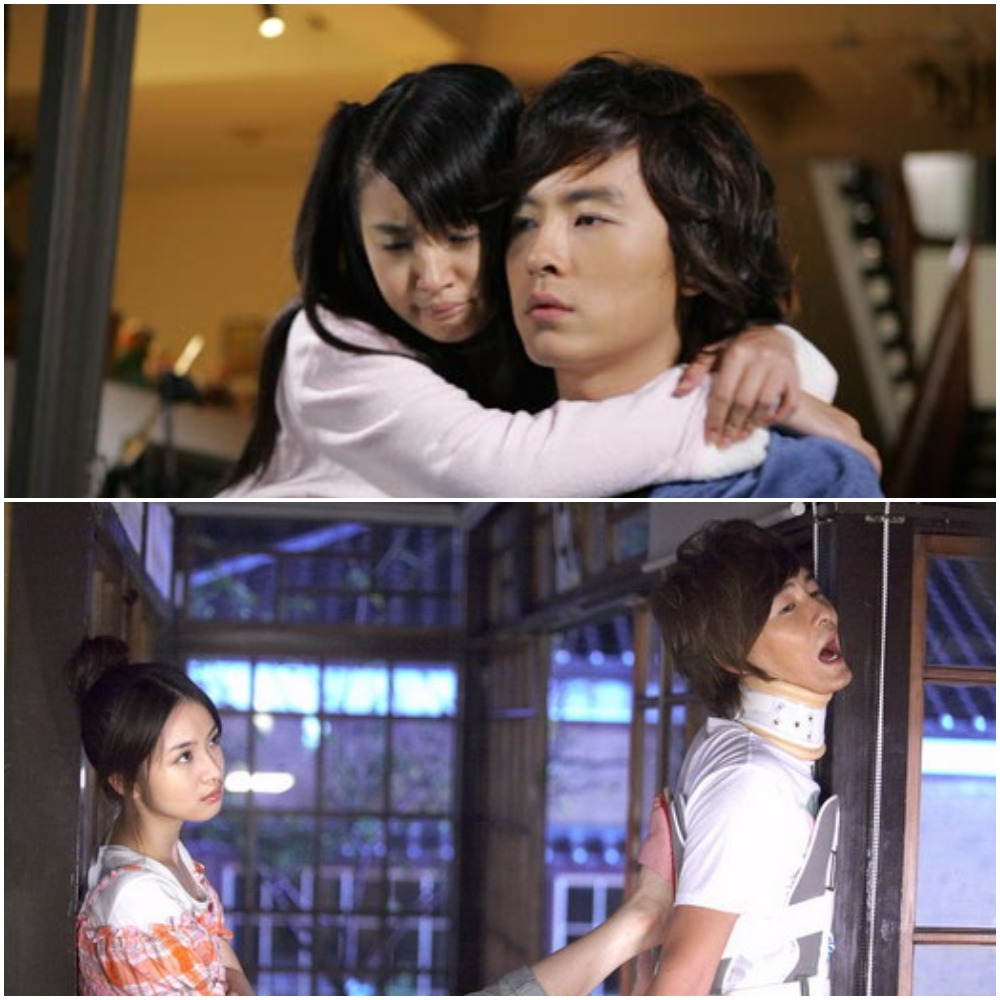 Undeniably the “it” onscreen couple of Taiwanese dramas, at least in the 2000s, Joe Cheng and Ariel Lin not only starred opposite each other in “It Started with a Kiss” and its sequel “They Kiss Again,” but also headlined the romantic comedy “Love or Bread.”

It is no secret that the two are close friends in real life and the two have gotten so close over the years that Joe Cheng once described his relationship with Ariel Lin as ‘closer than family.’ In fact, they most recently collaborated – and came in first – in a Chinese reality competition show called “Race the World,” which pit celebrity duos against each other.

Mike He and Rainie Yang 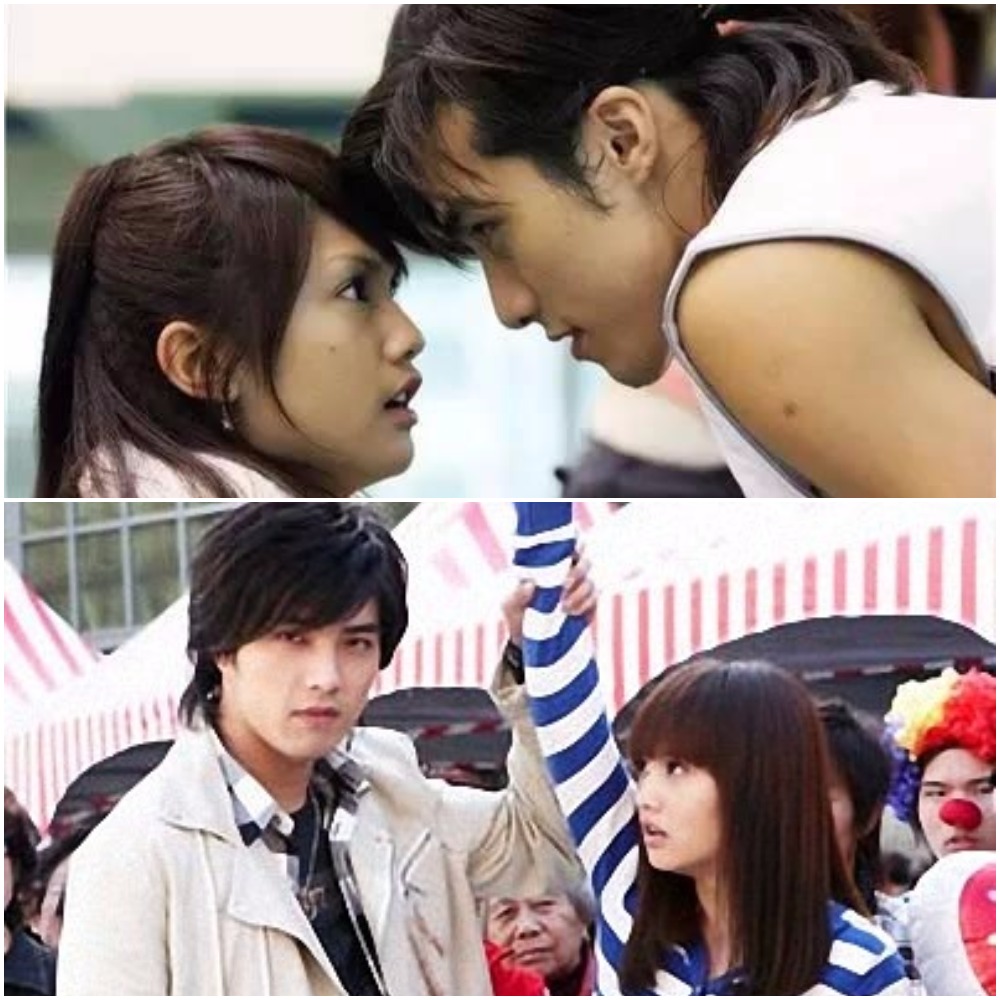 Probably the next most recognized couple of Taiwanese dramas, Mike He and Rainie Yang starred in two romantic dramas together, “Devil Beside You” and “Why Why Love.” Both dramas are not just about romance, however, as they also raise interesting questions about familial relationships.

Considering how active they both are in terms of acting, it’s a real shame we haven’t seen them together since 2007. Their chemistry remains one of the best we’ve seen in Taiwanese dramas. Here’s hoping we’ll one day get to watch them both again! 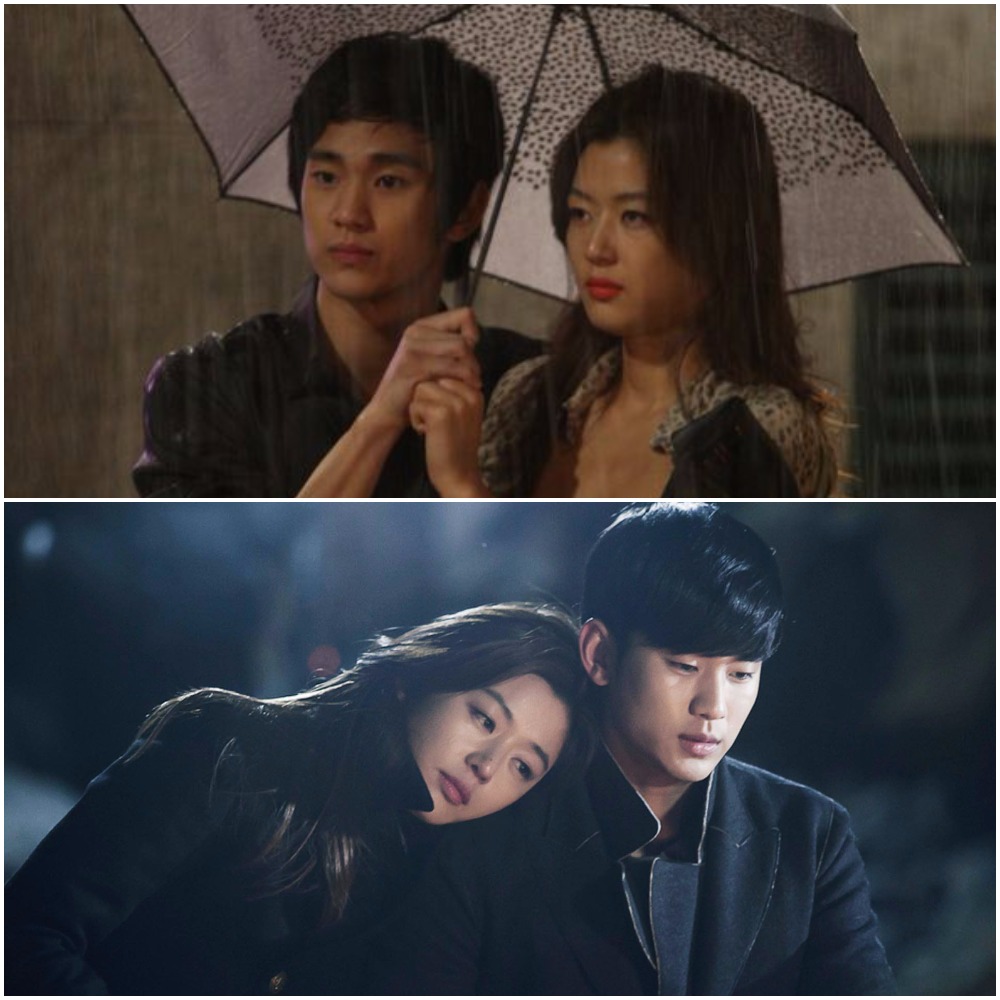 What’s interesting is that “My Love From The Star” almost didn’t turn out the way it did. Jun Ji Hyun nearly rejected the role, and it was thanks to the producers and Kim Soo Hyun himself who persuaded her to take it up.

Thank goodness the two met on “The Thieves”, then, for if not the world would not know Cheon Song Yi as we now do. Relieve the first episode of “My Love From The Star”: 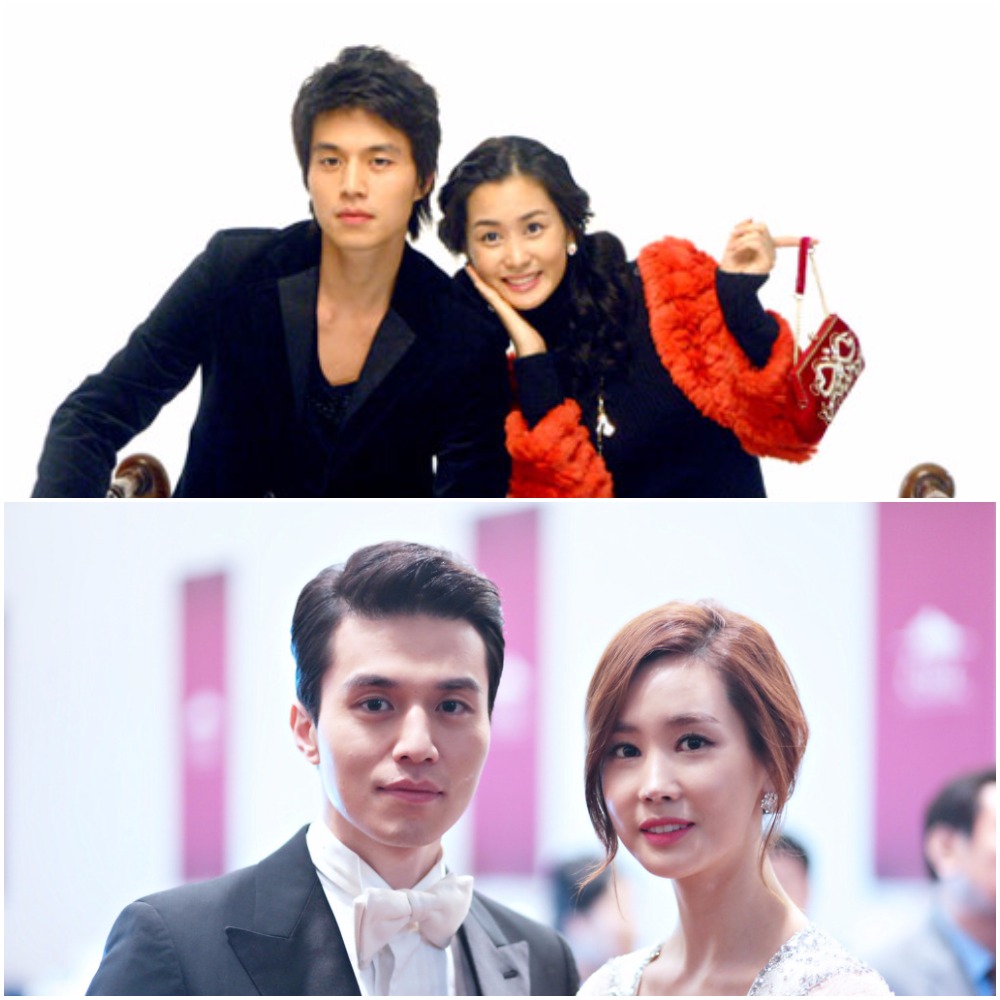 I remember the day “Hotel King” was announced. Oh yes I do!

“My Girl” was the first K-drama I watched and went crazy over, and it meant so much to me (and all the older K-drama fans out there) that Lee Dong Wook and Lee Da Hae were reuniting in another drama.

As you might expect from a reunion nine years after the first collaboration, “Hotel King” is quite unlike “My Girl” in terms of the story being more mature and heavier. The chemistry between the two is unbeatable, though. 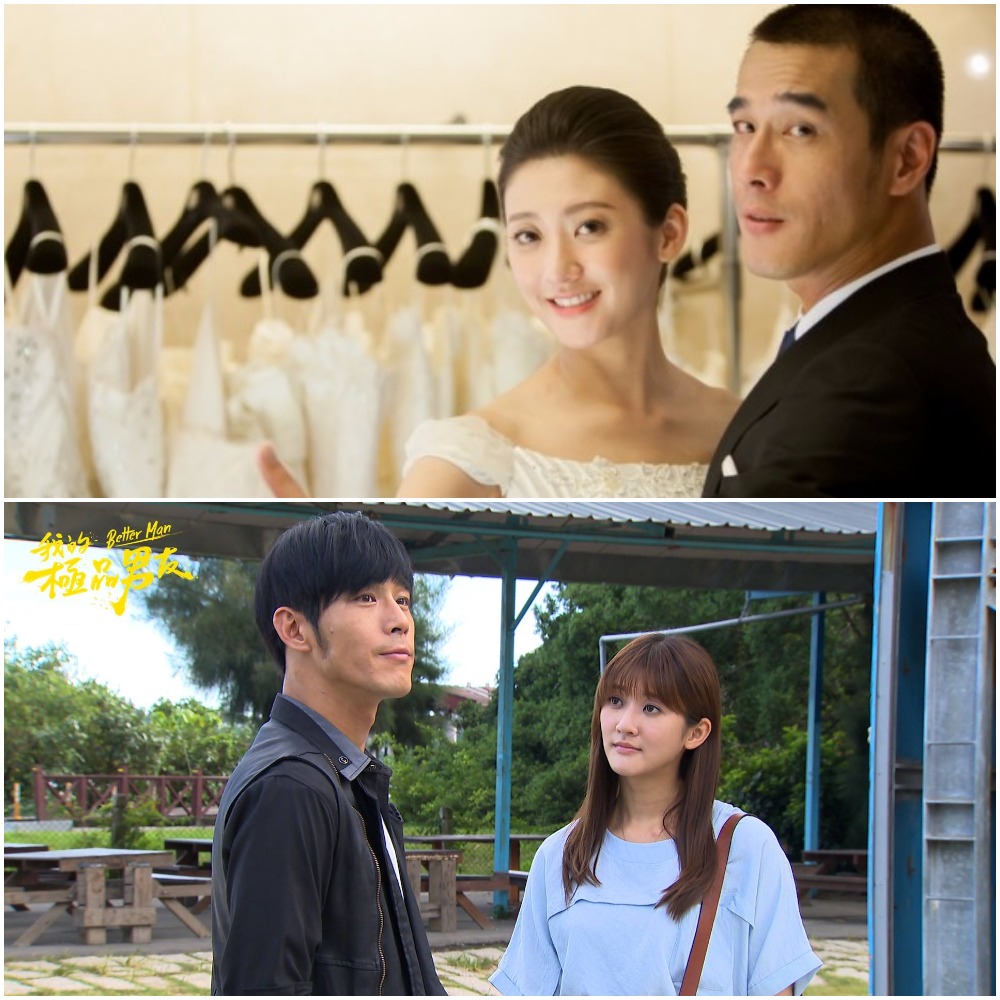 The recently-concluded Taiwanese drama “Better Man” may have starred three couples, but Tender Huang and Shara Lin stole the show with their electrifying chemistry. Now that’s not unexpected. Prior to “Better Man,” the two had a whopping 130 episodes of experience acting as a couple: they had previously shared a heart-wrenching love story in the long-running production “If God Loves.”

Your favorite will depend on preference. “If God Loves” is more like a tragedy with a happy ending, while “Better Man” is happier and more fun. Check out the first episode of “Better Man”: 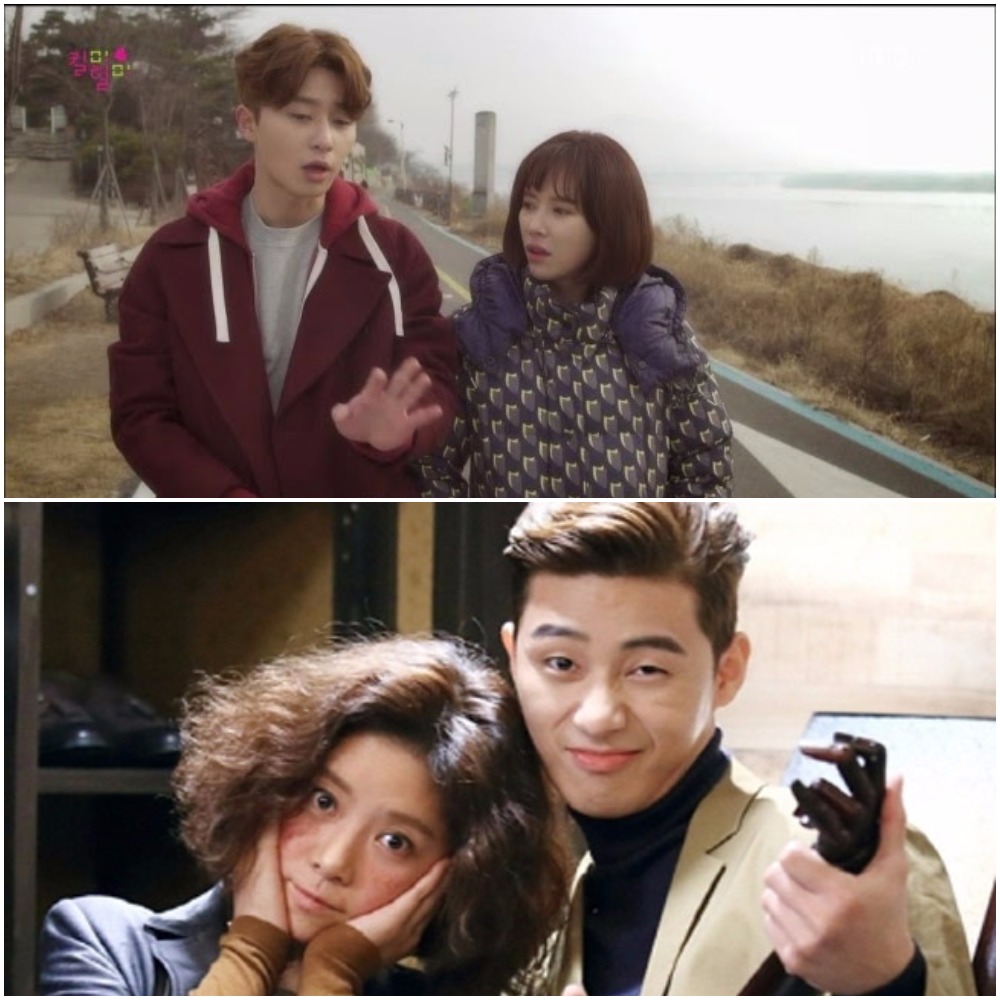 When Park Seo Joon and Hwang Jung Eum were announced as the leads of “She Was Pretty,” I thought it was made just for everyone who liked the chemistry between the two in “Kill Me, Heal Me,” but had problems embracing the adopted siblings having slightly romantic undertones.

While “Kill Me, Heal Me” might have been a little disconcerting in that sense, “She Was Pretty” was easier on all our hearts. It definitely helped that the two play starkly different characters in “She Was Pretty.” 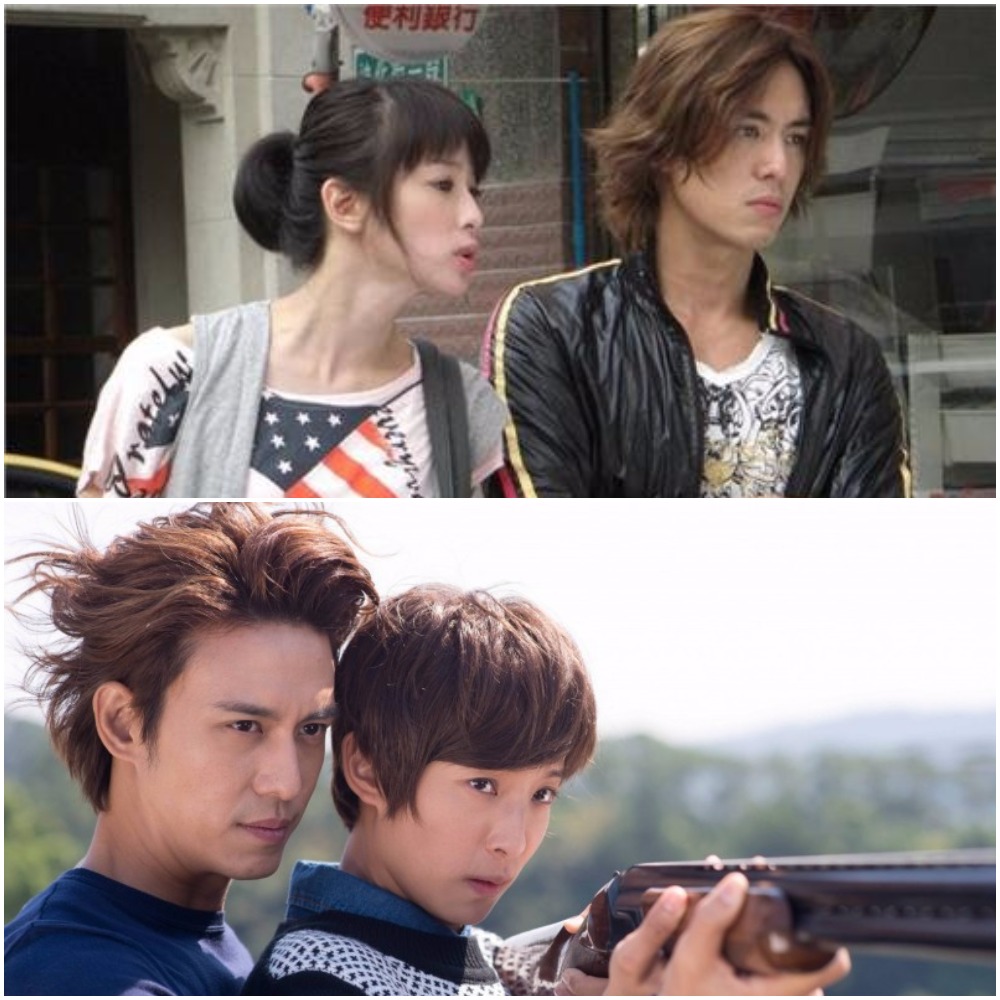 You’ve probably watched the hit series “Bromance” by now. But did you know that “Bromance” wasn’t the first time Baron Chen and Megan Lai played a couple? The two were first paired up in six years ago in a short drama featuring the workings of the entertainment industry, “Because of You.” In fact, word has it that the producers of “Bromance” decided to star them after watching “Because of You”.

It may come as no surprise that Baron Chen and Megan Lai have always had such good chemistry onscreen. They go way back and even before “Because of You” – apparently they were in the same high school and have known each other since then. 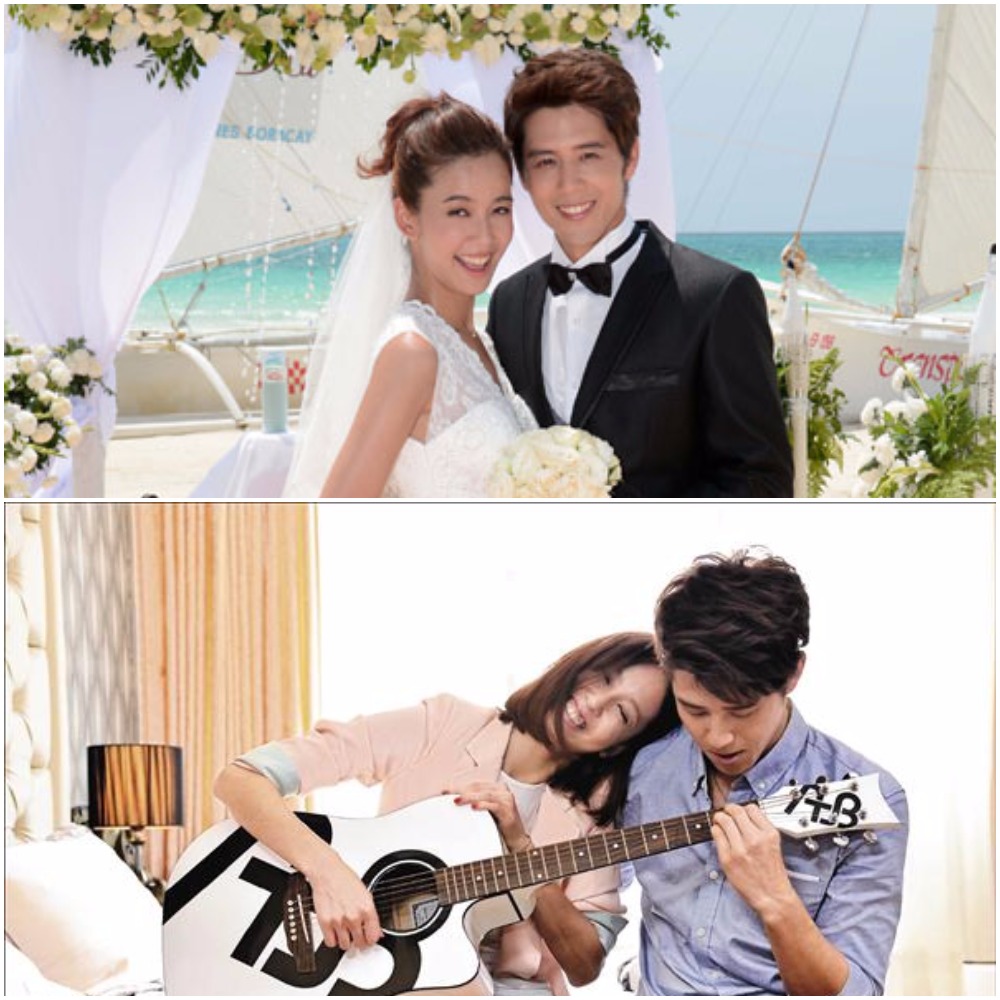 While both George Hu and Annie Chen have always had good chemistry with their costars, watching them play a married couple in “Love, Now” was enthralling to say the least. Luckily for us, the same producers quickly followed up with “Love Around” starring the both of them less than a year later. Unlike most onscreen reunions which usually star completely different stories and characters, “Love, Now” and “Love Around” were both romantic comedies with emotional ups and downs. George Hu and Annie Chen also played characters which were quite similar.

Check out the first episode of “Love Around”: 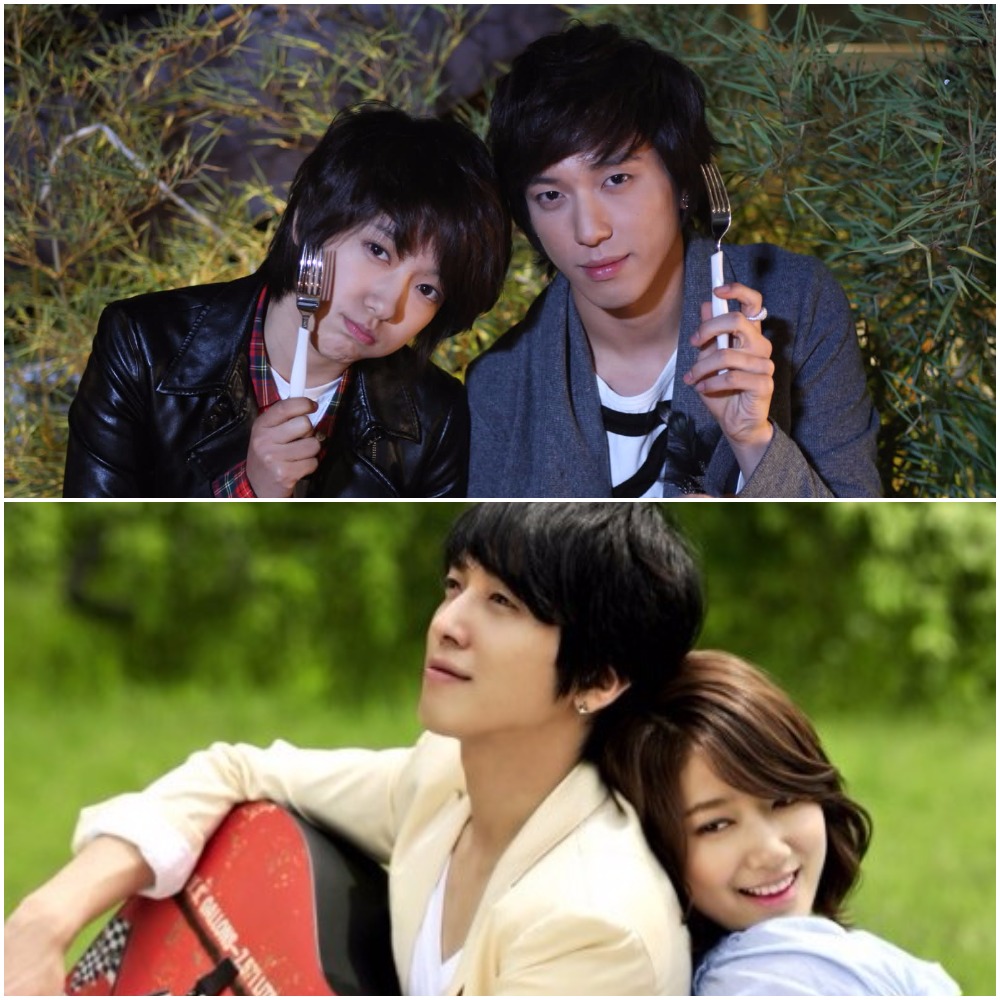 Soompiers! Which onscreen couples would you like to see reunite in dramaland? Tell me in the comments below!

10twentyeight grew up watching dramas, has been blogging about them for the past six years, and is quite obsessively crazy about them. She is currently dreading the thought of her summer break drawing to a close, and is not at all looking forward to going back to cold weather.