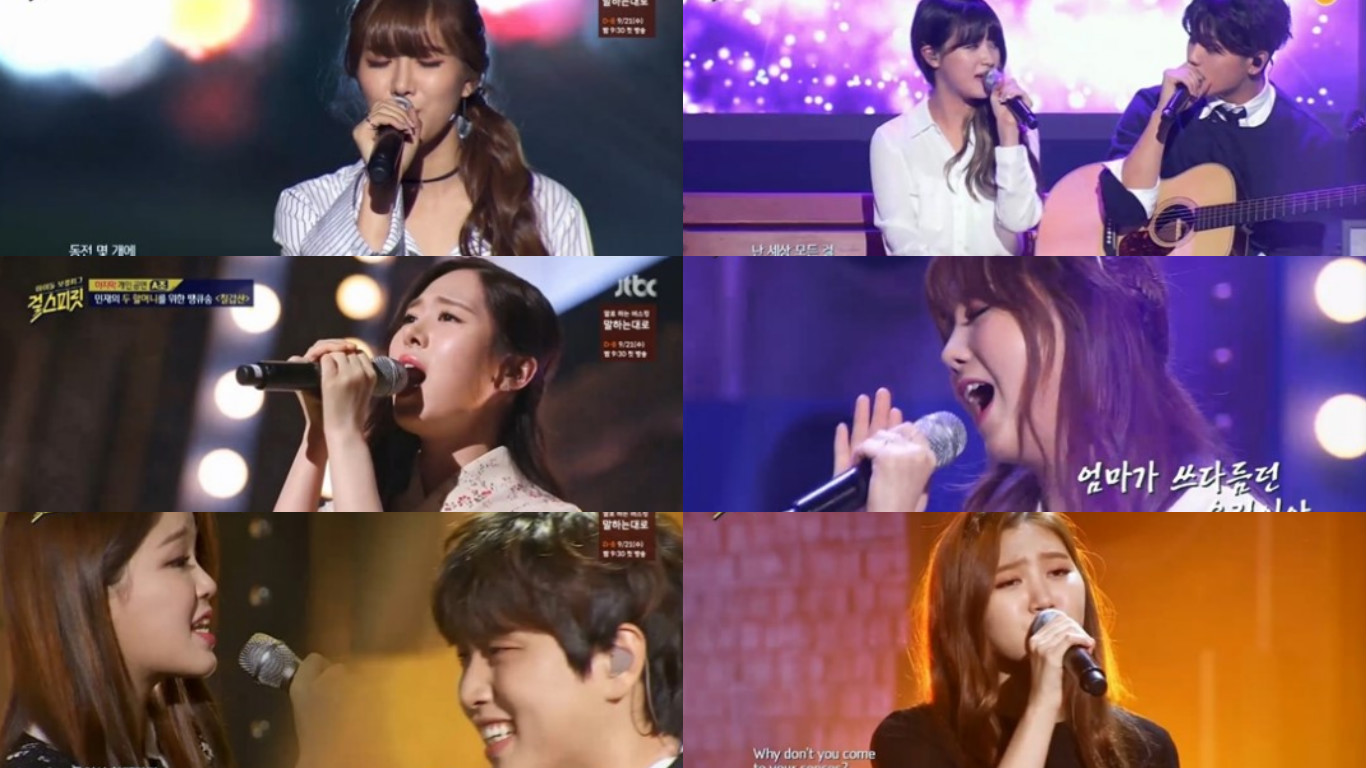 Watch: “Girl Spirit” Members Thank Their Loved Ones Through Song

The theme of the September 13 episode of JTBC’s “Girl Spirit” was “thank you.” Each of the competitors selected a song to sing to a particular person in their life they wanted to thank.

First up was Cosmic Girls’ Dawon, who chose “Yanghwa Bridge” by Zion.T and dedicated the performance to her father. Lee Ji Hye commented, “Now I think I understand Dawon’s voice. Today’s performance was on a whole new level.”

Seo In Young agreed, saying, “I think it was sadder than Zion.T’s version.” Dawon got 158 points.

Next was SONAMOO’s Minjae, who sang “Chilgapsan” in honor of her two grandmothers. Before the performance, she said, “At first I couldn’t enjoy my performances because I was greedy to come in first place. Now I think I’ve gained confidence in myself after performing alone.” Minjae got 148 points.

Performing third was Oh My Girl’s Seunghee, covering Kim Dong Ryul’s “Walking With/Accompany” for her older sister. For her performance, she teamed up with B1A4’s Sandeul, showing off his powerful vocals. Together they had good harmony and got 148 points.

CLC’s Seunghee also chose to perform a duet and covered “All For You” with Sam Kim. Seunghee dedicated the song to everyone who supported her. Lee Ji Hye and Seo In Young were a little critical of her performance and in the end she got 123 points.

Lovelyz’s Kei dedicated her performance to her mother, singing “My Sound” and “As I Live” from the musical “Seopyeonje.” Her older sister, a dancer, joined her in the performance. Seo In Young commented, “Kei creates good performances. It was like watching a musical.” Kei got 168 points, putting her in the lead.