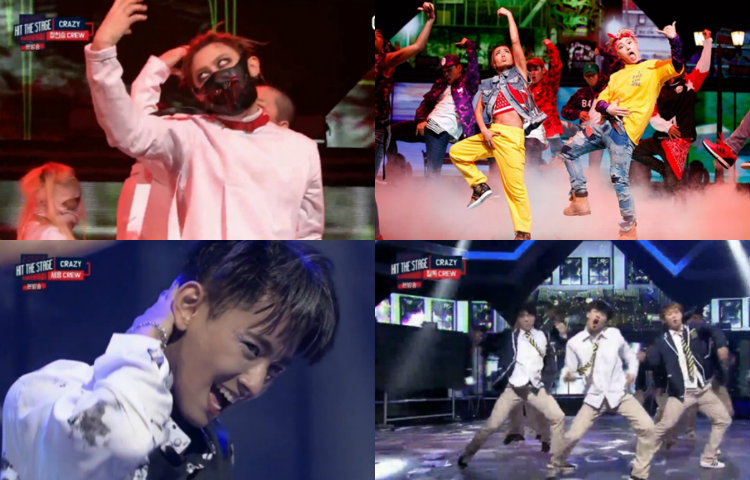 “Hit the Stage” continues its fourth competition in September 14’s episode, with the second group of celebrity dancers stunning with the crowd with their performances under the theme of “Crazy.”

The first part of the fourth competition featured MONSTA X’s Shownu, Lovelyz’s Mijoo, SISTAR’s Bora, and Nicole, which you can watch here.

MYNAME’s Seyong is up first in this episode and his performance portrays the story of an angel who fell from the heavens because of love. Unfortunately, he only receives 130 points and cannot beat Nicole, who earned the highest points during last week’s episode with 162 points.

Block B’s U-Kwon is next and he tops Nicole’s score by eight points with his mesmerizing performance.

The third performance is from Jang Hyunseung, receiving many compliments for his powerful performance. However, he is not able to beat U-Kwon.

The fourth performance is from BIGSTAR’s Feeldog, portraying students who are going crazy because of stress. He falls two points short of beating U-Kwon, resulting in U-Kwon winning the fourth competition of “Hit the Stage.”

There is also a special stage by J-Black and Blank Crew for the “Crazy” theme of the fourth competition.

What was your favorite performance from this second part of the competition?

Jang Hyunseung
seyong
U-Kwon
FeelDog
Hit the Stage
How does this article make you feel?