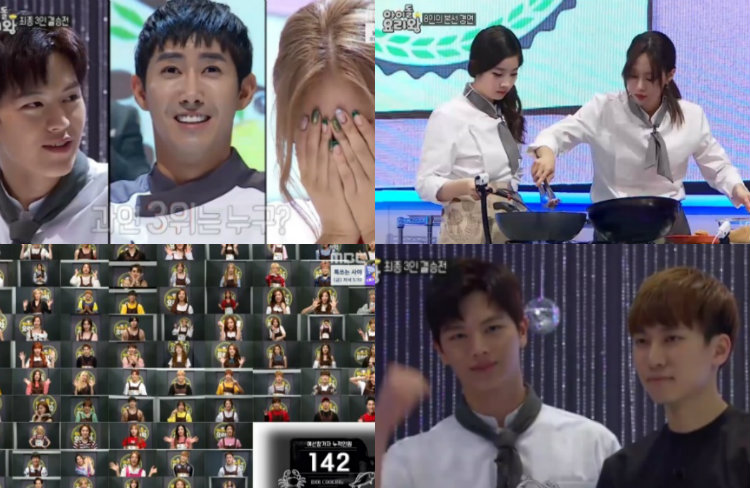 Who Is Crowned the Ultimate “Idol Chef King” This Chuseok Holiday?

The preliminary round required 217 idols to cook poached eggs and egg garnish in 10 minutes. The next round narrowed the contestants to eight teams of two: EXID’s Solji and Hyerin, B1A4’s Sandeul and Oh My Girl’s YooA, BTOB’s Yook Sungjae and Eunkwang, ZE:A’s Kwanghee and I.B.I’s Han Hyeri, AOA’s Choa and Hyejeong, Kangnam and DinDin, miss A’s Fei and TWICE’s Dahyun, and SISTAR’s Soyou and Cosmic Girls’ Dayoung. In this round, they had to cook a special holiday pork dish for their parents, with Kwanghee’s, Yook Sungjae’s, and Soyou’s teams winning. Sandeul’s team was last place in this round. 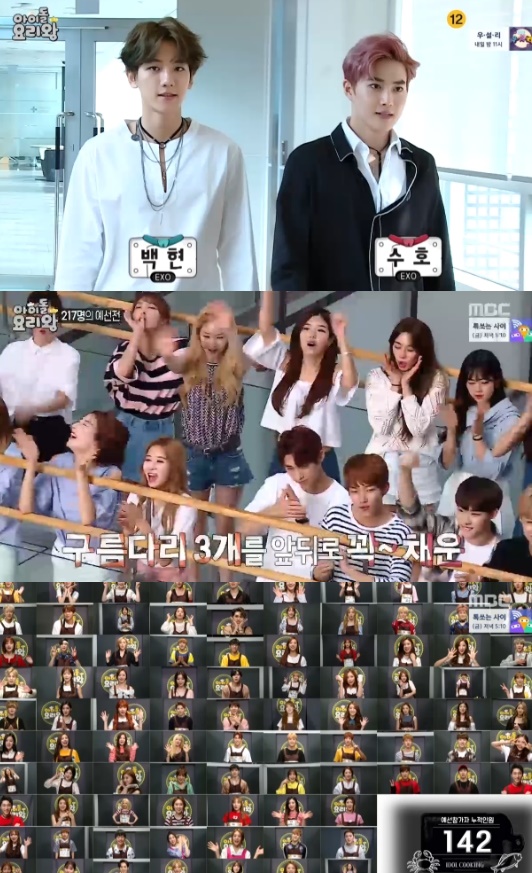 The top three teams from the second round competed in the final round by making anything they wanted, but with specific ingredients.

Soyou’s team made seafood carbonara pasta tteokbokki, which judge and celebrity chef Lee Yeon Bok saying, “This can be served at a high-end restaurant.” Kwanghee’s team made grilled short rib patties and seafood jellyfish salad. Restaurant entrepreneur and TV personality Hong Seok Cheon commented, “You should stop doing variety and go in the cooking.” Yook Sungjae’s team made pumpkin porridge and hot spicy meat stew pasta and while the team was complimented for creativity, the pasta noodle was judged a little overcooked. 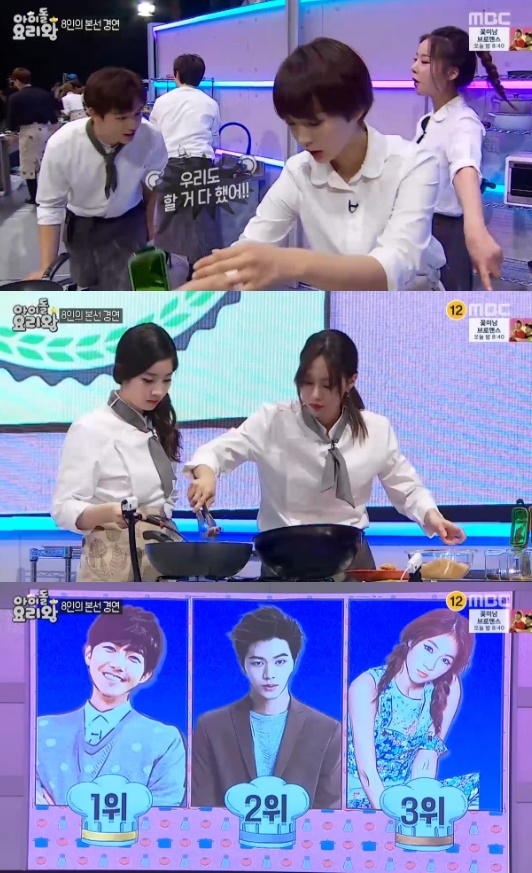 In the end, Kwanghee’s team was first place with 92.61 points, Soyou’s team was second, and Yook Sungjae’s team was third.