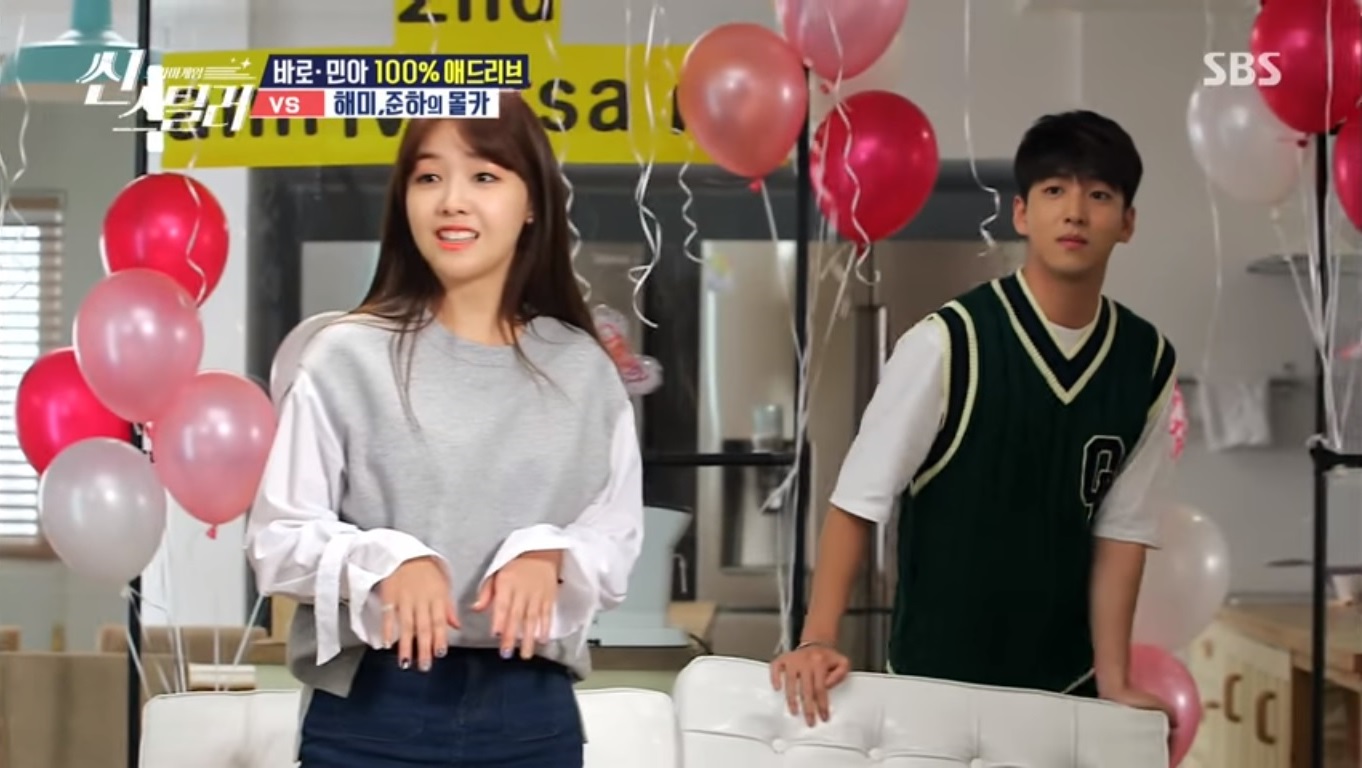 On the September 16 broadcast of “Scene Stealer,” Minah and Baro act in an ad-lib drama entitled “Secret Love” as a couple that has broken up but still pretends to be in love because of a contract with their agency.

During the episode, the fake couple commemorates their second anniversary by throwing a party, where Park Hae Mi and Jung Joon Ha, portraying bosses from their agency, show up and demonstrate to them how to act like a real couple.

Jung Joon Ha grabs Park Hae Mi and attempts to kiss her, causing Park Hae Mi to slap him on the cheek. Park Hae Mi begins to throw a fit and exclaims, “Director, I can’t do this.”

Minah and Baro are visibly surprised and flustered, as they come to believe (wrongly) that Park Hae Mi is actually upset. 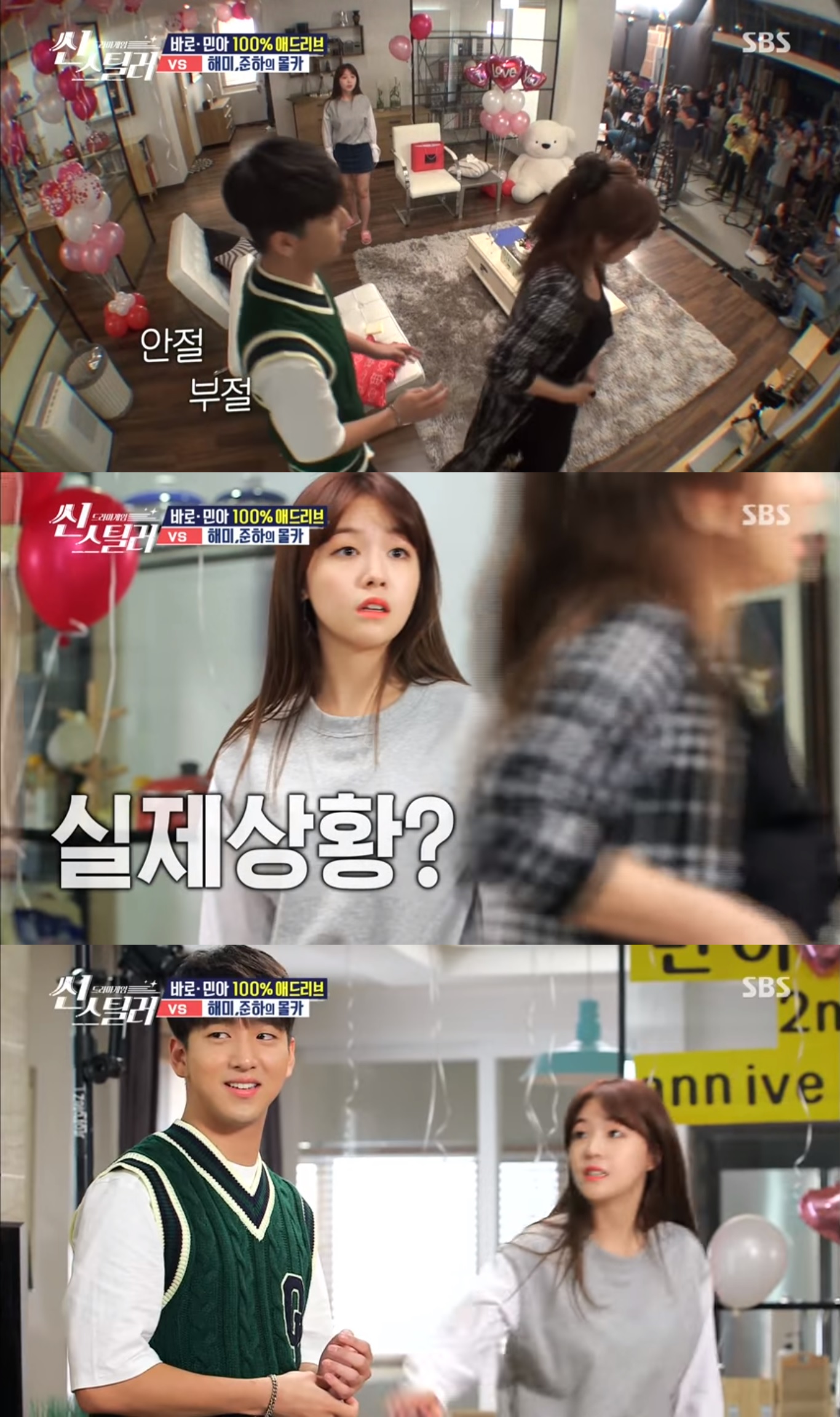 However, Jung Joon Ha soon reappears with Park Hae Mi and says, “This is what you call acting.”

When they catch on to the situation, Minah and Baro burst out laughing before they are able to get back in character. 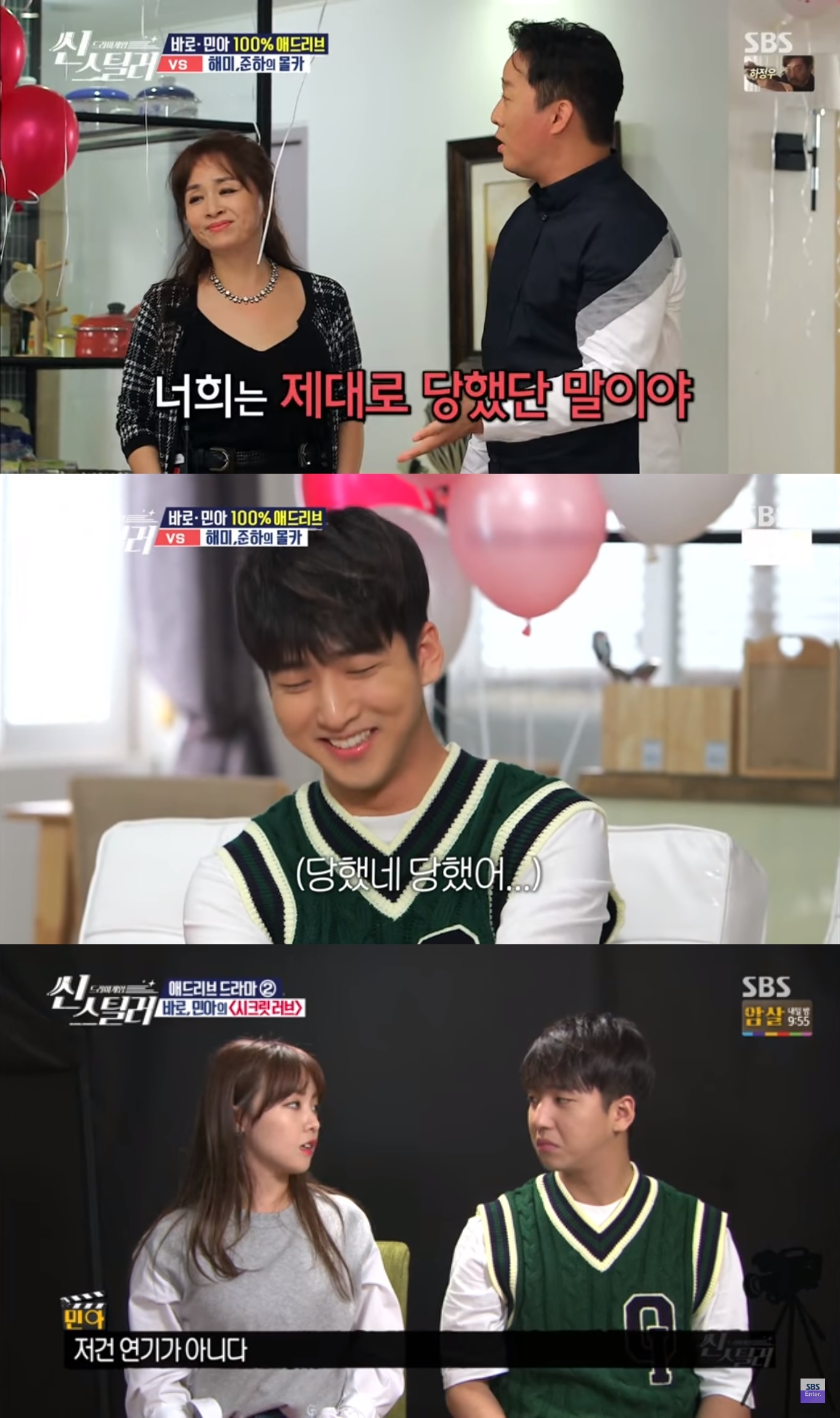 During the interview, Minah shares, “I really almost cried because I was so scared. Park Hae Mi sunbae-nim seemed truly angry. She was breathing heavily as if she was really upset.”

She adds, “I didn’t think it was a prank. I just thought that she wasn’t acting anymore. But I wondered if a kiss was something to be that angry over, so I was also confused while I was worrying what I should do.”

You can watch the scene below!