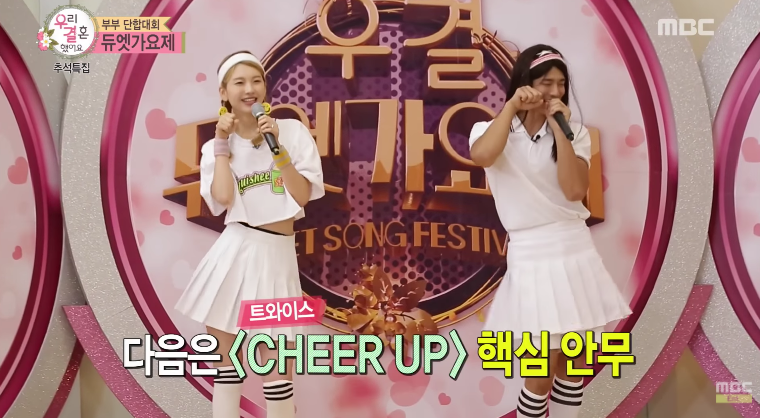 For its September 17 episode, “We Got Married” holds a Chuseok special that consists of a competition between the four couples of the show.

For the third part of the competition, the couples prepare duets to perform in front of the judges.

For their performance, SamSam Couple starts off with their backs turned and wearing trench coats. But as soon as TWICE’s “Cheer Up” comes on, they throw the coats off to reveal their cheerleader gear.

Jota looks quite fabulous in his wig and skirt as he shyly but diligently tries not to miss a step while following his virtual wife’s lead. 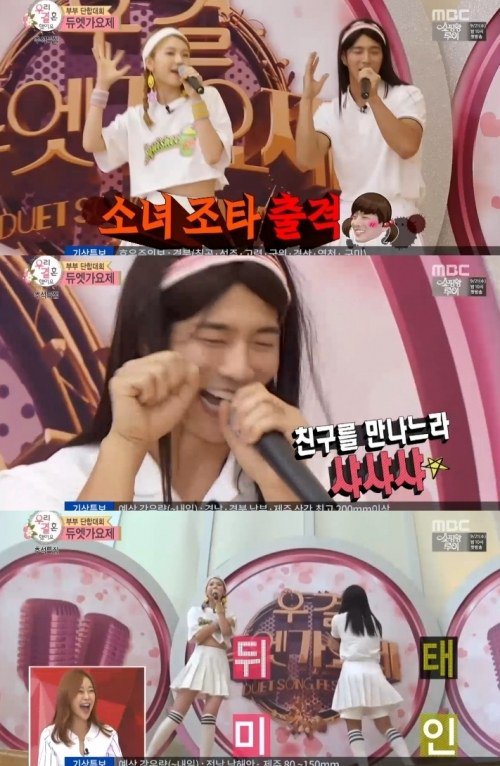 Did you enjoy SamSam couple’s performance?

Watch the full episode of “We Got Married” on Viki below!