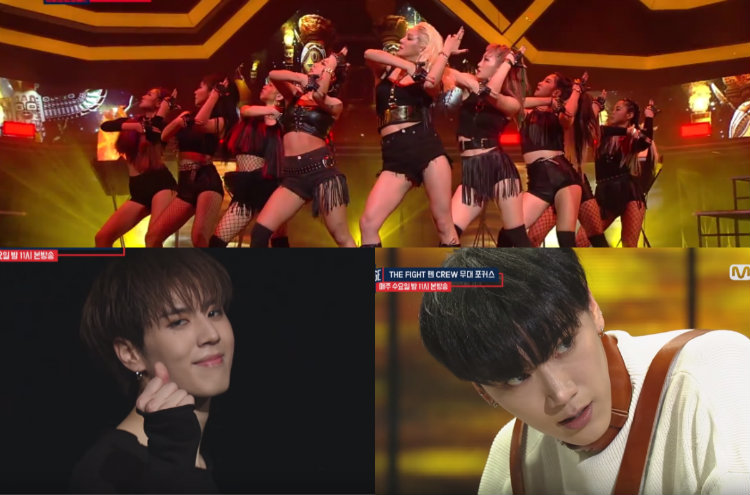 Watch: Hyoyeon, Yugyeom, Ten, And More Compete For Top 3 On “Hit The Stage”

“Hit the Stage” airs its fifth competition in September 21’s episode under the theme of “The Fight.”

UP10TION’s Bitto and Despot Crew are up first in this episode and their performance brings together traditional Korean dance and contemporary dance.

DIA’s Eunjin and Chaeyeon with the Ultra Crew are next and their performance takes inspiration from Chinese martial arts films.

The third performance is from Teen Top’s Changjo and 3D Color and their performance takes inspiration from the film “Mad Max.”

The fourth performance is from NCT’s Ten with Prepix, receiving many compliments for bringing together story and technique in their performance.

Girls’ Generation’s Hyoyeon and mixXhoney are the fifth performance, portraying strong women who fight against the world. This team received all “hit” points, winning over all the judges with their stage.

miss A’s min with Winners are next with her expressive performance, mesmerizing the audience at every single moment.

The last stage is from GOT7’s Yugyeom, Hype Up, and Body & Soul, who brings together impressive footwork and effects with a fun story.

After all the stages, the top three are announced. Ten receives 155 points, placing third. Yugyeom places second with 159 points, and Hyoyeon takes the top spot with 162 points. Congrats to Hyoyeon!

Which is your favorite performance?