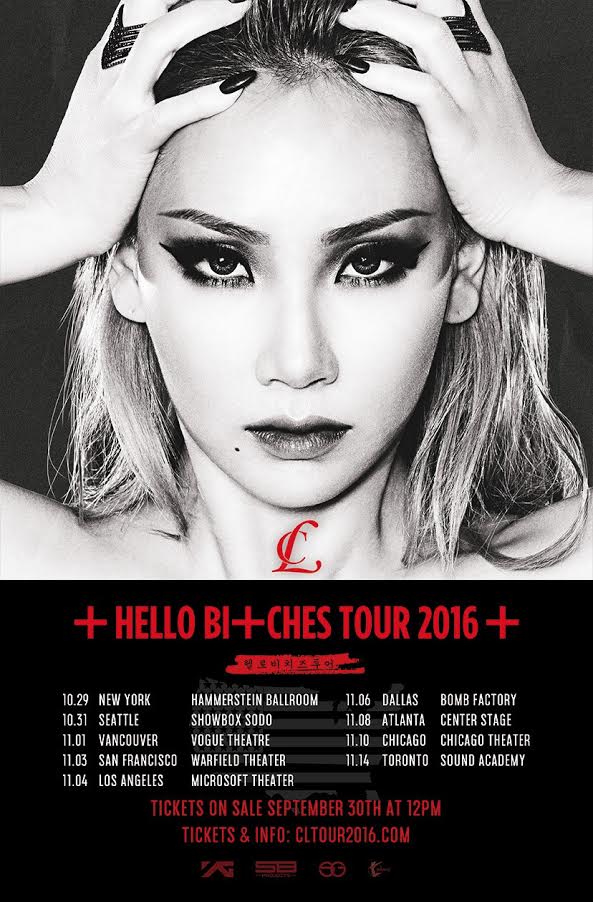 You can now cop tickets to CL’s tour online. Tickets come in three classes and range from $75 USD to $300 USD.

Your “Baddest Female” is embarking on her first solo concert tour!

Singer CL is hitting nine cities in North America with her “Hello Bitches Tour 2016,” following the release of her newest single “Lifted.” The tour will launch on October 29 at The Hammerstein Ballroom in New York City, with ticketing beginning 12:00 p.m., September 30. Go to CLTOUR2016.com for more details!

The multi-talented artist began her career at the age of 17 as the leader of 2NE1, with the group quickly topping charts, winning awards, and gaining international attention.

CL took her solo venture into the American market with collaborations in both the music and fashion worlds. In late 2015, she released “Hello Bitches” with a mesmerizing choreography video that has already received over 19 million views. Her latest single “Lifted” pays tribute to Wu-Tang Clan’s “Method Man” and was performed live on James Corden’s “The Late Late Show,” which you can view below!

Soompi Spotlight
CL
How does this article make you feel?