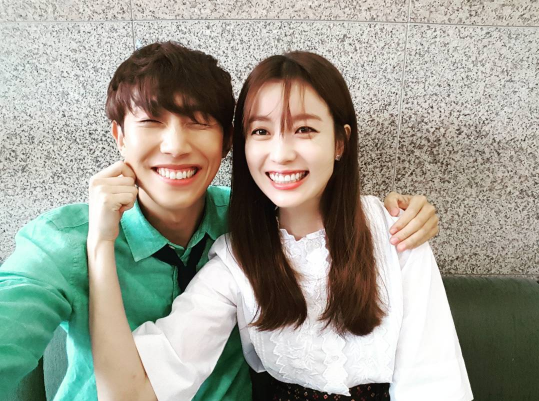 Kang Ki Young, who recently appeared in “W” alongside Han Hyo Joo and Lee Jong Suk, has shared some insights into what it was like to work with the two top stars.

The actor played the role of a resident doctor who works with Han Hyo Joo’s character Oh Yeon Joo in the hit drama. His screen time decreased in the second half of the show, but Kang Ki Young says, “It was alright because the work came out well, and it was great to be able to be a part of the project. I trusted in the director.”

When asked if he didn’t want his character to go into the webtoon world too, Kang Ki Young jokes that he did but there was no need for it. “I was satisfied with just getting to meet Kang Chul [Lee Jong Suk’s character] briefly when he came into the real world,” he says.

He adds that although he only filmed two scenes with Lee Jong Suk, he could tell that the star has a lot of aegyo. “When we met, he called me ‘hyung‘ and said ‘You’re here!’ as he hugged me. I’m a bit shy around new people so at first it was strange for me, but I got comfortable since Lee Jong Suk treated me like that. Everyone, including the writer and director, liked [that side of him].”

In comparison, Kang Ki Young filmed many scenes with the show’s female lead, Han Hyo Joo, although not all of their scenes made it to the final cut. “My chemistry with Oh Yeon Joo was great, because Han Hyo Joo makes everything comfortable,” he says. “To be honest, Han Hyo Joo was like a super star to me at first, but now we speak to each other informally and joke around on social media.”

Watch “W” from the beginning, staring with the first episode below!