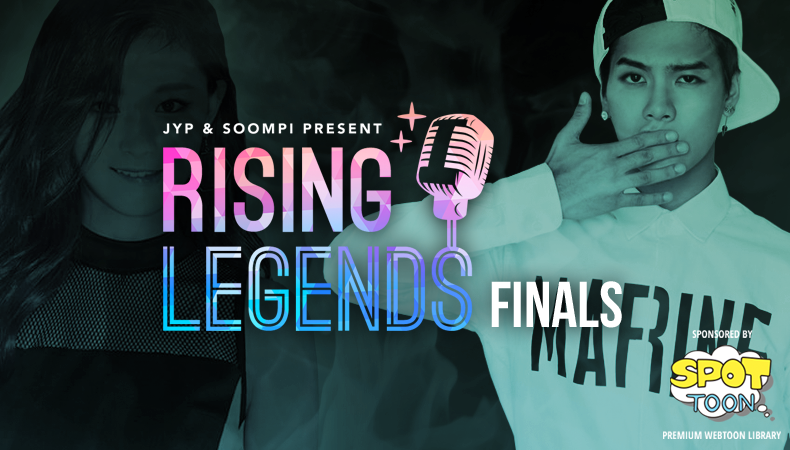 Welcome to the last and final round of JYP Entertainment and Soompi’s worldwide audition event, “Rising Legends,” sponsored by Spottoon, a premium webtoon library!

After a fierce struggle for top 10 in their respective categories, only the best of the best grasped victory in a close semi-finals battle. Hundreds of thousands of votes later, these talented rappers, singers, and dancers need YOUR help to be declared one of the future “Rising Legends” and receive an one-on-one call with a JYP talent scout.

Competition has never been fiercer. Out of the 5,000 original entries we received, there are only 30 contestants remaining, and this round, we’re cutting from 30 to just 3! But don’t forget, the finals will consists of 50% audience’s votes and 50% judges’ votes. Our expert judging panel includes:

In addition, TWICE is here to cheer up “Rising Legends” voters and participants:

Want to win a TWICE signed album and a 2-week free subscription to Spottoon, a premium webtoon library? Check out the giveaway below!

You can vote for multiple contestants one time per hour, from now until October 2, 7 p.m. PDT. This is your last chance to support your favorites!

Soompi Spotlight
Soompi Exclusive
Rising Legends
How does this article make you feel?