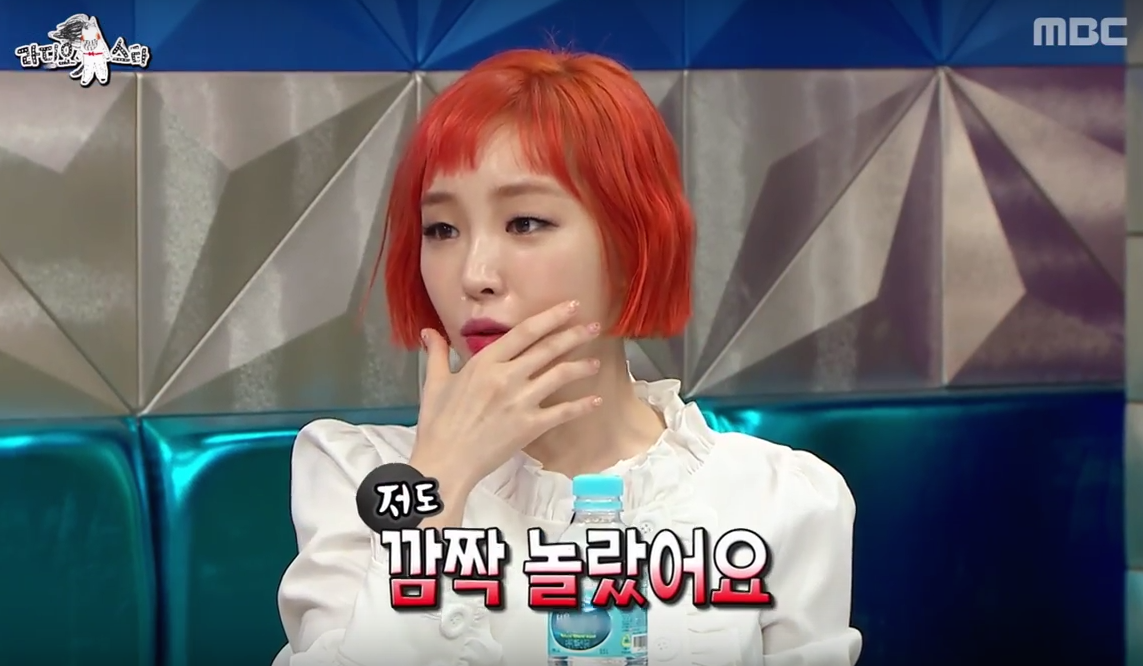 On September 28, Brown Eyed Girls’s Ga In, along with Seo In Young, Hwayobi, and MAMAMOO’s Solar, made a guest appearance on the “Girl Crush” special of MBC’s “Radio Star.”

When the MCs carefully ask about the trauma she must have felt back when unbelievable reports of alleged explicit photos of herself and boyfriend Joo Ji Hoon came out back in April, Ga In comfortably replies that she’s mostly over it now.

She goes on to say, “Many people could misunderstand, but there wasn’t really any procedure taken to confirm the facts in the middle.” Criticizing how the media reacted, the singer explains how news reports are often seen as factual and used as proof, so she found it harder to trust news reporters after such unreasonable news was spread around.

Continuing, Ga In explains that she was actually on her way to Paris, and only found out about the news once she landed.

Because the messages she received said things like, “Are you okay?,” and “Why can’t I contact you?,” she says, “I originally thought something happened to someone close to me. I was so frightened, all alone.”

However, she realized that it was something else when there was a video sitting in her inbox from her company, asking her to confirm whether or not it was her.

Not realizing what it was, Ga In amusingly remembers, “I regret it now, but because I didn’t know it was, I just turned it on [at the airport]. I was really so surprised.”

“It was just so absurd, the fact that people thought it was me. I was actually more like, ‘Oh, I thought it was something more serious,’ because I had thought of the worst cast scenario, like someone dying,” the singer explains.

Both Ga In and Joo Ji Hoon’s agencies previously stated they will take legal action against the perpretrators, and the original Korean news article was taken down shortly after it was posted.

Brown Eyed Girls
Ga In
Radio Star
How does this article make you feel?