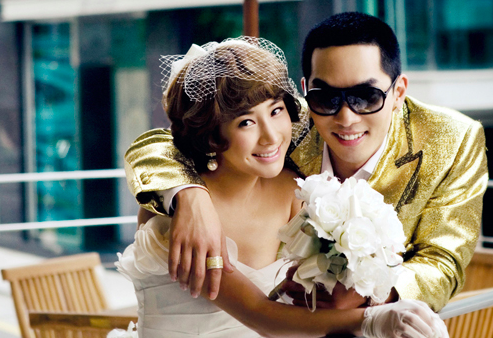 Does Seo In Young Actually Want To Marry Crown J?

Singer Seo In Young was a guest on the September 28 episode of the MBC variety show “Radio Star” and opened up about a popular topic concerning her – her relationship with rapper Crown J.

Following their stint on “We Got Married” in 2008, the couple has been swirled up in rumors of a real relationship. Seo In Young says, “During our time on the show, we both thought that we shouldn’t be in other relationships. We acted as if we were really married.”

She continues, “Crown J oppa said to me, ‘I will always be next to you, protecting you as your virtual husband. If you call me, I’ll go to wherever you are.’ And so, recently, when I guested on ‘With You,’ I really did call him up.”

She then broaches the question everyone’s been thinking about, revealing, “This is the first time that I’m saying this but there has been a time when he said to me, ‘Get married to me.’ I’ve thought of that before too and I do have a bit of a heart to do that. I don’t think it’ll be bad. I wonder if I’ll ever meet a guy who will match with me as much as him.’ It’s just that I don’t think the timing is right now. It hasn’t been long that he found some stability and so maybe I’ll think about it again when he has become a bit more stable.”

Crown J
Radio Star
Seo In Young
How does this article make you feel?