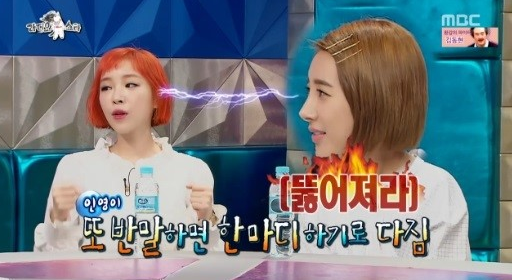 What Did Seo In Young Do To Narsha That Upset Ga In?

Seo In Young lives up to her strong image in the recent episode of MBC’s “Radio Star.”

On the September 28 episode of the variety show, the guests are Seo In Young, Park Hwayobi, Ga In of Brown Eyed Girls and Solar of MAMAMOO.

On this episode, Ga In opens up about Seo In Young and shares about an incident that had maddened her in the past.

Her fellow Brown Eyed Girls member Narsha had been promoting in the industry with a younger age that she actually was and thus, Seo In Young thought that she was older than Narsha. Therefore, Seo In Young did not use honorifics with her and referred to her casually.

Ga In says, “She said to Narsha, ‘You’re really cute.’ At first, I was really mad,” showing how protective she was over her fellow members. Seo In Young then looks at her and asks, “You were really mad at that?”

Ga In continues, “Later, Narsha revealed her real age to her but Seo In Young still said to her, ‘Okay, Narsha,’ and didn’t use honorifics or call her unnie. And so I thought the other members would try to correct her her but they just meekly said, ‘Yes, we are older.’ They were scared of In Young unnie.”

Then, Seo In Young explains herself, saying, “I always just treat everyone as friends if I like them. I’m surprised by this story. I’m a little annoyed.” 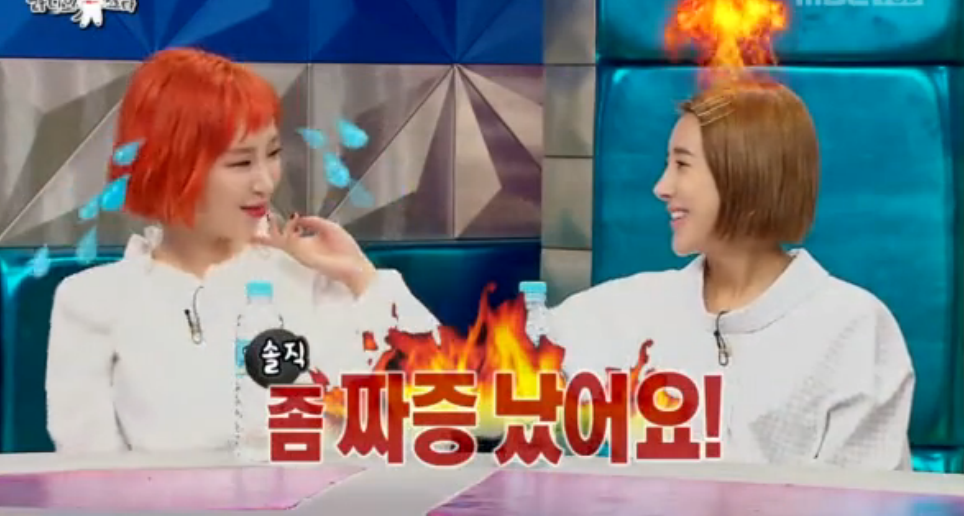 Brown Eyed Girls
Ga In
Narsha
Radio Star
Seo In Young
How does this article make you feel?