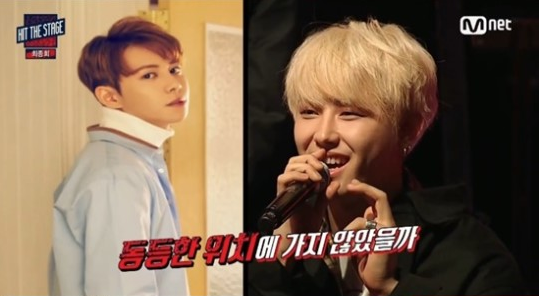 On the September 28 broadcast of Mnet’s dance competition show “Hit the Stage,” participating contestant U-Kwon discussed his popularity after his appearance on the program.

U-Kwon revealed that even older married woman (ahjummas) recognized him now, describing his rising popularity. When asked about the popularity of the other members of Block B, U-Kwon stated that Zico’s popularity is too high for other members to outrank him. However, he showed confidence in now being as popular at member Park Kyung, who has had solo albums and appearances on shows. “I think we rank the same now,” said U-Kwon.

As for the other members, MC Jeon Hyun Moo joked, “I guess you can’t even see the rest of the members at their popularity rank from where you are.”

Watch U-Kwon’s performance on the final episode of the show below.

Block B
U-Kwon
Zico
Park Kyung
How does this article make you feel?