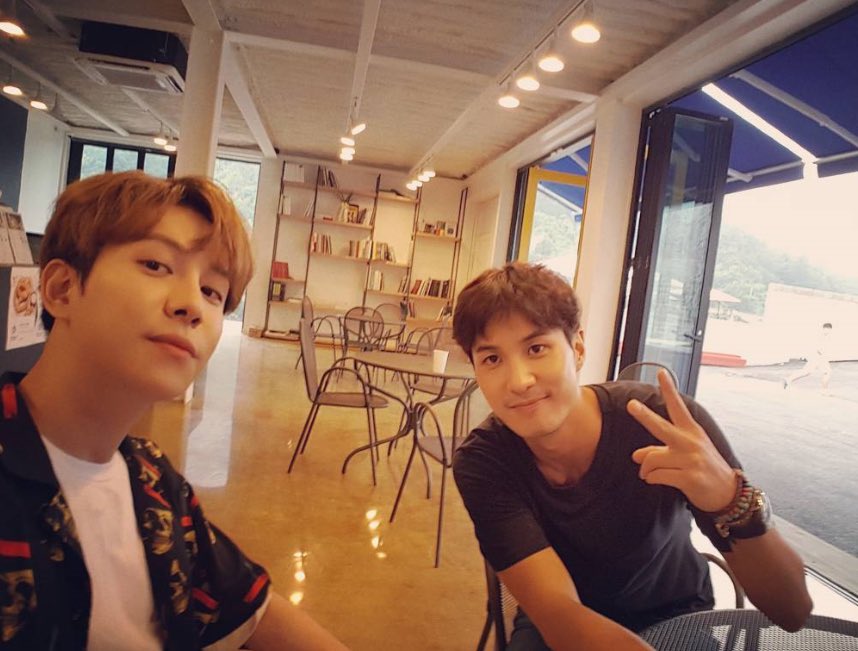 Block B member Park Kyung and actor Kim Ji Suk will soon be appearing together on the web series “Celebrity Bromance”!

The pair filmed an outing together back on July 24 for the show, reportedly in the trendy Garosu-gil neighborhood of Seoul. Park Kyung and Kim Ji Suk appear together on the tvN show “Problematic Men,” where they show off their intelligence as they solve brain teasers and puzzles with their co-hosts and guests.

On September 29, “Celebrity Bromance” shared a picture of the two in a cafe during filming, and announced that their season will be premiering on October 4 at 11 p.m. KST on Naver TVCast.

Are you excited about this new pair of friends on “Celebrity Bromance”?