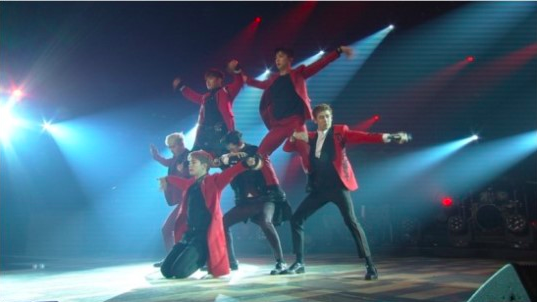 2PM Reveals How They Started To Become Known As Beastly Idols

During the episode, the groups talks about their title as “beastly idols” and the origins of how they gained this reputation.

2PM says, “Park Jin Young was the first person to say ‘you’re like beasts.'” Furthermore, the group talks about Taecyeon’s nickname “Rip Taecyeon” which he got from ripping his shirts in past performances. The members further reveal secret stories about these performances.

The group also talk about how Taecyeon helping in writing and producing their latest title track as well as Chansung’s confidence in writing racy lyrics.

Also, the members discusses how this comeback will be their last before military enlistment and how they would like to go on a vacation together.