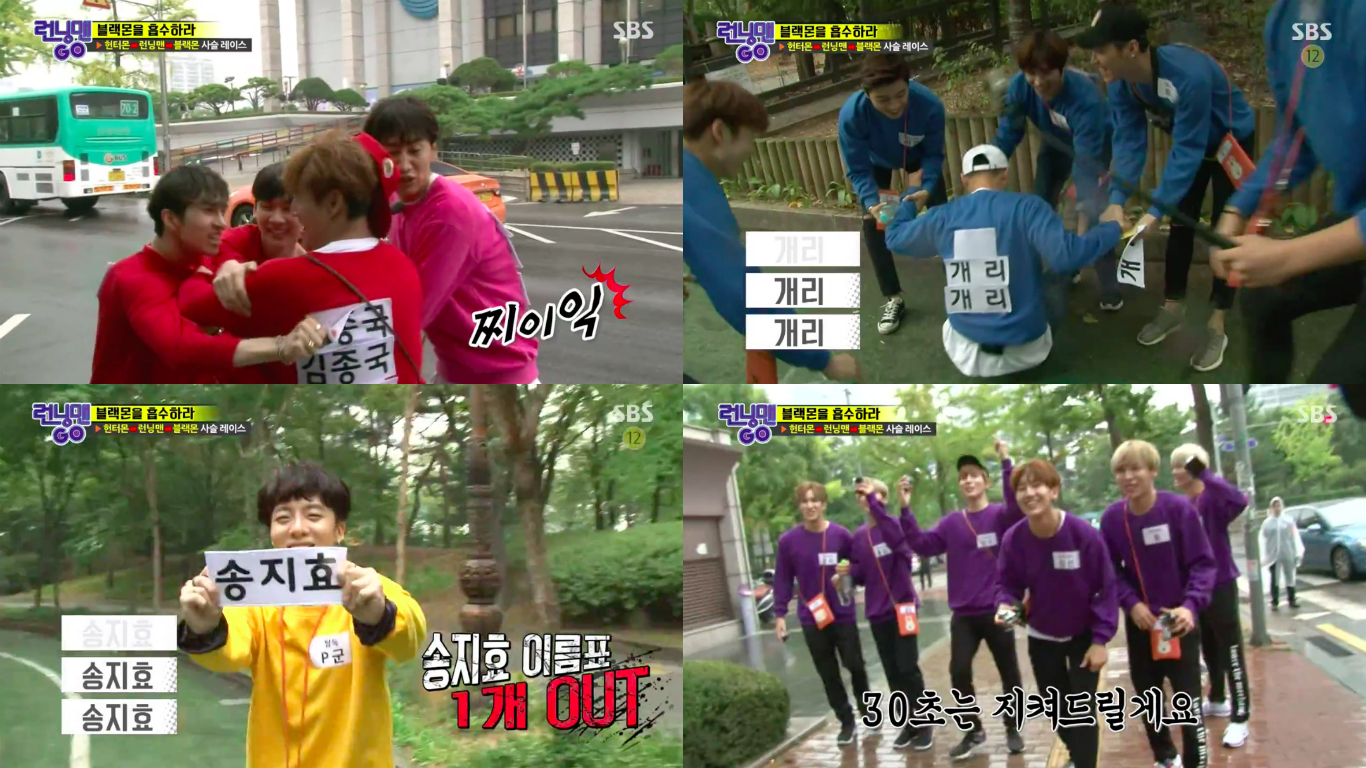 October 2’s episode of “Running Man” features the show’s much-anticipated race with the cast and 102 stars!

For one of the games in this week’s episode, the show has recruited 100 actors, idols, broadcasters, and performers, in addition to their main guests Chae Soo Bin and Jo Jae Hyun. The 100 stars are given the task of being “huntermons” as they play a pokemon-inspired game where they are divided into teams to each try to take out an assigned “Running Man” cast member within 200 minutes. Each cast member has to escape their team of huntermons before they’re able to rip off all three of the nametags on their back. Meanwhile, the cast members are trying to track down Chae Soo Bin and Jo Jae Hyun for their own mission.

Each of the members has a different number of celebrities on their tail, with the numbers determined by the ranking from a previous game. For example, Kim Jong Kook won in the game and so he only has seven huntermons after him, while Ji Suk Jin came in last place and has to run from 27 huntermons! 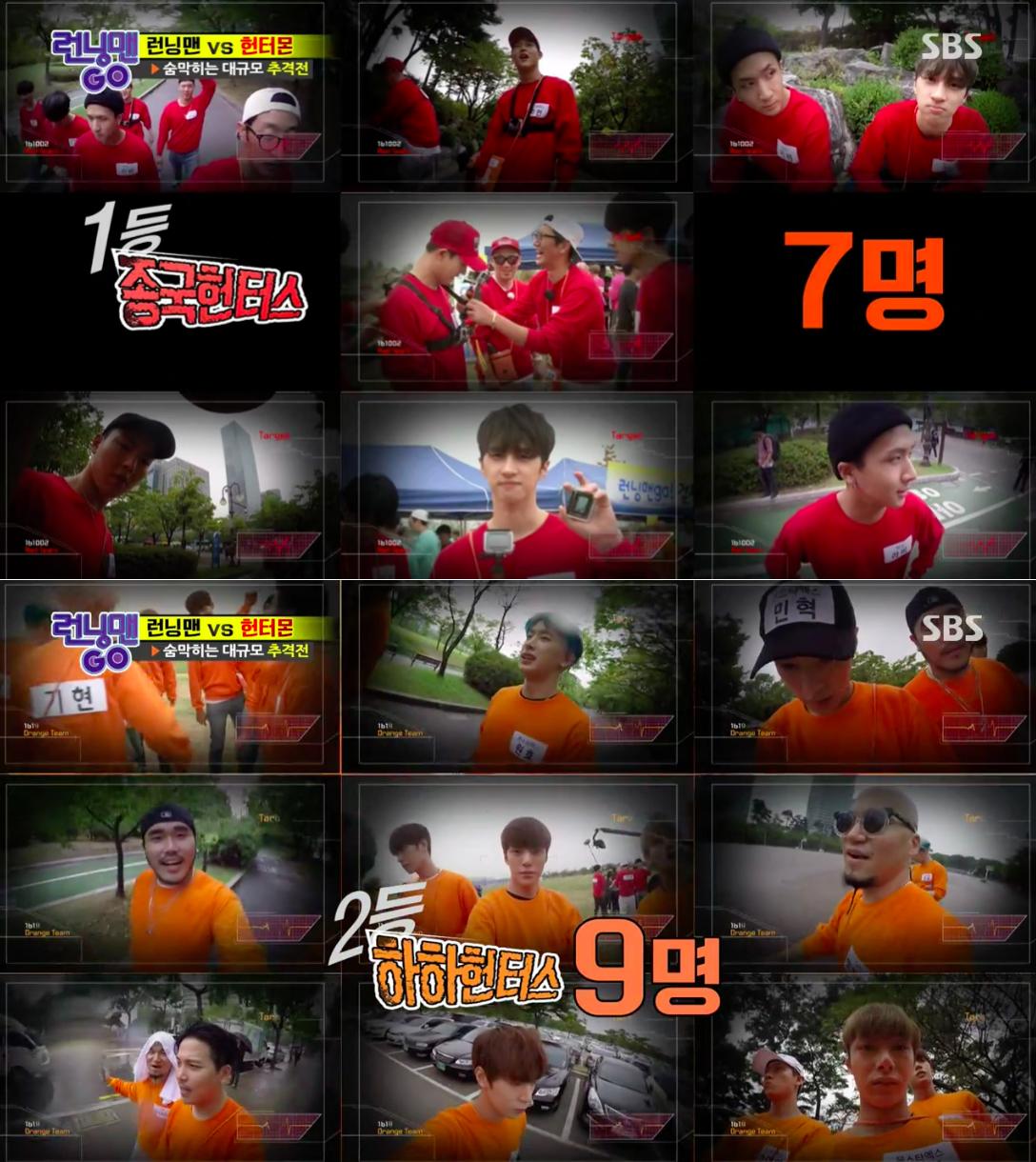 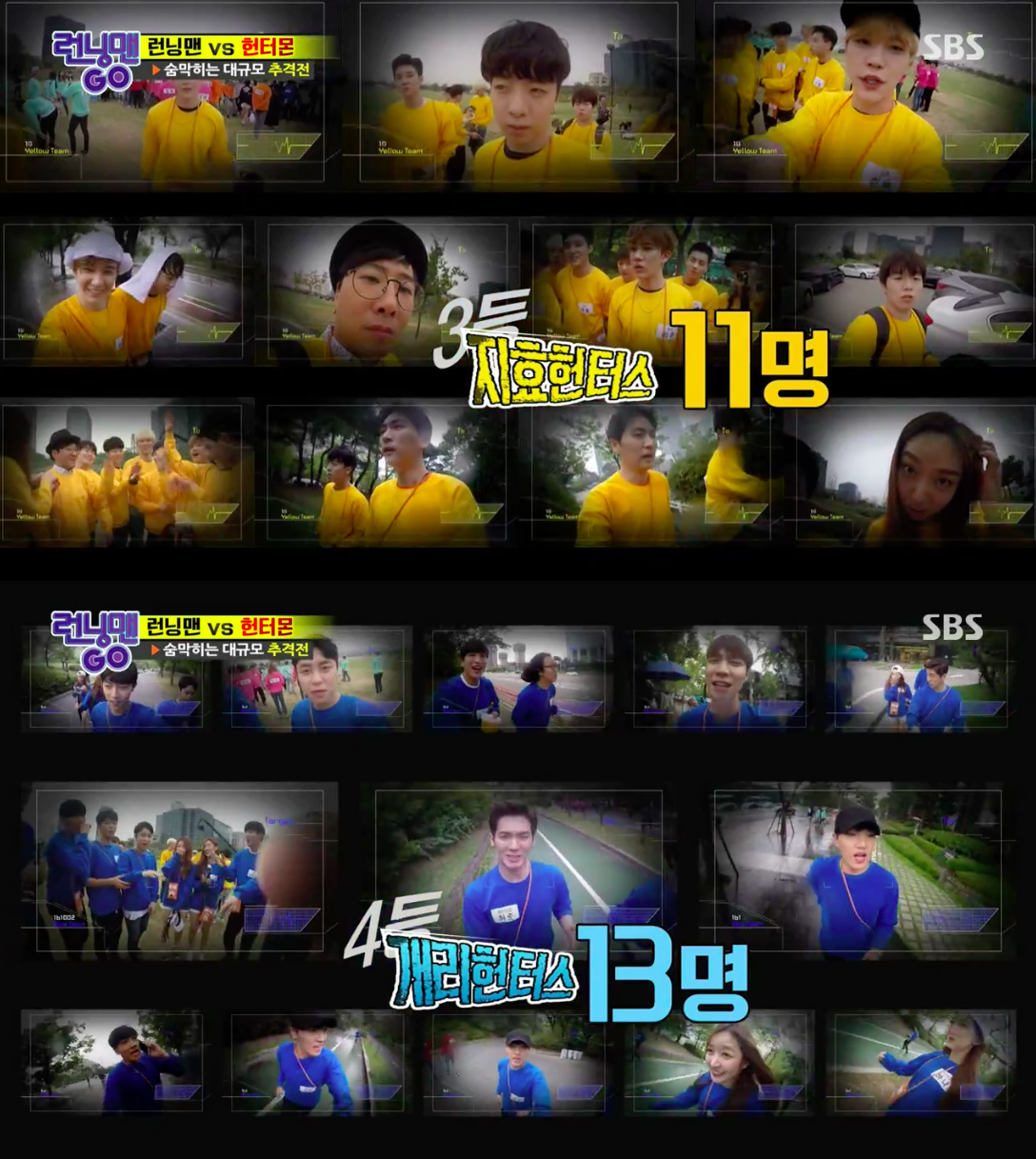 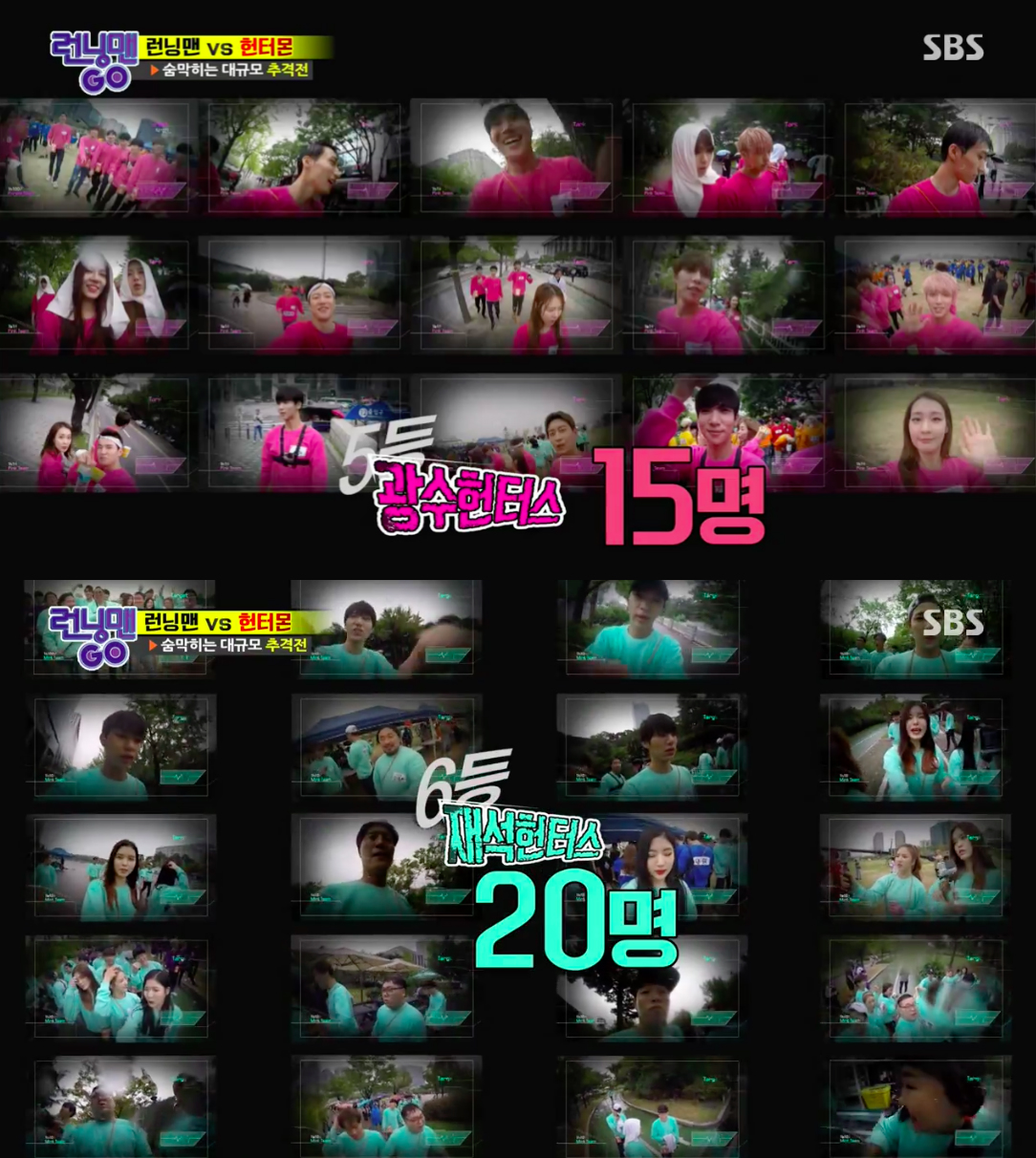 Lastly, Ji Suk Jin’s massive team of huntermons includes all the members of ROMEO, 100%, and BESTie, KNK’s Youjin, Jihun, Heejun, and Inseong, and all the currently active members of 24K. 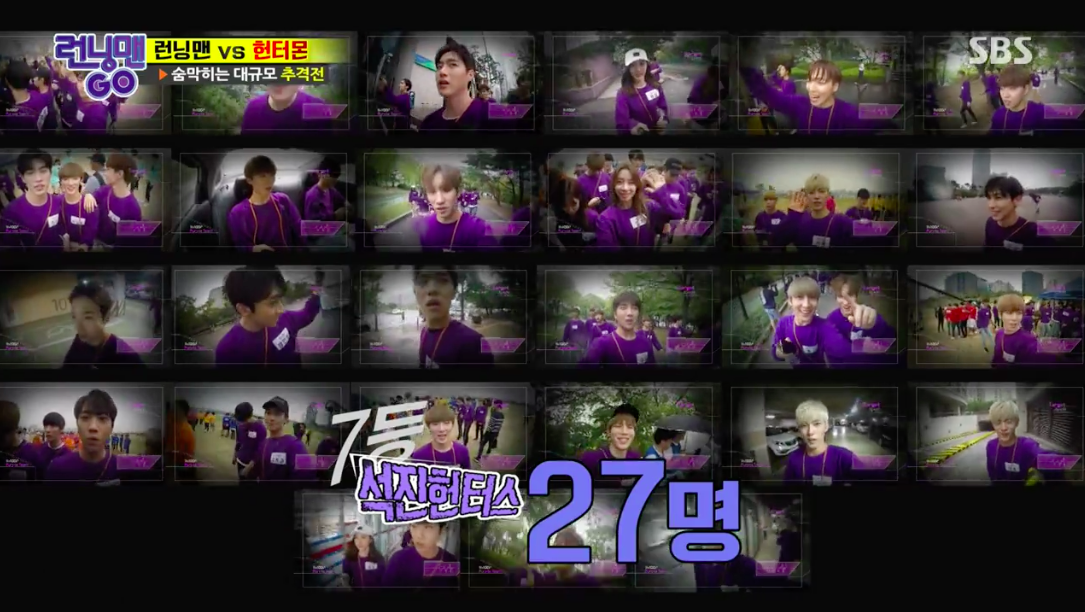 As the “Running Man” cast members are complaining about the scale of this game as they stand in the pouring rain, the huge mob of idols and performers begins to run through the park towards them. The race begins, starting with a chase through the wide-open park! 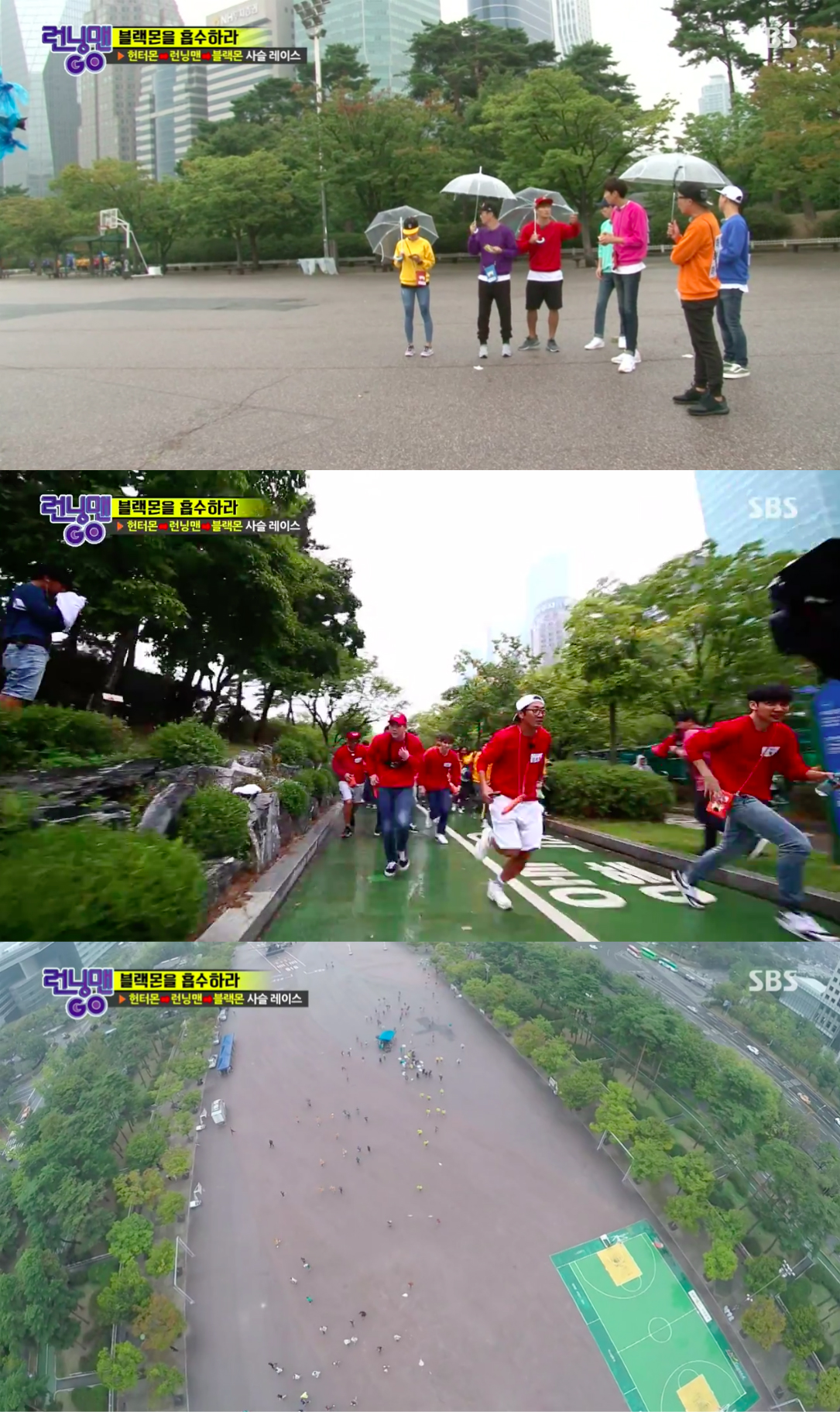 VIXX’s Ken is in the lead from the get-go, and as everyone races after their escaping targets, he manages to catch up with Kim Jong Kook. Ken struggles a bit as Kim Jong Kook holds on to the front of his shirt, but Lee Kwang Soo suddenly shows up and grabs Kim Jong Kook by behind (betrayal just comes too naturally to him). With the help of Hyuk, they manage to get Kim Jong Kook’s first nametag off! 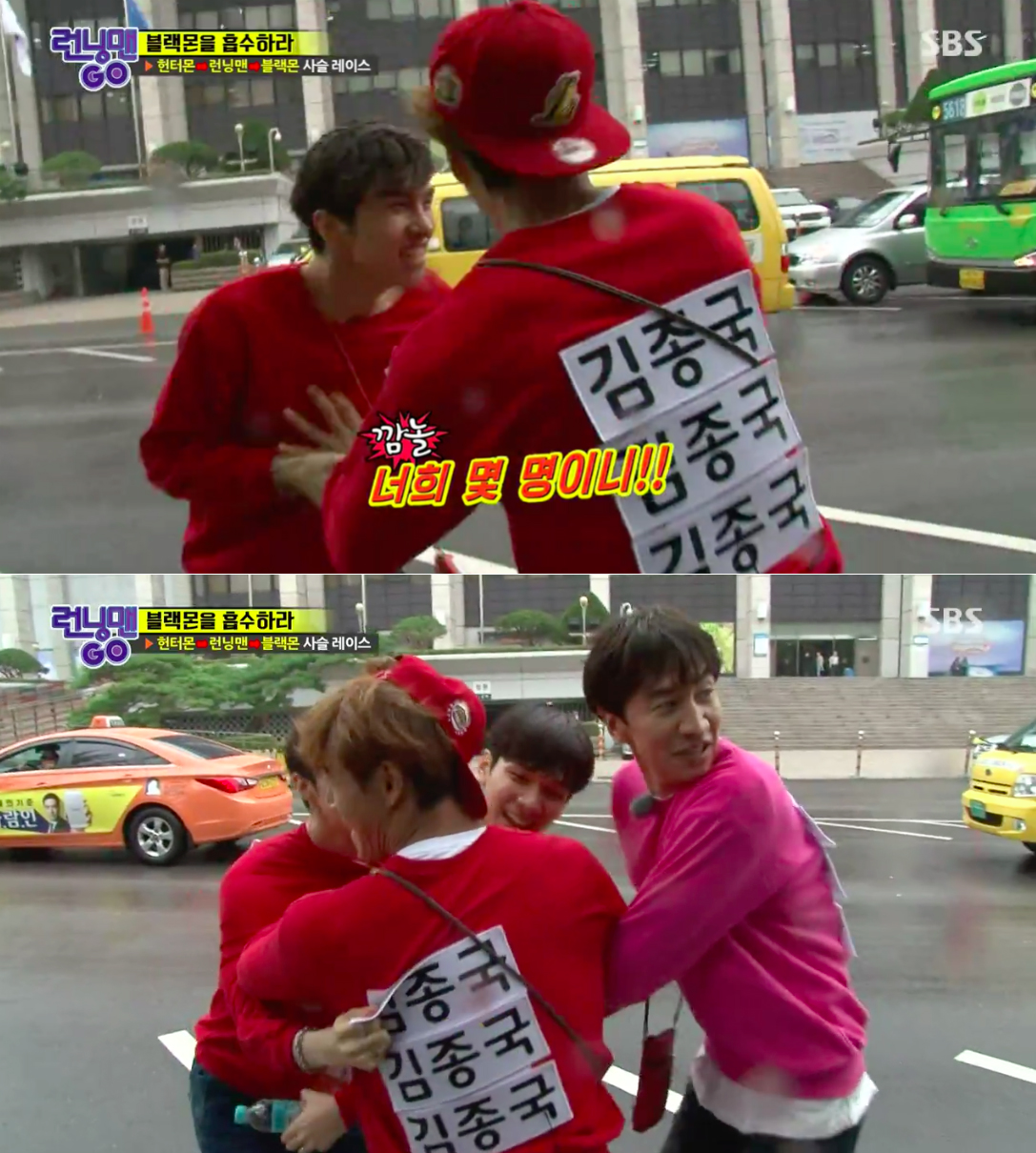 Lee Kwang Soo congratulates the VIXX guys before quickly bolting for it before Kim Jong Kook can get his revenge. However, he soon gets his own first nametag ripped off by a broadcaster.

The race continues, with the idols showing off their agility and the cast members resorting to some hilarious methods to avoid getting taken out, such as Ji Suk Jin hiding from 24K in a convenience store and Yoo Jae Suk distracting his huntermons by getting them to direct their self-cameras on him as though they’re taking selfies together. 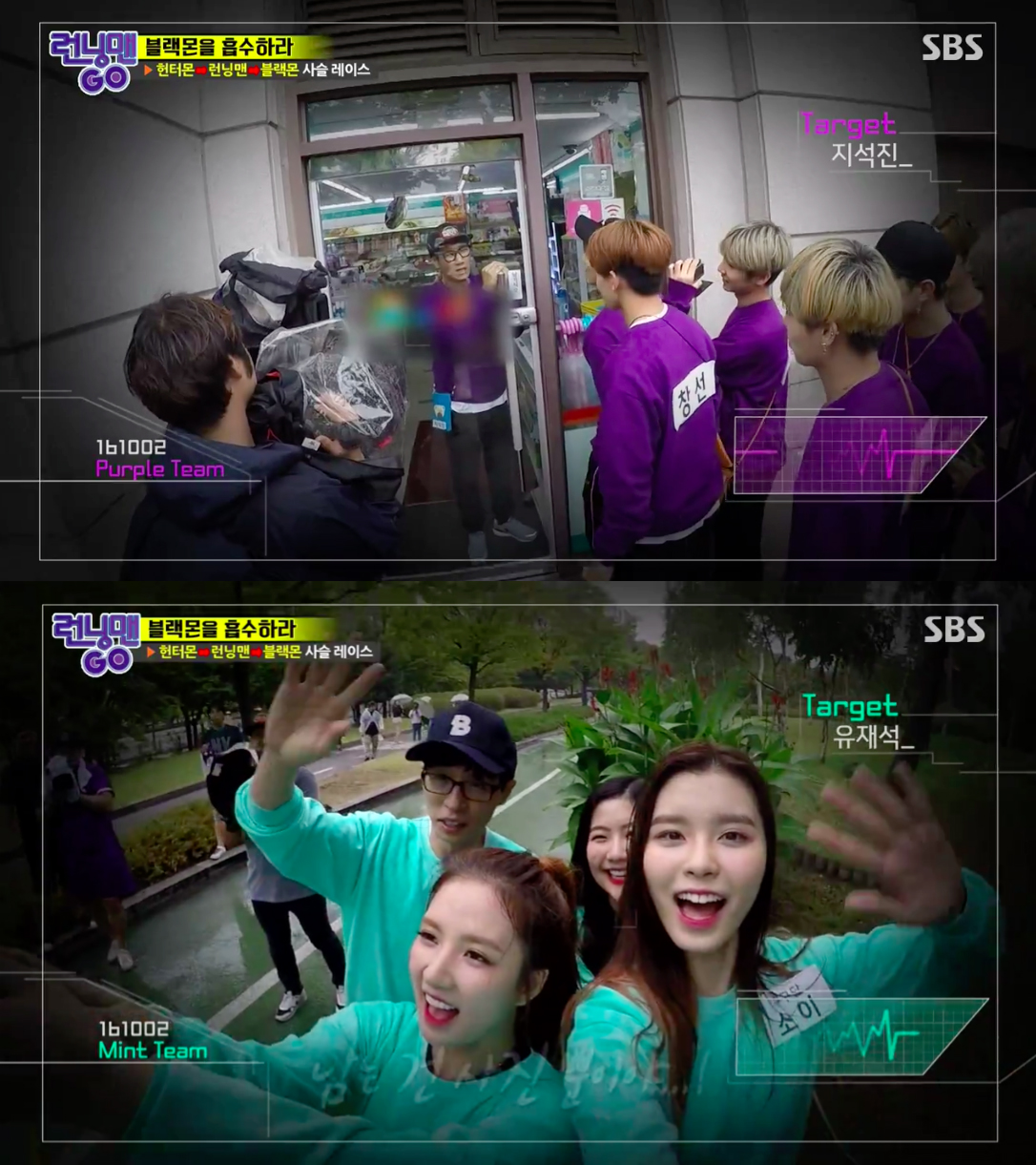 Watch the epic game below!