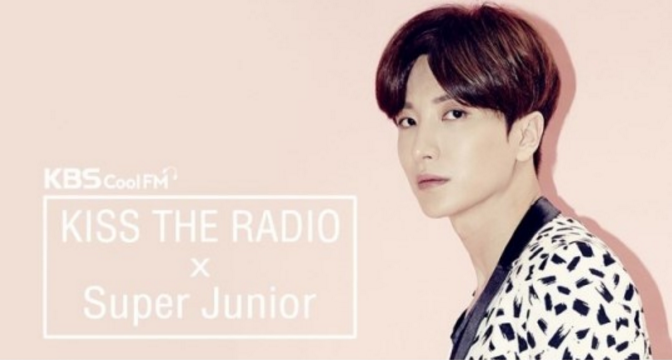 Super Junior leader Leeteuk’s time as host of the group’s radio show “Super Junior’s Kiss the Radio” has now come to end, with his final episode airing on October 2.

During the final show he says, “Super Junior will be making a comeback next September or October. If I say ‘Let’s do it,’ then we have to do it!” As Super Junior always comes on the show after their comebacks he jokes, “I guess I’ll be a guest when our album comes out next year. I don’t want to be a guest because it’s awkward! Can I be the DJ then? I’ll have to send whoever’s the DJ to another country.”

This episode marks the end of an era, as Super Junior has hosted the radio show for over ten years, having recently celebrated the show’s tenth anniversary in August. Leeteuk tells fans, “There will be a bit of a change to our daily lives starting tomorrow. It’s scary when the things we’re used to in our lives change. Don’t try to repress your feelings, and please miss [the show] as much as your heart desires.”

As the show was pre-recorded, Leeteuk was also listening along with fans. He shared a screenshot to Instagram during the show of the “Super Junior’s Kiss the Radio” page on Naver when it still said “currently airing” and featured his photo.

“Thank you for doing this together with me for ten years and two months,” he writes as the caption. He says he didn’t realize before what a sad song “Miracle” could be until he played it as the final song of the show. He adds, “Thank you to everyone! Our line has been able to continue thanks to our members, the PDs, staff, and all of the ‘Kiss the Radio’ family… I love you. Goodbye.”

He also shared shots of himself with the crowd of fans in the KBS building’s lobby who had come to say goodbye during the show’s final live recording on September 29.

“Super Junior’s Kiss the Radio” has played a big role in the history of Super Junior and the group’s relationship with their fans over the past ten years. Leeteuk was the show’s first DJ along with fellow member Eunhyuk, and members Sungmin, Ryeowook, and Yesung have also taken turns behind the mic over the years. With Ryeowook recently leaving this spring after a long tenure as solo DJ in order to prepare to enlist in the army, Leeteuk took over for several months before deciding to say farewell to the show.

“Kiss the Radio” will soon be taken over by FTISLAND’s Lee Hong Ki, with guest hosts filling in until his first episode on October 17.

Super Junior
Leeteuk
Super Junior's Kiss the Radio
How does this article make you feel?