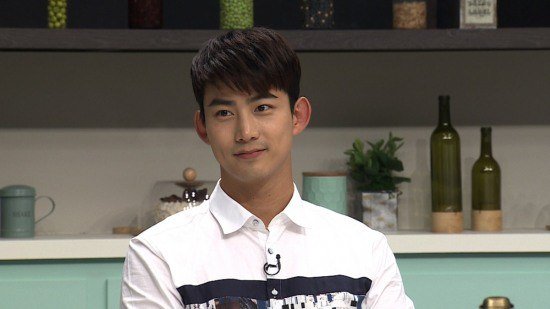 Idol and actor Taecyeon will feature on the October 3 episode of “Please Take Care of My Refrigerator.” During his guest spot, he talks about his upcoming conscription, revealing it will likely be early next year. Amidst the general public’s negative perception of celebrity soldiers, Taecyeon’s determination to be an active duty soldier, instead of a public service worker, receives the most attention on the show. Taecyeon confirms that he had back surgery twice in order to be an active duty soldier, although he had already been determined by the government as only fit to be a public service worker.

When asked if he isn’t scared about his military enlistment, Taecyeon honestly replies that he is both scared and worried since he doesn’t have a lot of time left until then. “But I think I made the right decision,” adds Taecyeon.

Previously, it was revealed that Taecyeon had given up his United States Permanent Resident status so that he can serve in the Korean military.

Please Take Care of My Refrigerator
2PM
Taecyeon
How does this article make you feel?