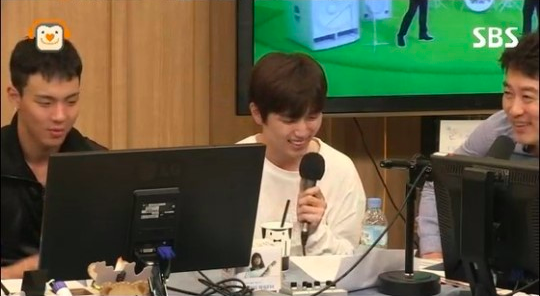 About his solo debut, he said, “I could really feel the space that the other four members used to fill. It was hard at first, but the members are supporting me a lot.”

The DJs asked him if fellow member Jinyoung, who has produced tracks for B1A4 as well as other groups like I.O.I and Oh My Girl, contributed to his solo album.

“He’s really busy lately so I felt bad about asking him,” Sandeul explained. (Jinyoung is currently acting in the KBS drama “Moonlight Drawn By Clouds.” )

Sandeul added, “Jinyoung hyung always wrote songs for B1A4, so I also thought that my solo debut should be a little more unique to me.”