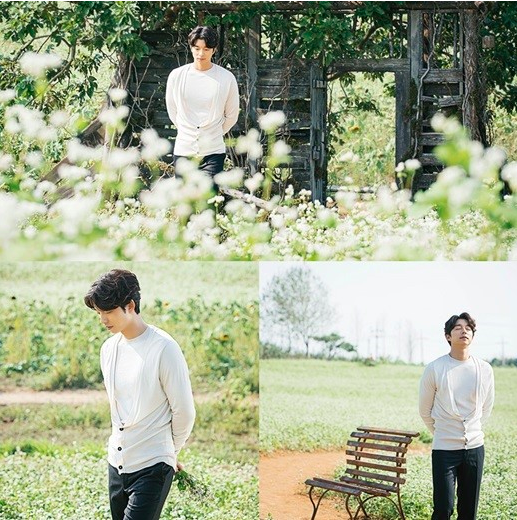 Gong Yoo Is The Prettiest “Goblin” Ever In New Drama Stills

Gong Yoo’s upcoming drama “Goblin” has released some stills from their first filming!

The tvN drama is scheduled to air on December 2 as part of the cable channel’s special programming for its tenth anniversary. The script is written by Kim Eun Sook and directed by Lee Eung Bok, who last worked together on “Descendants of the Sun.”

Gong Yoo plays the role of Kim Shin, the titular goblin. His first filming took place on September 22 in North Jeolla Province and he is reported to have had numerous conversations with the director and studied the script by himself in order to get a firm handle on the character.

A source from the production company said, “Gong Yoo became immersed into the scene without any shakiness in his acting, but that doesn’t even need to be said. He was a little apprehensive about his first attempt at ‘fantasy rom-com,’ but he finished his first filming with a smile.”

“Goblin” is about a goblin who needs a human bride to end his immortal life. Along the way, he meets an amnesiac grim reaper (Lee Dong Wook) and a girl with a strange fate (Kim Go Eun).