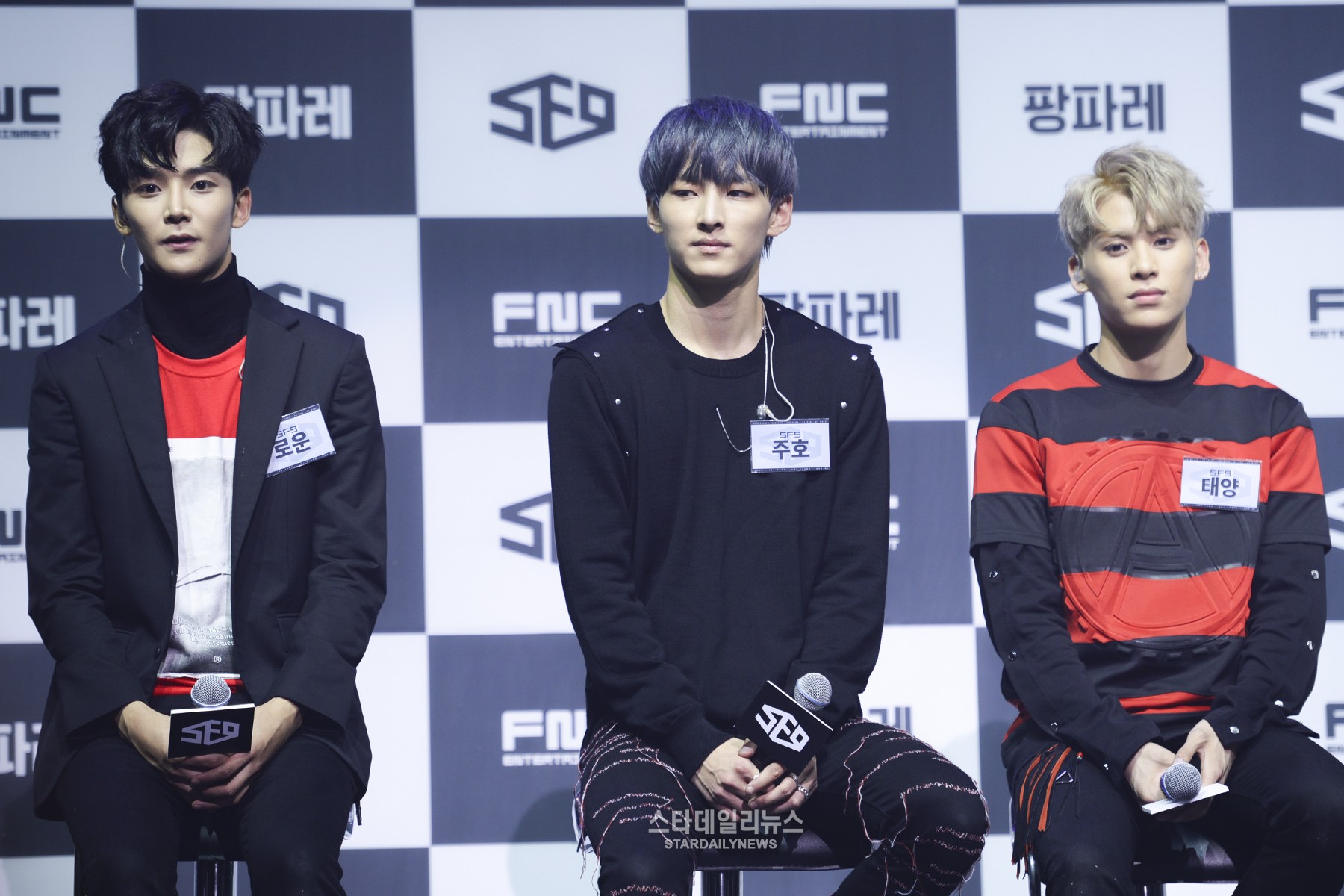 Housed under CUBE Entertainment, PENTAGON is slated to debut on October 10, just five days after SF9’s debut. When asked about how they intend to compete with PENTAGON, SF9’s Zuho responds, “When CUBE and FNC’s headquarters were close to each other, we used to meet up with all the JYP and CUBE trainees at a nearby snack bar.”

He continues, “We would talk with each other, and give and receive help as to how to train better. Since we’re debuting at the same time, it’s inevitable that we’ll be competing, but still I think [our relationship with PENTAGON] will be a win-win relationship where we can give each other synergy.”

Which group[s] are you rooting for?

Support the artist by buying SF9 - Feeling Sensation from YesAsia
PENTAGON
SF9
How does this article make you feel?