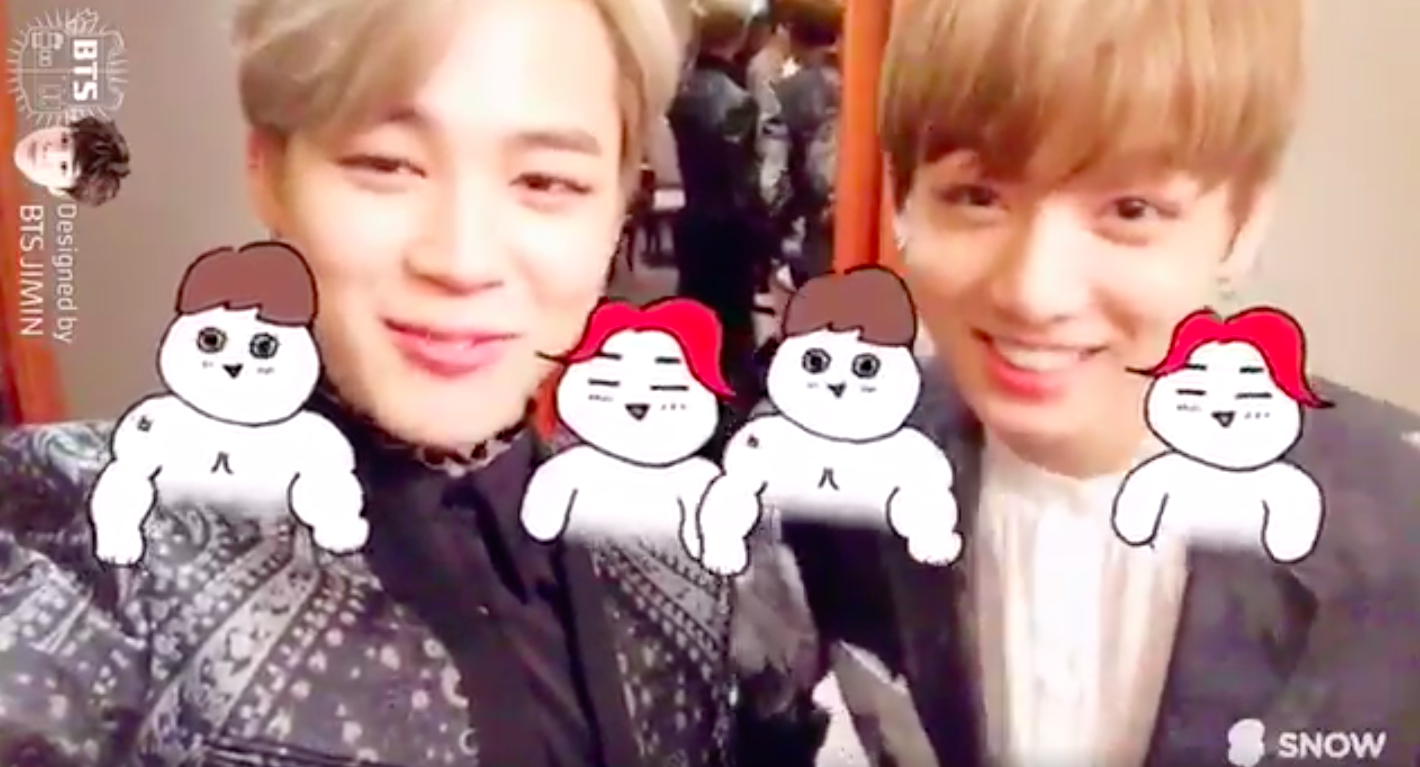 Jimin personally drew caricatures of himself and Jungkook, and in a video released via BTS’s official Twitter on October 10, Jimin and Jungkook play with the filters.

“Everyone, I drew these,” Jimin says in the video.

“Isn’t the body [your character] too much?” Jungkook asks, referring to how muscular his own caricature looks.

In another video, Jimin plays with a filter that Jungkook designed. The selfie filter consists of lots of facial hair and glasses, and Jimin tries it on myself and J-Hope for size.

Did you enjoy the filters?

*The article has been edited for accuracy.

BTS
Jungkook
Jimin (BTS)
How does this article make you feel?