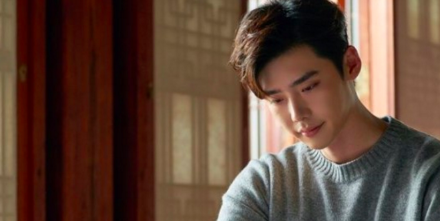 Lee Jong Suk will be appearing in Davichi’s comeback music video for “From Receiving Love To Giving Love” (working title).

Since Davichi is promoting two title tracks for their upcoming album “50 X HALF,” the actor will be appearing in the second music video. In order to repay their love to the fans, Davichi personally sought out actor Lee Jong Suk, who is known to be close with the group. After personally listening to their comeback track, Lee Jong Suk cheerfully agreed to appear in the music video.

The music video will be about a man who loses his love and remembers his love throughout his everyday life. CJ E&M spoke of the Davichi’s upcoming tracks, saying, “Davichi’s double title tracks “Beside Me” and “From Receiving Love To Giving Love” are both ballad songs that contain different charms in each of their music videos.”

The teaser for their second music video as well as their album “50 X HALF” is set to release on October 13.

Watch the teaser for their other comeback track “Beside Me” below!

Support the artist by buying Davichi - 50 X Half from YesAsia
Lee Jong Suk
Davichi
How does this article make you feel?