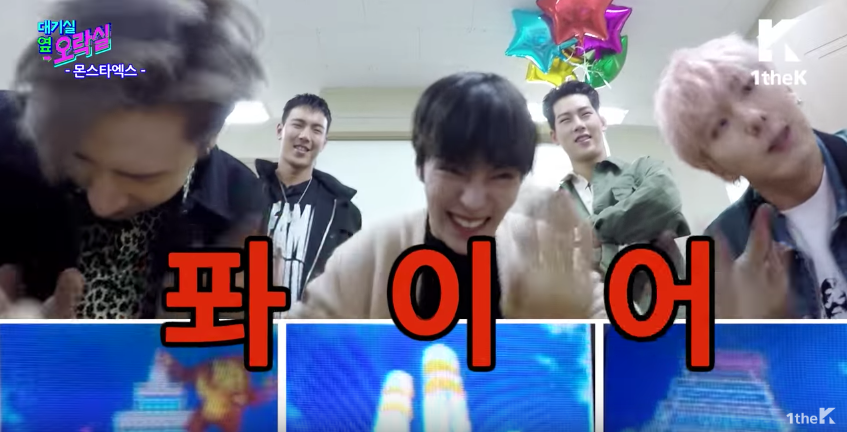 Boy group MONSTA X show off just how competitive they are on the newest episode of “Idol Arcade!”

“Idol Arcade” is a series from 1theK’s YouTube channel and has included appearances by 2PM, GFRIEND, and Apink.

On this installment, MONSTA X, who already showed off their thirst for winning on a previous appearance on the show when they played basketball, play a video game in which you quickly try to hit buttons repeatedly to get points. I.M, Minhyuk, and Kihyun go first and it’s a fiery battle from the beginning. They slam the buttons so quickly that you can barely see their hands move! The winner of the first round is Kihyun and I.M must drink helium as the penalty for getting last.

The second round is Minhyuk, Hyungwon, and Shownu and perhaps because he had played in the first round, Minhyuk wins and as a penalty, Shownu has to do a sexy dance as he promotes their newest title track “Fighter.”

The boys play several more rounds of the game and get more and more out of control!

Check out the video below! English subs for the video are available if you click cc.

Support the artist by buying MONSTA X - The Clan 2.5 Part. 2 from YesAsia

MONSTA X
Idol Arcade
How does this article make you feel?