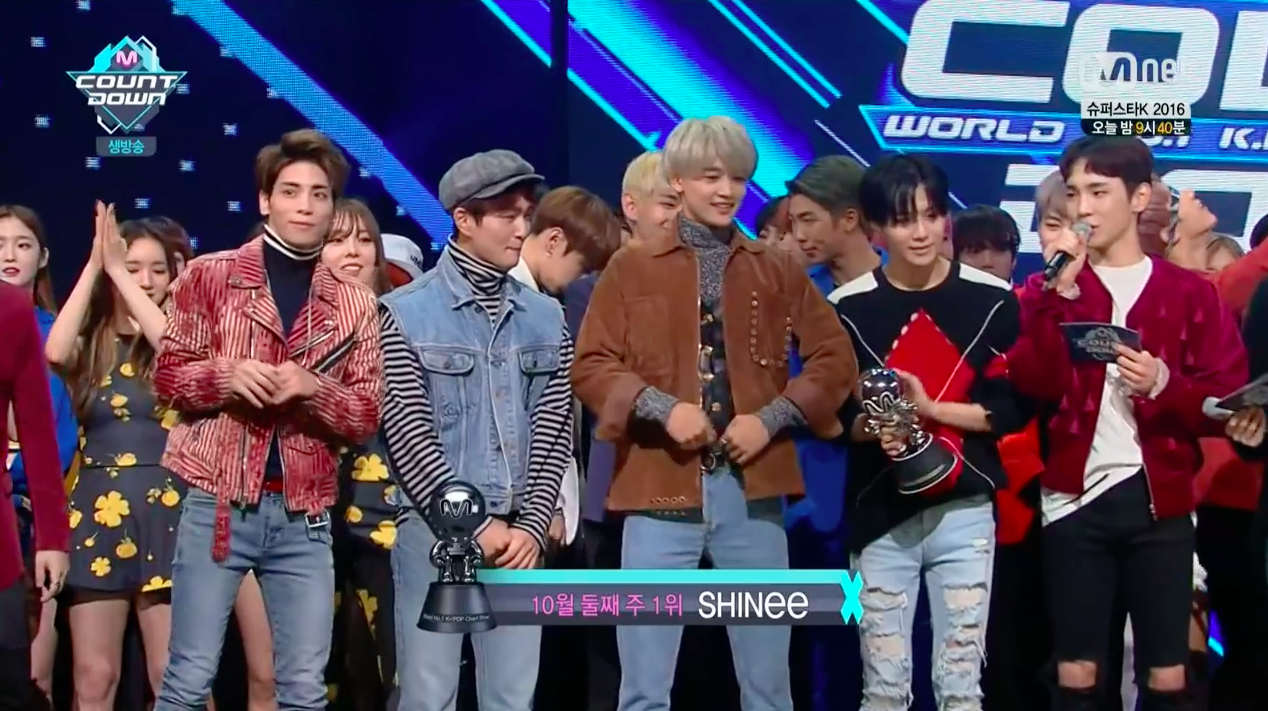 Watch: SHINee Takes 2nd Win For “1 Of 1” On “M!Countdown,” Performances By BTS, GOT7, INFINITE, And More

SHINee grabbed their second first place trophy on an episode of “M!Countdown” filled with much-anticipated performances!

On October 13’s episode of Mnet’s “M!Countdown,” SHINee’s “1 of 1” was up against Apink’s “Only One” for first place. SHINee took the win with a total score of 10,023 to Apink’s 7,392. Key and Minho are sure to thank their fans and staff before the guys perform their encore!

Watch their performance and win below.

The episode contains the first comeback performances by BTS for their new album “WINGS.” They performed three songs in total, including their title track “Blood Sweat & Tears,” “Am I Wrong,” and “21st Century Girls.”

Singer Se7en also performed his new song “Give It to Me” before its release (which is slated for October 14), PENTAGON and HIGHTEEN performed their debut stages, and Ladies’ Code, 100%, and Davichi made comebacks. Other great performances were by GOT7, INFINITE, MONSTA X, B1A4’s Sandeul, Apink, Ailee, SF9, Dal Shabet, and DIA.

Check out the performances below! You can also watch footage here that was taken directly of the stage during many of the performances, as well as member-focused videos.

PENTAGON – “Wake Up” and “Gorilla”