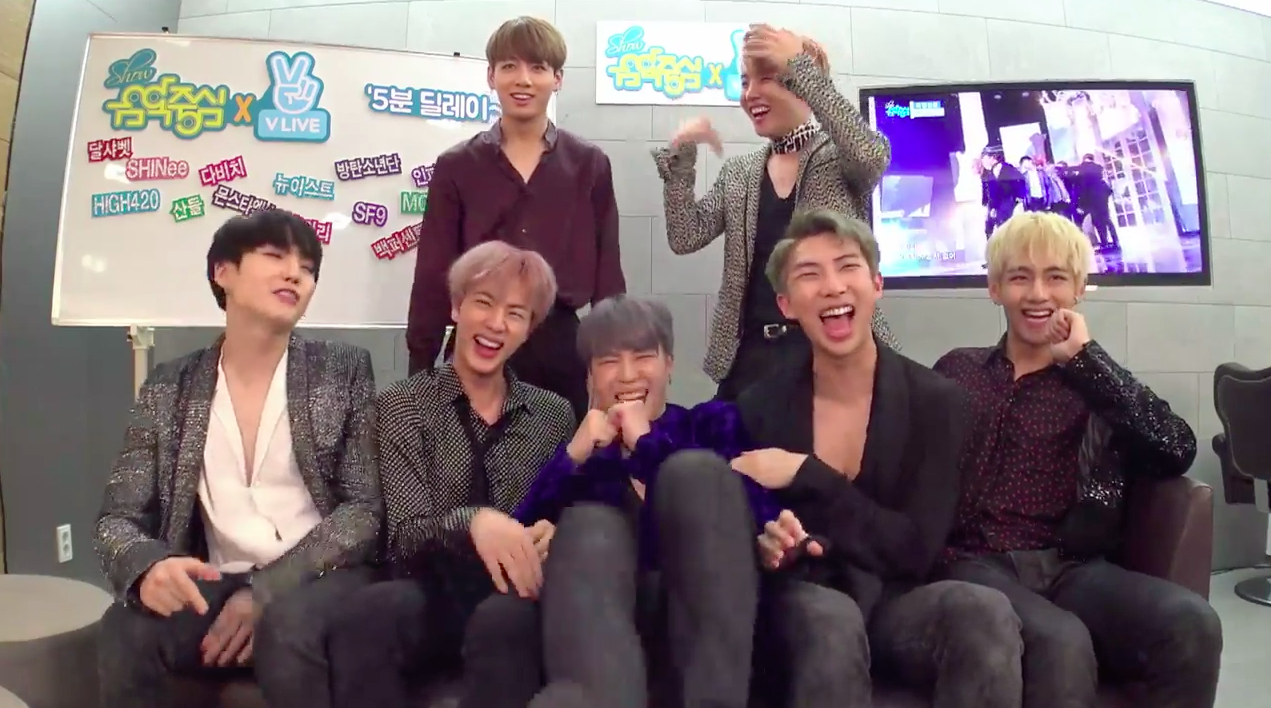 During October 15’s episode of MBC’s “Music Core,” the music show teamed up with Naver’s V app to broadcast artists and groups’ reactions to their own performances!

The show is entitled “Five Minute Delay” because the performances on “Music Core” are broadcast on television five minutes after they are recorded. The episode shows each of the groups and artists taking a turn on a sofa backstage to watch themselves on screen!

Their reactions include plenty of hilarious and fun moments as group members both compliment and tease each other, as well as give each other constructive criticism as they monitor their performances. For example, BTS’s Jimin can barely live as he waits for Suga’s dramatic expression in his close-up (which cracks them all up), and J-Hope (ever the dance leader) gives the guys a bit of a pointer on how they do a dance move in “21st Century Girls.” 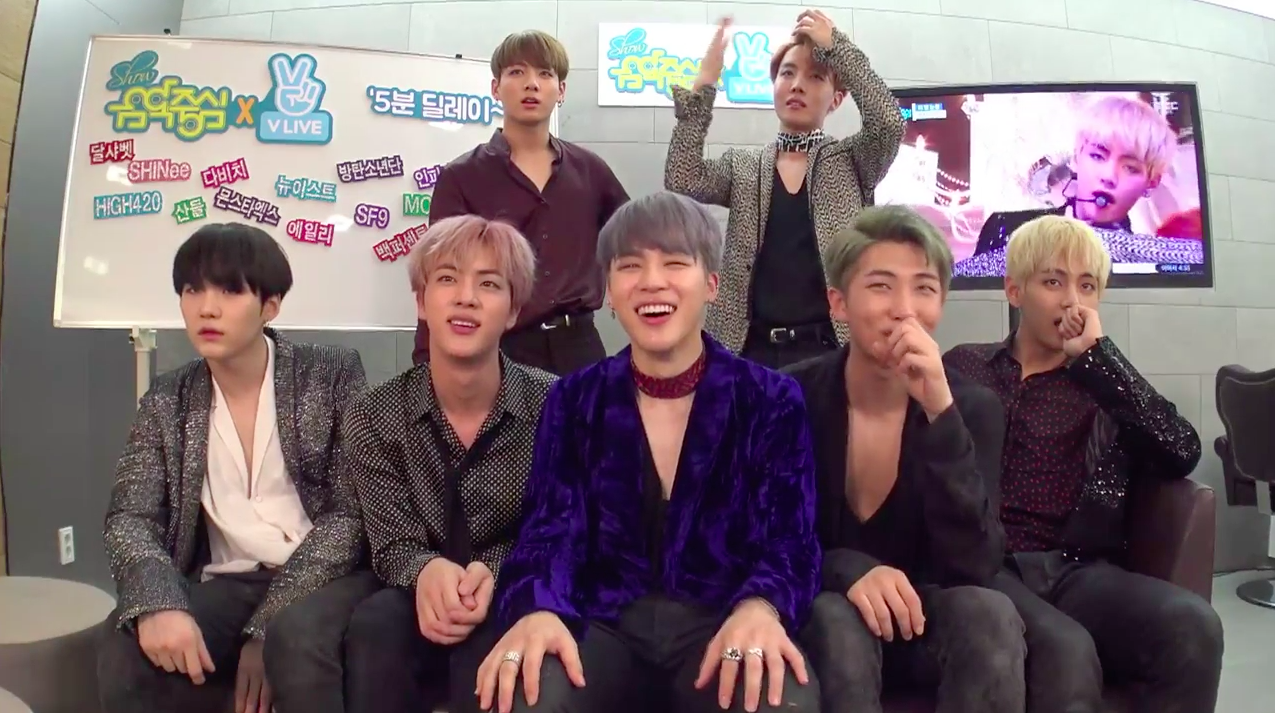 There’s also a lot of fun interaction between the artists, such as when Ailee shows up for her turn after Davichi and asks the duo to stay with her, and B1A4’s Sandeul ends up joining all of them on the sofa so that the four of them watch Ailee and Sandeul’s performances together.

GOT7’s Jackson says to his members, “Do you know why I’m so good on stage? It’s because I learned so much from SHINee,” right before SHINee appears to take their turn and Jonghyun excitedly dances to GOT7’s “Hard Carry.” 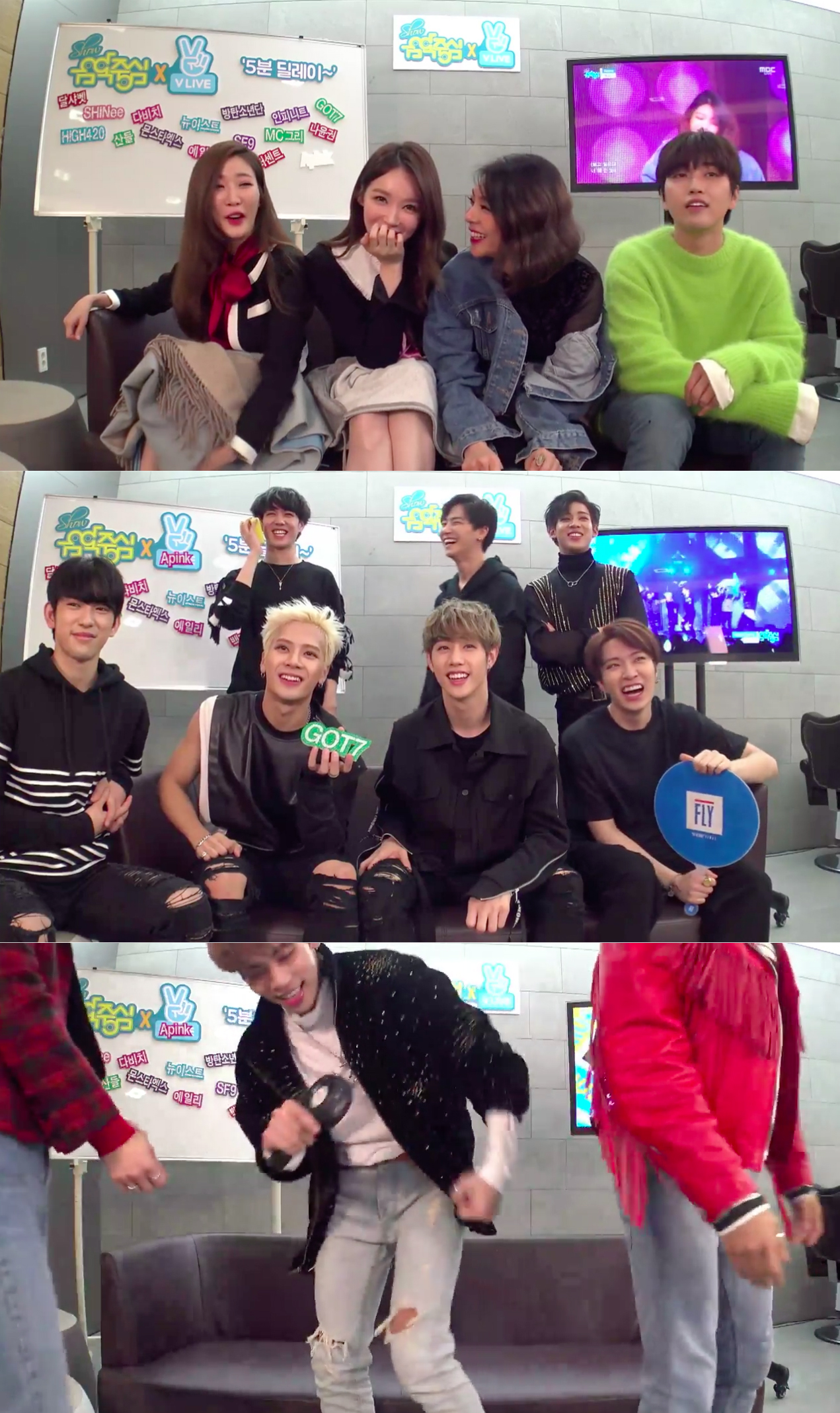 You can also watch this week’s episode of “Music Core” to check out the performances yourself here.

Do you like this new idea for a live reaction show behind the scenes at “Music Core”?