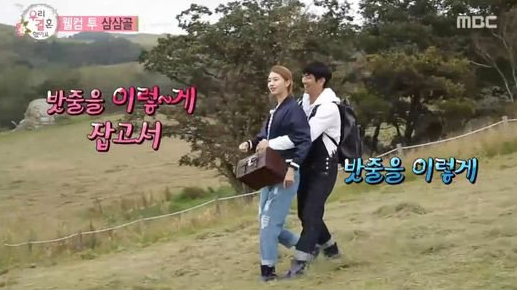 On the latest episode of “We Got Married,” MADTOWN’s Jota and model Kim Jin Kyung go on a sweet vacation to the Taebaek Mountains in eastern South Korea. The mountains are known to be a location for the 2005 film “Welcome to Dongmakgol,” which was a huge critical and commercial success.

During the episode, the couple talks about a particular scene in the movie where they catch wild pigs. Kim Jin Kyung says, “Do you remember how to catch the wild pigs? You grab them like this.” Jota then says, “Like this?” and he comes up from behind to grab Kim Jin Kyung in a sweet back hug.

Jota continues to show his affectionate side as he brings out a special gift that he got for his virtual wife. After going on a treasure hunt, she finds a treasure box with a watch inside it. She smiles as she says, “This is my first time getting a watch as a present.” A note inside the treasure box reveals a letter from Jota that says, “I want to spend my time with you.”

Kim Jin Kyung is touched by his thoughtful present and says, “From now on, ask me for the time.” 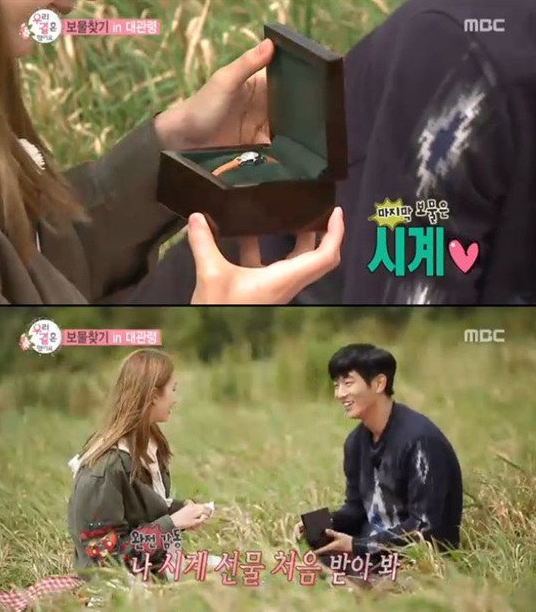 In her interview with the writers, she reveals, “He doesn’t put ‘us’ as the center, but always puts me as the center. When he picked out the watch present, he didn’t say ‘our time’ but he instead said ‘your time.’ I got a bit teary-eyed at that.”

Check out the sweet episode on Viki below!