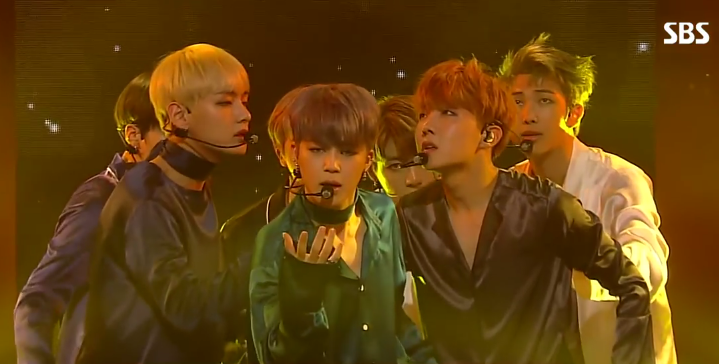 After the recent postponement of the “Inkigayo” results, SBS has released the results on their official “Inkigayo” chart on October 24 KST. Based on the chart, BTS came in first with their track “Blood Sweat & Tears,” Davichi came in second with “Beside Me,” and Crush was third place with “Fall.”

On the October 23 broadcast of SBS’s “Inkigayo,” the show concluded a little differently from usual.

For this week, candidates for number one included BTS with “Blood Sweat & Tears,” Davichi with “Beside Me,” and Crush with “Fall.” However, the episode concluded without the winner results. Instead, the production team explained that the winners would be announced after the broadcast on the music show’s official homepage.