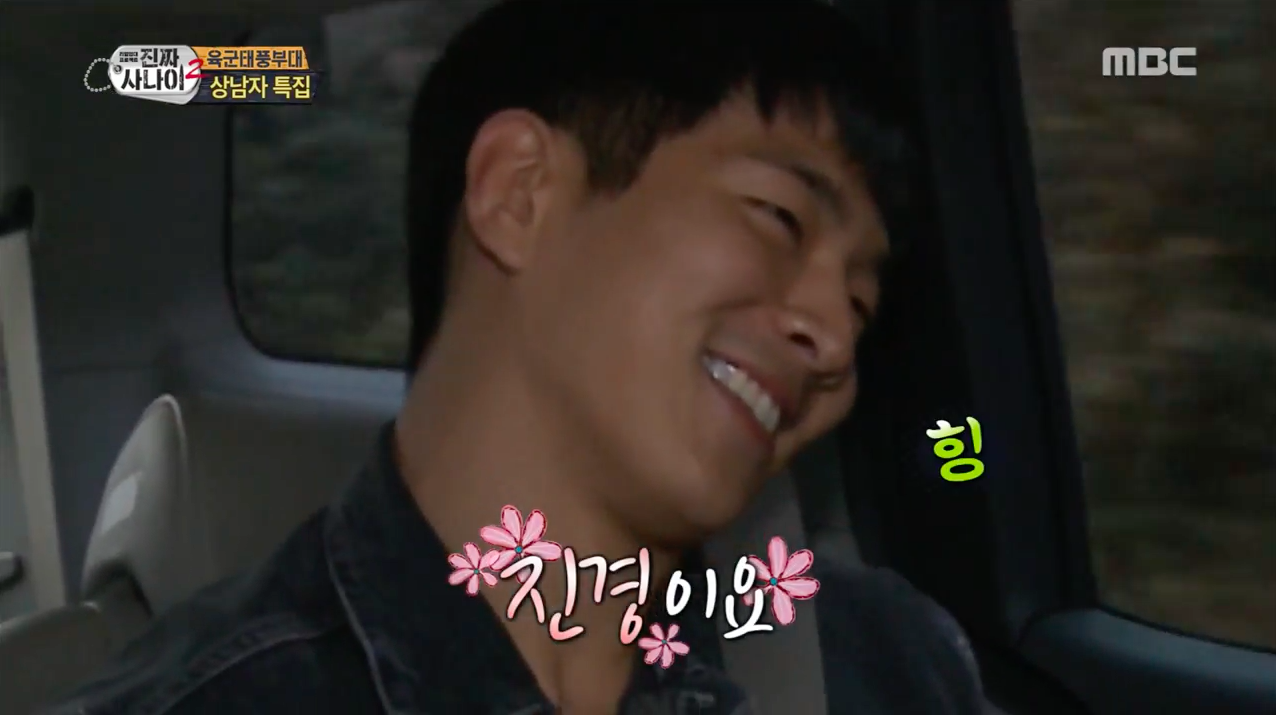 On October 23’s episode of “Real Men,” MADTOWN’s Jota enlists in the army for the show’s “manly men” special!

As he’s traveling to the enlistment center, he’s asked by a crew member about who he’s thinking about the most before he enlists. “Kim Jin Kyung,” he replies with a goofy grin.

“I wore my ring too!” he says and shows it off to the camera. “I should have brought a photo.”

Jota and model Kim Jin Kyung have been appearing together on the virtual romance show “We Got Married” since this May, and have won over viewers with their adorable relationship.

Watch Jota in this week’s episode of “Real Men” below!

Madtown
kim jin kyung
Jota
We Got Married
Real Men
How does this article make you feel?