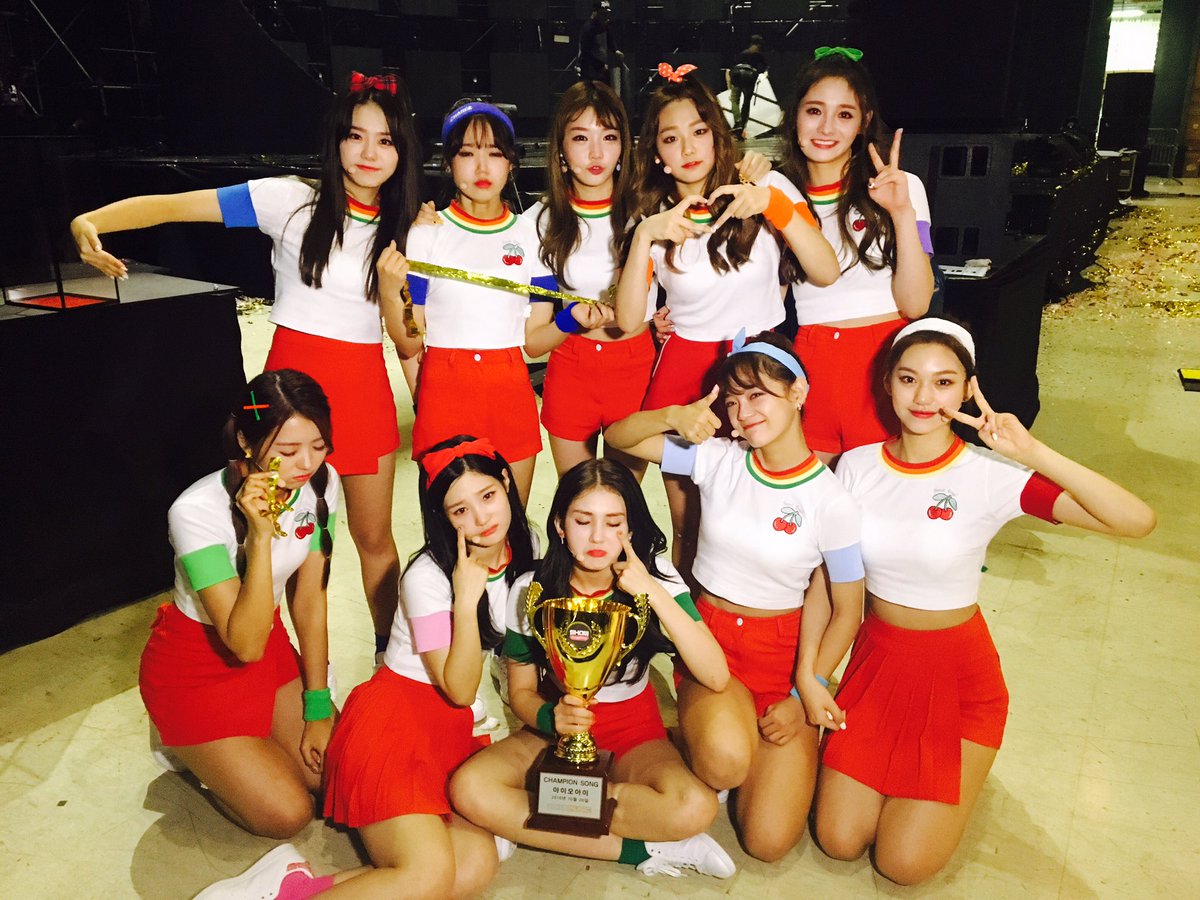 I.O.I has taken home their first ever music show trophy as a full group with their new track “Very Very Very”!

On October 26’s episode of “Show Champion,” I.O.I was up against Davichi, Park Hyo Shin, BTS, and Bolbbalgan4 for the win. When they take first place, the girls are clearly moved by the win. Jeon Somi thanks Park Jin Young for writing their song and also their parents, while Kim Doyeon says, “We love our fans so much! I think we were able to get first because of our fans. And thank you to our parents, we love you!” Kim Sohye also cutely wishes her younger sibling a happy birthday.

Kim Sejeong tears up as she thanks everyone for giving them the great memory of this moment, and says, “We’ll work hard as our full group!” Many members cry during their encore and they end up in a group hug, as well as give a shout out to their member Yoo Yeonjung who wasn’t able to be there.

I.O.I’s seven-member sub-unit previously won music show trophies for their track “Whatta Man,” but this is their first win as a full group.

Watch their special stage, performance of “Very Very Very,” win, and encore below!

Watch some of them below!

Soran – “I Want To Be Only One Who Knows”