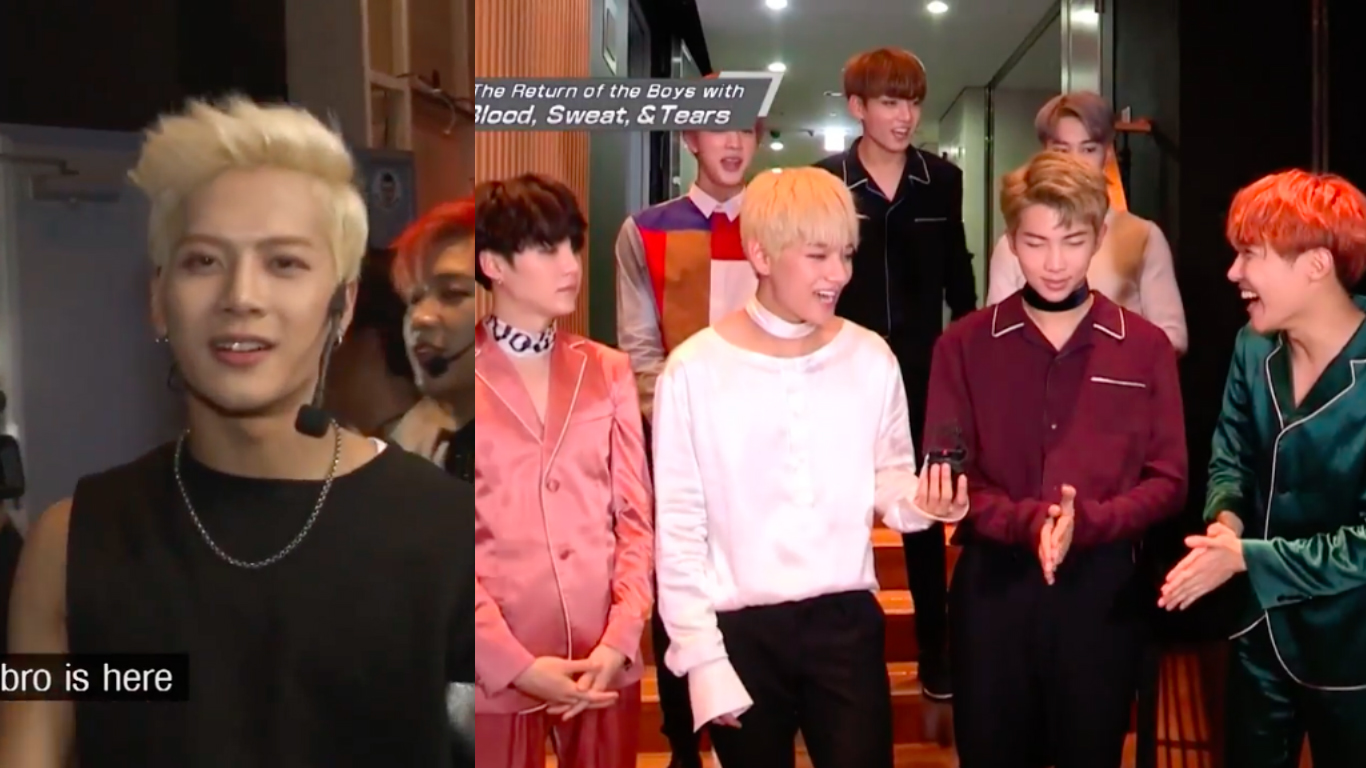 GOT7’s Jackson Shows His Love For BTS Backstage At “M!Countdown”

A recently uploaded clip from last week’s “M!Countdown” follows BTS as they get ready for their performance, meet some of their fellow idol friends, and celebrate their win!

The video shows Jin happily bumping into his good friend Sandeul of B1A4 backstage, and Sandeul laughs and makes fun of the way Jin sounds like an old man as he greets him. 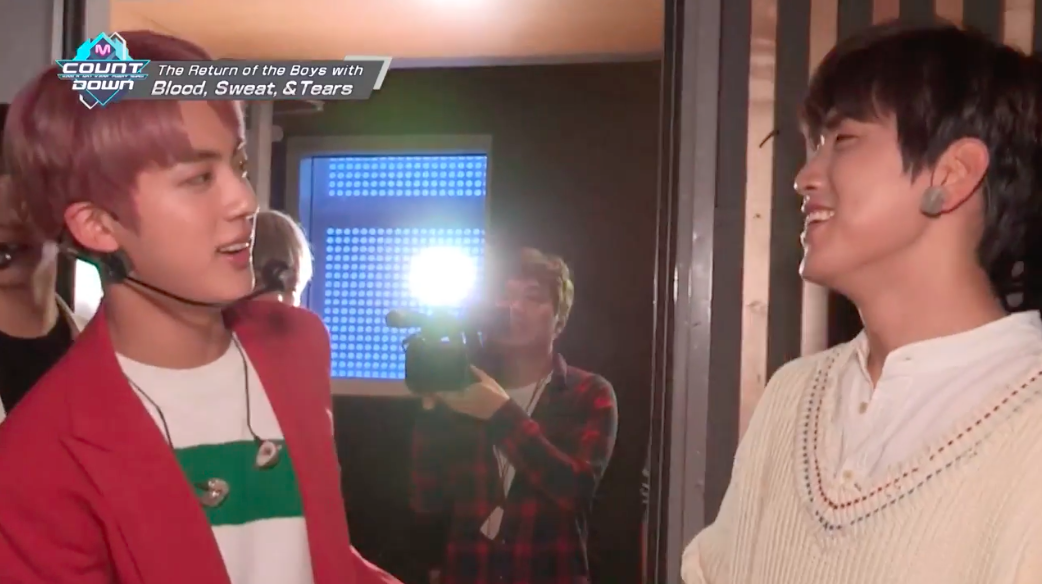 The guys also meet GOT7 as they’re headed off stage, and Jackson greets Suga with a hug before saying to the camera, “Our sugar hyung is here!” which makes his fellow members crack up. 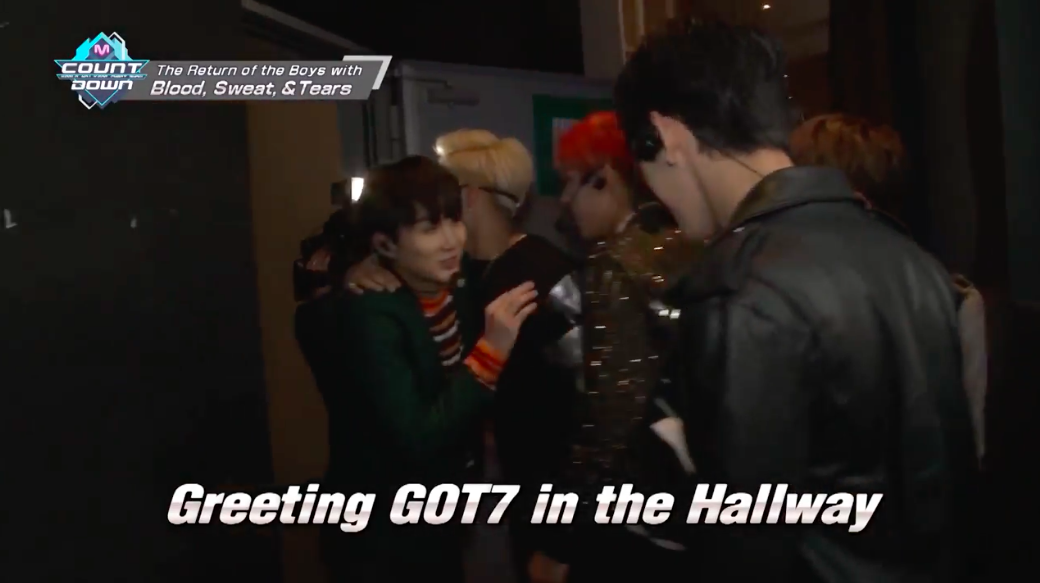 Rap Monster later tries to slip by Jackson after bowing to him, but Jackson grabs him around the waist and asks him, “Why are you always so cold to me?” Rap Monster protests, “When was I?!” but then admits that Jackson’s nicer to him. 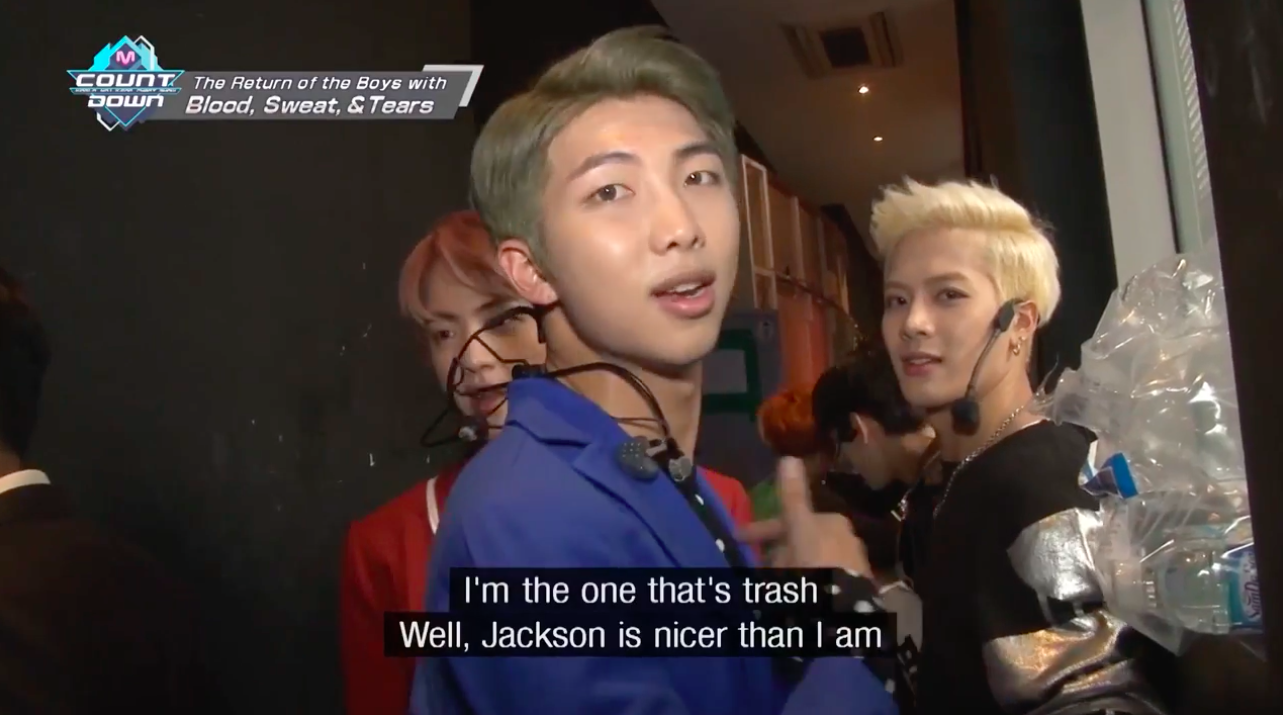 Support the artist by buying BTS – WINGS from YesAsia
GOT7
BTS
Jackson Wang
B1A4
Sandeul
M!Countdown
How does this article make you feel?