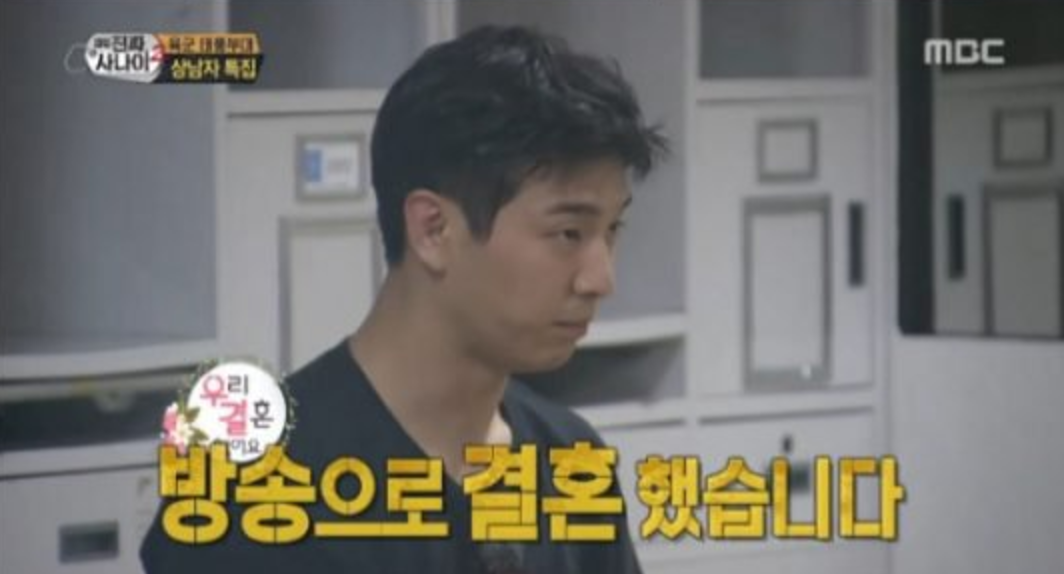 MADTOWN member Jota is staying fiercely loyal to his virtual wife Kim Jin Kyung, even as he enlists in the army for MBC’s “Real Men.”

On this broadcast, the cast members undergo a check of their personal belongings. The platoon leader tells Jota, “Open up your hand. Why are you wearing a ring?”

Jota answers, “It is a wedding ring.”

The platoon leader then retorts, “Is that a real marriage? Isn’t that a virtual marriage? Are you joking with me?”

In his interview later with the writers, Jota says, “I’m always thinking to myself that I am married,” as he smiles to the camera.

Madtown
kim jin kyung
Jota
We Got Married
Real Men
How does this article make you feel?