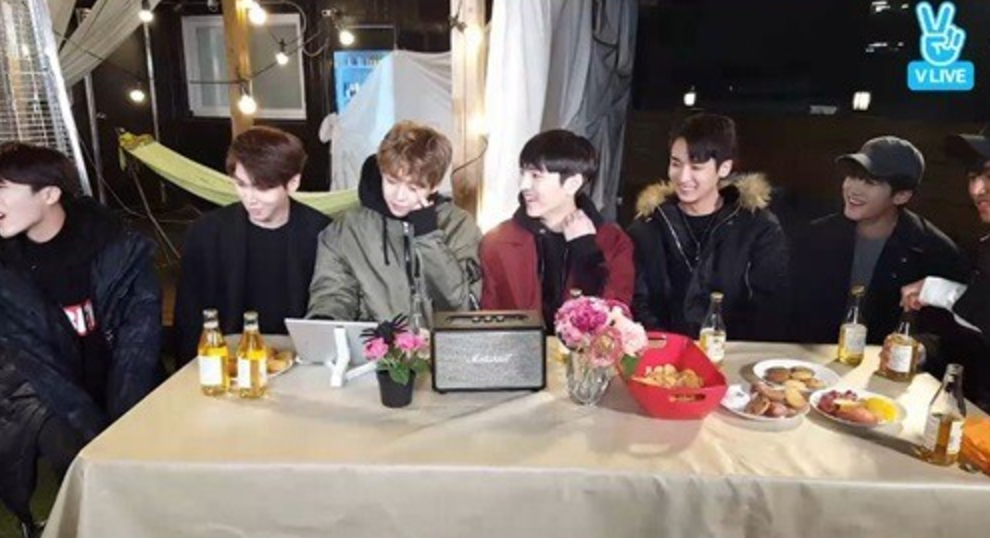 PENTAGON Reveals What They Sang During Their Auditions

CUBE Entertainment’s newest boy group PENTAGON held a live broadcast on the Naver V App and reminisced about their first days in the company.

On October 30, PENTAGON, who debuted on October 10 with their new track “Gorilla,” opened up about what songs they sang during their auditions to join the company. In the broadcast, Yeowon says, “When I auditioned, I sang a song by Huh Gak.” The other members persuade him to sing a part of the songs and his sweet voice brings the group to applause.

Jinho says, “When I auditioned, I sang a song but I tried a bunch of songs. There was about seven songs.” One of the songs he sang was Journey’s “Open Arms,” and he too gave a short tidbit of his singing.

The other members add, ‘When we were trainees, when someone would come for an audition, we would observe from the outside but when Jinho hyung sang, his voice carried so loudly outside of the room that we were surprised. He sang so well.”

Yuto shares, “My voice is low. Instead of singing, I did a rap in Japanese.” Later in the broadcast, Wooseok also shares a bit of the song he sang as well.