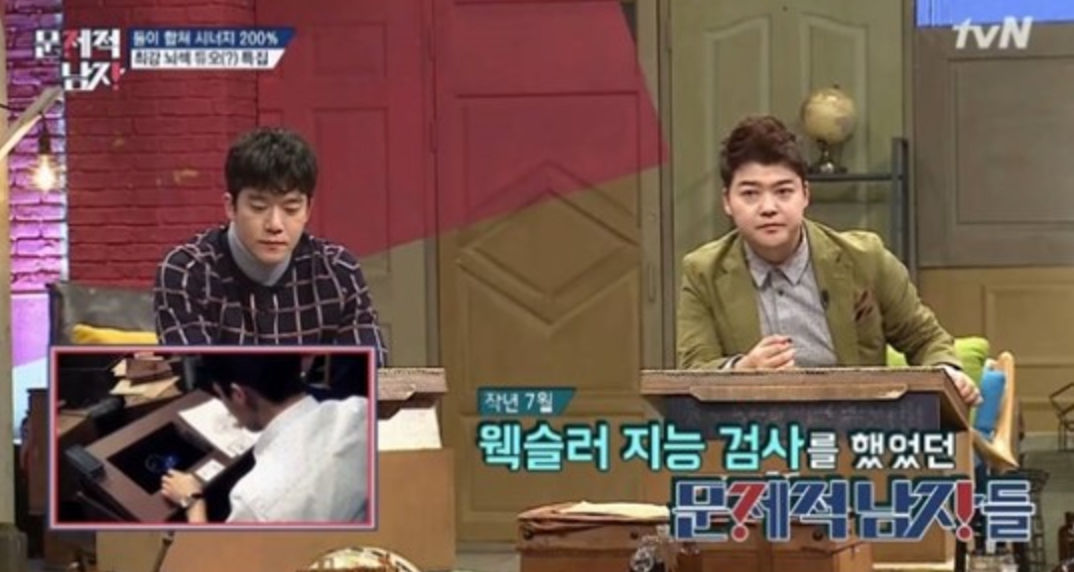 The cast members of tvN’s “Problematic Men” receive their results for an IQ test, which reveals some surprising scores!

On the October 30 broadcast, the staff of “Problematic Men” reveal the results of an IQ test the members took back in July. The IQ test they took is called the Wechsler Intelligence test, with 100 being the average score. Any scores higher than 100 indicate a “higher than average intelligence,” while scores over 130 are considered to be “Very superior.”

Park Kyung is shown to have the highest, with a score of 156. The Block B member recently drew attention for his admission into Mensa International, a non-profit organization open only to those who score within the top two percent of an intelligence test.

Problematic Men
How does this article make you feel?