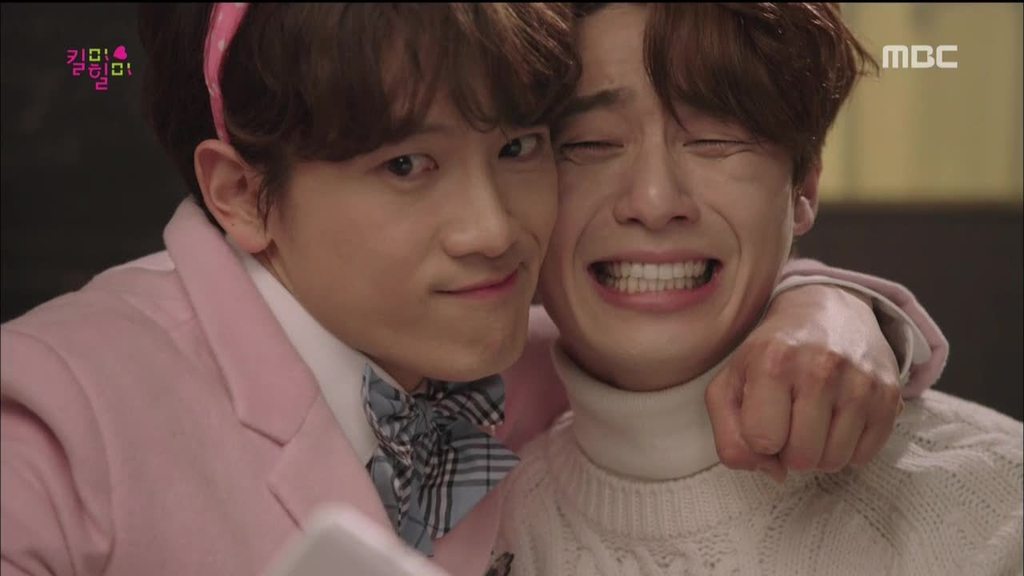 Who doesn’t love a sweet romantic comedy? It’s got all the best makings of an epic K-Drama: pretty female lead, hot male lead, destined to be doomed second-lead, and an adorable plot that drives the drama. What’s not to love?!

If you’re looking for some new (or old) dramas to watch that are sure to make you laugh and swoon simultaneously, check out Viki’s most popular fan collection, “Comedy Romance.”

Here are five dramas from the collection that are guaranteed hits! You really can’t go wrong with this one. Jo In Sung plays a schizophrenic writer and Gong Hyo Jin plays a psychiatrist who’s had bad luck in love. When the two meet by chance and even become roommates, it sets off a whirlwind of romance that keeps you cheering for the couple until the end.

Besides the amazing acting of Jo In Sung and Gong Hyo Jin, the story-line is definitely one-of-a-kind. The general theme of the drama is mental illness, but the story-line manages to keep the tone of the drama light and not too intense. Not to mention the rest of the stellar cast, which includes Lee Kwang Soo, Sung Dong Il, EXO’s D.O., and Lee Sung Kyung — this cast has amazing chemistry together, which is not easy to find. There were also many parts throughout where I couldn’t help but get butterflies because of the one-liners and adorable smirks from Jo In Sung. This is definitely a drama that everyone should watch!

This is probably my favorite K-drama of all time. Although it’s an older one, it stands the test of time as it’s got an amazing script and it’s so fun to watch (I bet you’ll stay up all night marathon-ing this one)! You can see the chemistry between the two leads and it’s also got some famous scenes that are still being parodied today, like the one above.

Ji Sung plays Cha Do Hyun, a wealthy protagonist with a lot of baggage. He suffers from multiple personality disorder as a result of a traumatic event that happened when he was a child. With the help of a resident doctor named Oh Ri Jin (Hwang Jung Eum), Cha Do Hyun must face his demons and come to terms with his past in order to be cured of his illness. On this journey, the two discover a lot of secrets that bring the two closer together. I was pleasantly surprised with this drama as I didn’t really expect much from the get-go. I have to point out that Ji Sung’s acting ability is top notch in this drama (he even won several awards for his performance)! It’s almost worth watching the drama just to see Ji Sung act out the different personalities — he even has a female part, which is hiiiilarious.

Side note: This is also the second drama where Ji Sung and Hwang Jung Eum are starring in together and it’s obvious why; their chemistry is through the roof!

4. Fated To Love You

Lee Gun (Jang Hyuk), the president of a company, and Kim Mi Young (Jang Nara) accidentally spend a night together that results in her getting pregnant. Lee Gun is forced to get married to Kim Mi Young, but he can’t stand being with her, which is where the second male lead comes in, played by the charming Choi Jin Hyuk. This love triangle gets messy, intense, and really emotional — what more could you ask for in a drama?

I’m not gonna lie. I watched this drama multiple times and I can’t get sick of it. Jang Hyuk’s character is just so hilarious and lovable. Not to mention him and Jang Nara are too cute together! It’s such a well-written, well-produced drama and it’s guaranteed to tug at your heart-strings. You might find yourself crying at certain moments! This drama will also give you the worst case of second-lead syndrome EVER, so prepare yourself.

This coming-of-age first love story is the first in the Reply series and probably the most comedic one. It follows the relationship between Sung Shi Won (Jung Eun Ji) and Yoon Yoon Jae (Seo In Guk). Having grown up together, Shi Won sees Yoon Jae as a friend or more like a brother. Yoon Jae, on the other hand, starts to realize that he has feelings for his childhood friend.

Whether you’ve had a first love or haven’t had a first love, this drama will totally give you the feels. It’s got all the cliche K-drama moments, but it’s still so endearing. It’s the perfect drama for anyone who fangirls over their favorite K-pop boy groups. I can’t forget to mention the ADORABLE duet songs that the two main leads sing on the OST. You have to listen to it because it’s life.

Side note: This drama also features one of my favorite K-drama confession scenes. Ahhhhhh!

Soompiers! Which of these romantic comedy K-dramas is your favorite? Let me know in the comments below!

If you’re looking for some other dramas to suit your mood, make sure you check out the other fan collections located here. The options are endless!

binahearts is a Soompi writer who can be most often seen singing her heart out at karaoke, walking her dog, or indulging in dessert. Her current obsessions include Song Joong Ki, Big Bang, and The K2 (Ok, more Ji Chang Wook). Make sure you follow binahearts on Instagram as she journeys through her latest Korean crazes!